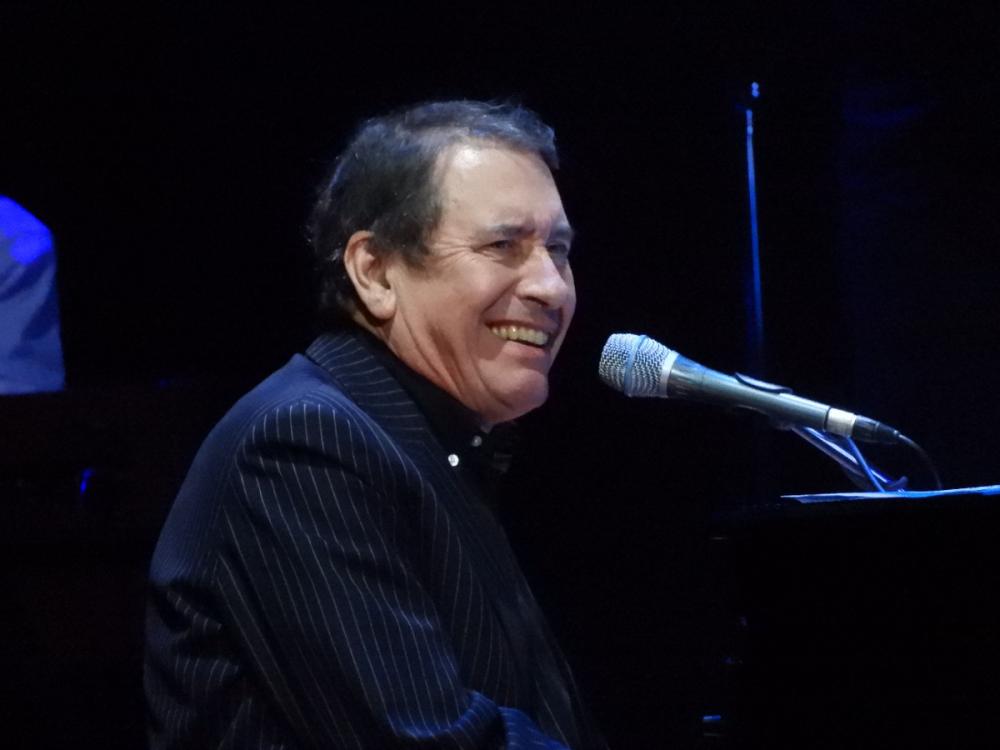 Jools Holland
“I heard that they once wanted to knock this place down” said an astonished Jools Holland as he appeared on stage at Sheffield City Hall with his Rhythm and Blues Orchestra.

Describing the historic venue as “one of the best concert halls we play in” the keyboardist and singer was in his element throughout the concert – I have never seen him so animated and exuberant appearing genuinely pleased to be performing in one of Yorkshire’s finest concert halls.

A Jools Holland concert is never just about himself – throughout the evening he gave each member of his band a chance to share the spotlight, announcing them like an appreciative head teacher proudly introducing his star pupils.

He relies greatly on the songbook of artists such as Count Basie and his orchestra as well as Ray Charles – their songs are intermingled with his own tracks such as Morris Dance, the opening number of the evening which gave the impression that his orchestra were warming up for the main event.

One of his own compositions, Forgive Me has been covered by Sir Tom Jones, a fact which Holland was quick to point out before singing the original version of the blues inspired track.

His two backing vocalists Louise Marshall and Sumudu, the latter fresh off a Van Morrison tour, proved that as solo performers they could compare with any of the night’s star guests. The thrill of attending one of Holland’s concerts is that you never know who he is going to introduce next. it was hard not to argue with Holland as he welcomed Lulu, “one of Britain’s best female vocalists”. The diminutive singer convincingly sang Hit The Road Jack and Unchain My Heart - the Ray Charles number that has also been covered by Sheffield born Joe Cocker. 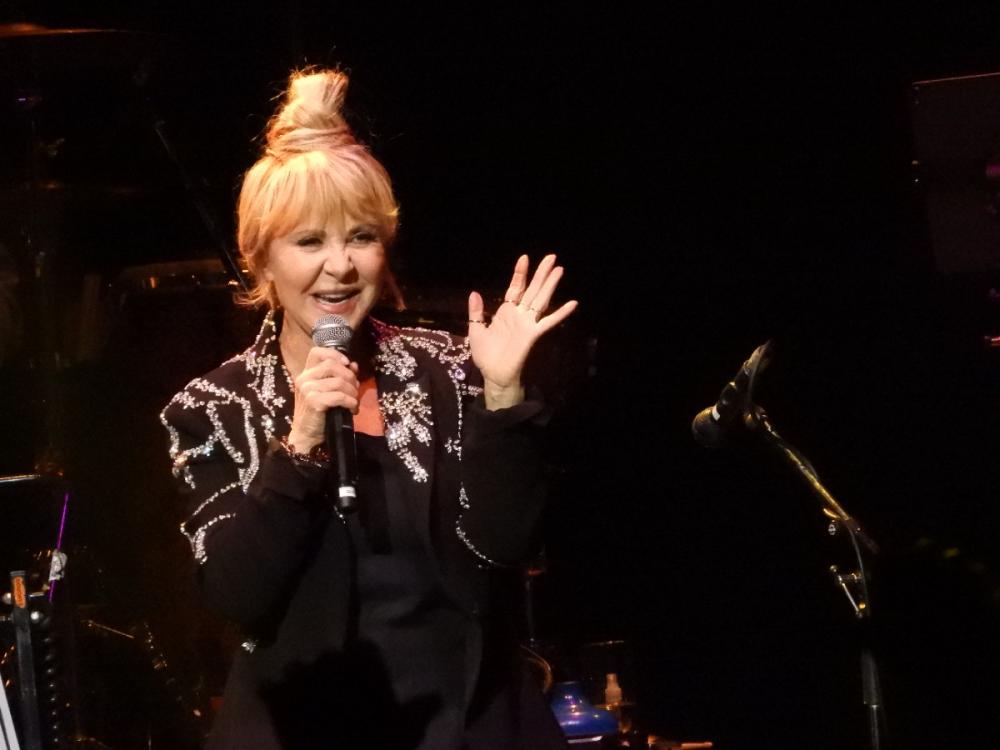 Lulu
Of course, Lulu could not have left the stage without performing Shout, as she sang the track with ease, Holland looked on in awe as the song reached its crescendo. Although her time on stage had been short Lulu made an impression Lulu that will last a long time in the memories of the sold-out audience.

The revelations continued as Sheffield’s very own Richard Hawley graced the stage – the admiration between Hawley and Holland was apparent – between them they share the same influences and respect for the fore founders of the Blues and Boogie Woogie. 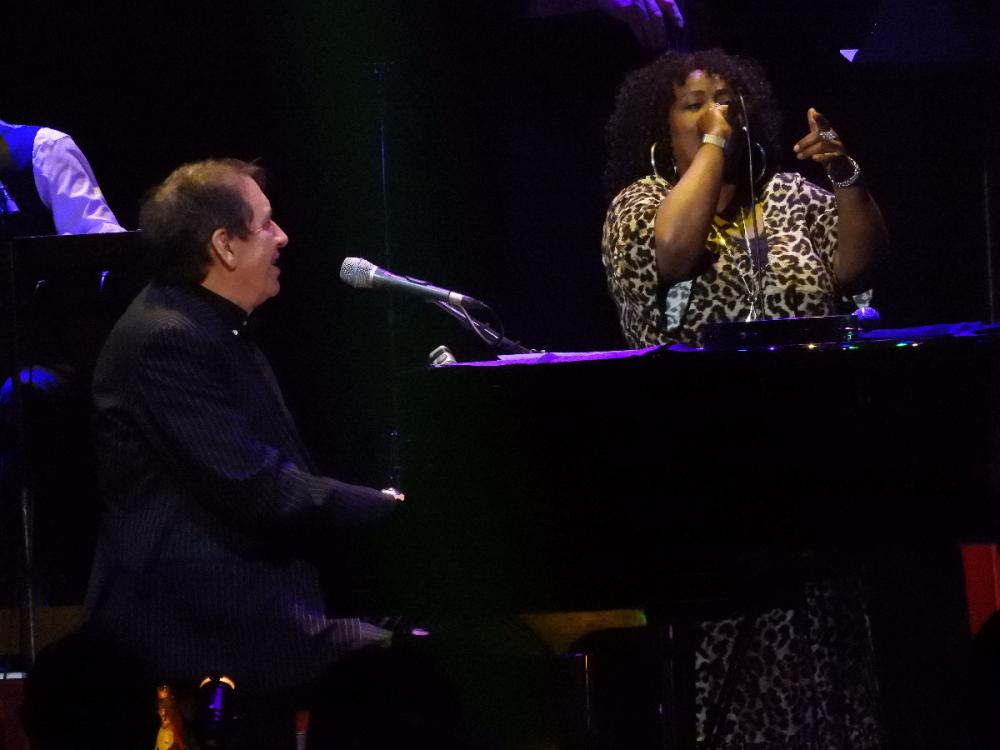 Jools Holland and Ruby Turner
No Jools Holland concert is complete without the powerhouse vocals of Ruby Turner, and as the soulful singer brought some disco vibes to the proceedings with The Informer the song showed that the underrated singer ranks alongside some of the greats such as Aretha Franklin – praise indeed. Covering Lorraine Ellison’s Stay With Me Baby, Turner made the track her own as she appeared to be singing from the heart with conviction. 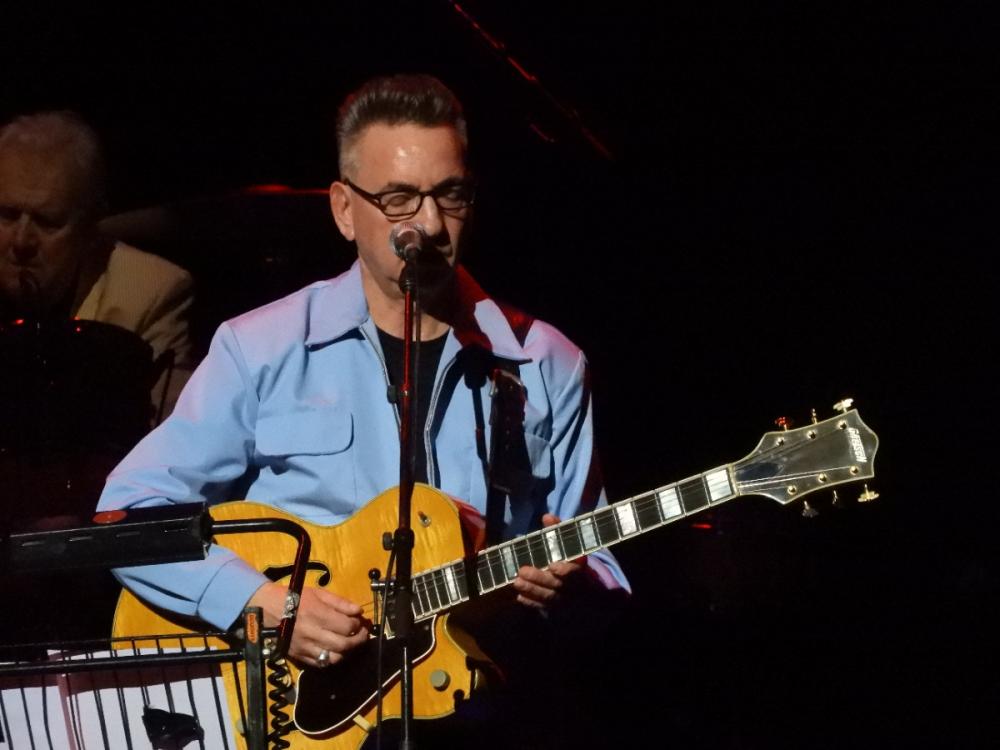 Richard Hawley
By the time the two hours on stage had flashed by, Holland brought back Richard Hawley to join in with the rest of the orchestra of an airing of The Beatles’ All You Need Is Love. As the audience sang alone the atmosphere seemed to be communal and joyful, sentiments replicated in Enjoy Yourself (Its Later Than You Think).

His fans return to see Holland and his orchestra year after year, after this evening’s stellar offering it was easy to understand why - a consummate and engaging presentation.

The tour continues with further dates in the north: