Jamie Cullum – The Pianoman Returns After A Long Interval 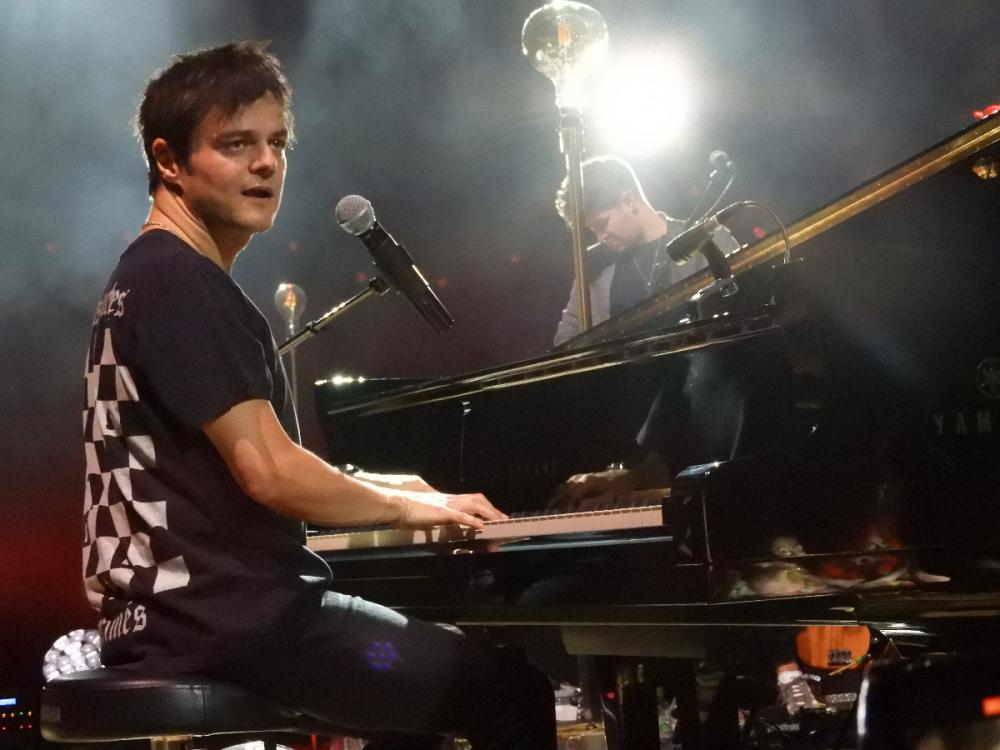 Jamie Cullum finally arrived at Manchester’s Bridgewater Hall on a tour that originally started over two years ago. The last concert I saw before the first lockdown, over 18 months ago, was seeing him in York. In-between times Cullum wrote and recorded a Christmas album, but for his fans, it certainly has been a long interval between the York performance and now.

Most the audience had bought their tickets over two or three years ago. With this in mind Cullum, wasn’t going to let his fans down. Delivering over a two-hour set, it felt like he had never been away. 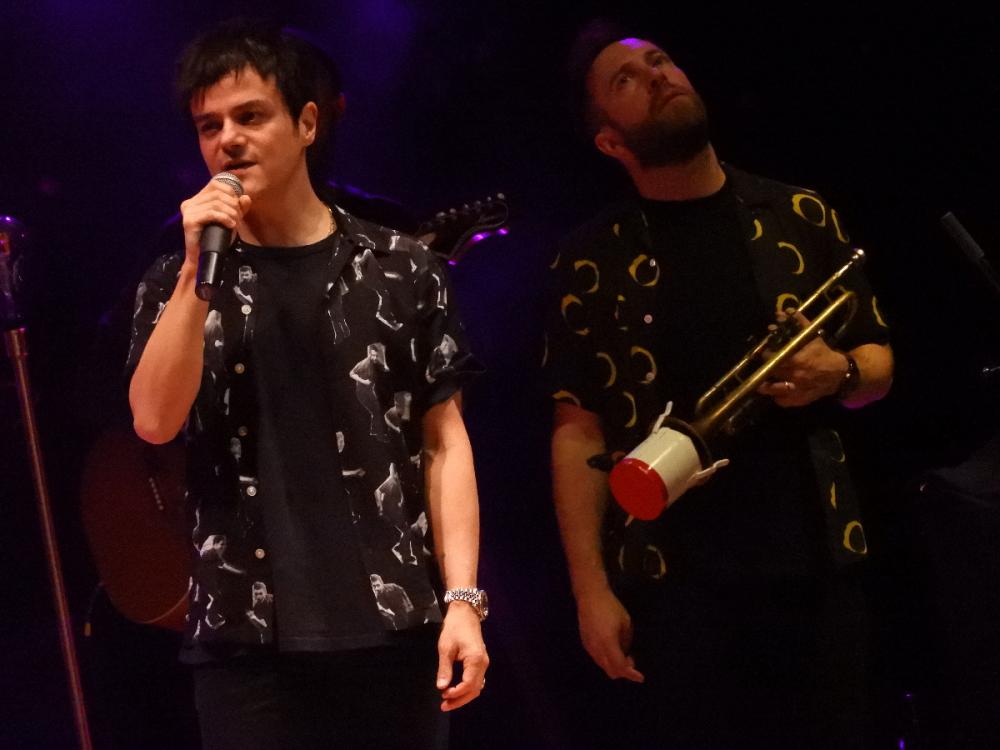 The 'Age of Anxiety', which won him an Ivor Novello songwriting award, was a good choice to open the evening. It wasn’t long before the jazzy interludes came to the fore as he and the band broke into an instrumental on 'Get Your Way'.

He might have been performing 'These Are The Days' for over 15 years, but in these Covid times, we are living in the lyrics of the song, which now have a new meaning.

Now aged 42, the youthful-looking Cullum can still get away with singing 'Twenty Something'. The song was given an energetic dance routine by backing singers-cum dancers, Marc Henderson and Aisha Stewart, which gave the track an unexpected surprise, and Henderson even gave an Olympic gymnastic backwards somersault!

'I Get A Kick Out Of You' returned Jamie Cullum to his old jazz roots, but it was the classic jazz line up of drums, double bass and piano that saw 'Frontin'' and 'What A Difference A Day Makes' take him back to the first time I saw him in concert at the Leadmill in Sheffield in 2003. 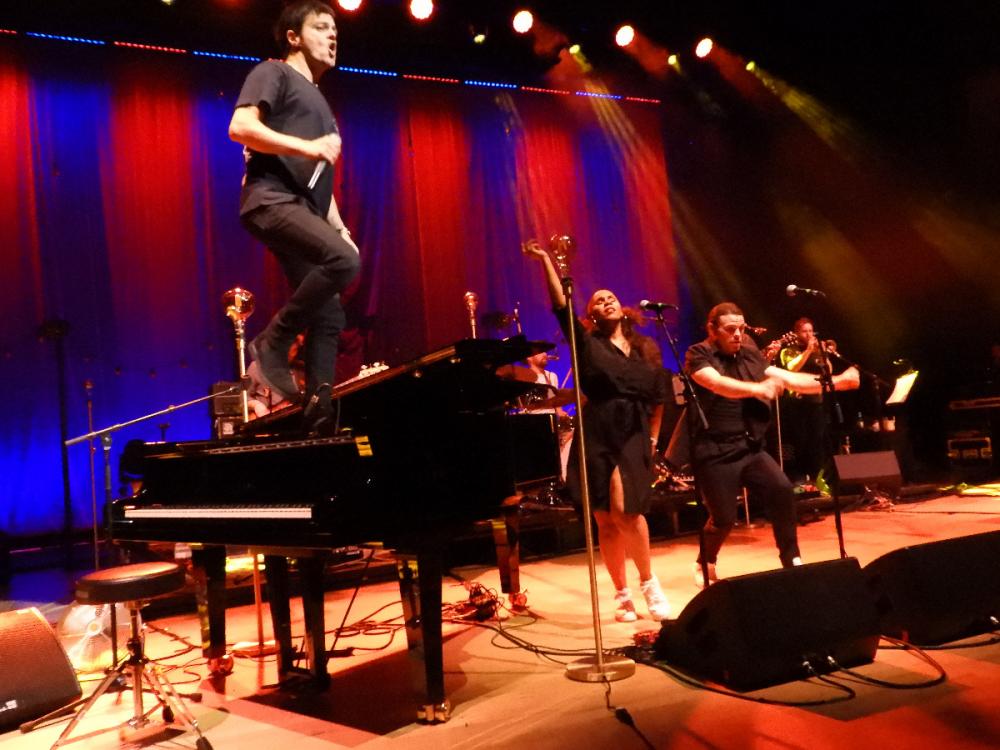 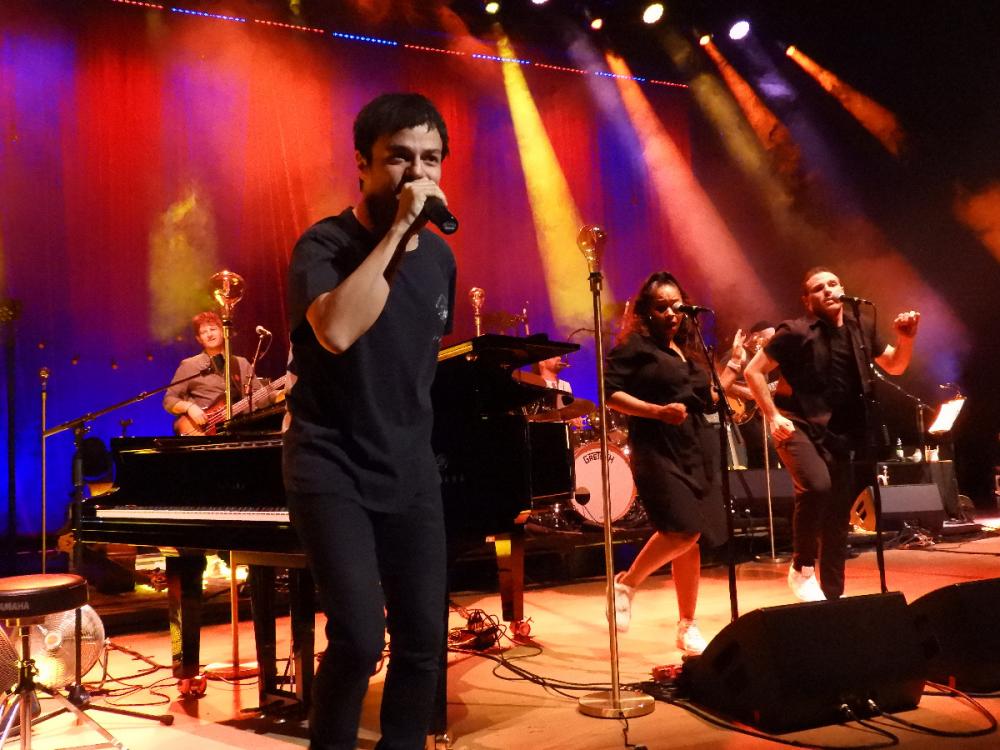 ]
He still climbs on top of his grand piano as he did back then, though when he jumped into the audience and encouraged the fans to come down to the front of the stage, that was when the party really began as he enthusiastically played 'You and Me are Gone'.

He probably has sung 'Amazing Grace' many times when he was an unknown piano player and entertained on the cruise ships, yet he still makes the song sound fresh. 'All at Sea' followed in quick succession – aptly chosen as the lyric is all about his time working on the seas. With both tracks being performed with just him on stage as the spotlight picked him out, you could almost hear a pin drop as the audience listened in awe.

'Gran Torino' closed a night that had been worth waiting for on this grand tour through his back catalogue.