Interview With The Brooks 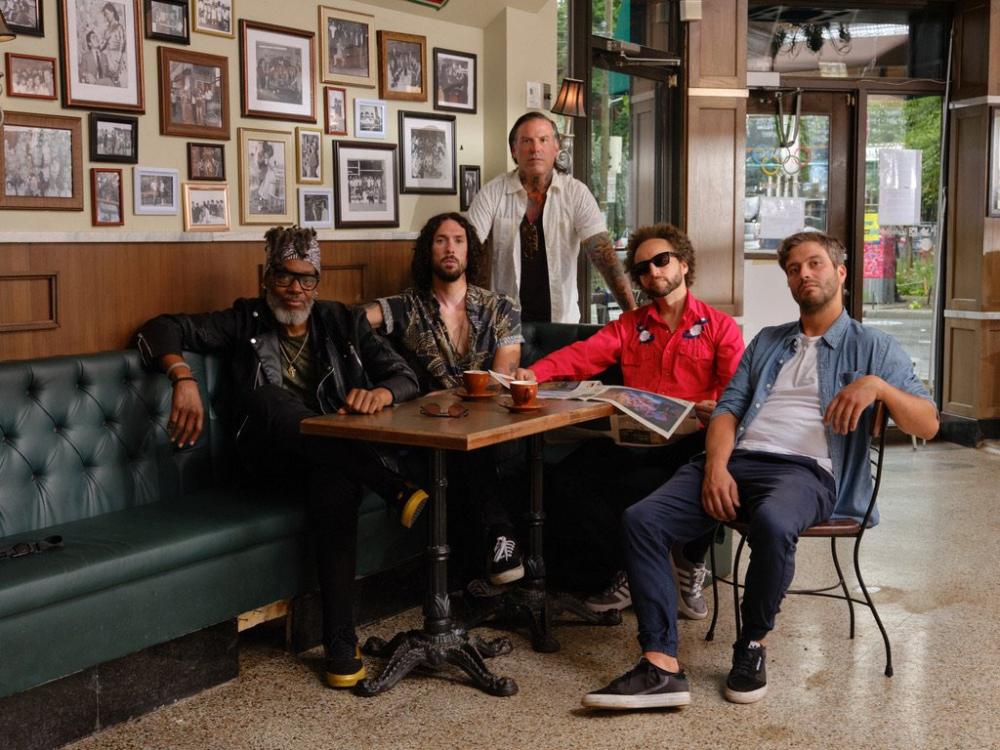 Named 'best kept secret of Canadian funk' by the Quebecois newspaper La Presse, The Brooks are a band of accomplished musicians, well-known in the soul/funk scene across the Atlantic. Expert instrumentalists led by Alexandre Lapointe create a dazzling combo with frontman Alan Prater - an incredibly energetic showman who has worked alongside some of the biggest names in the music industry. As the band were set to give their debut performance at the Nice Jazz Festival I caught up with the band backstage.

When you perform live, is it hard to choose which songs to perform?

Alexandre: We have three records to choose from so yes, it is a bit of a problem choosing a set list but we try to give people a good overview of our work.

Who are your influences?

Alan: Maurice White from Earth, Wind and Fire, George Clinton, James Brown all have to in there. Their music has stood the test of time, it does not belong to any era.

You are singed to a French record Label, Underdog Records, is there a story behind that?

Alexandre: We used to work with people from that team a few years ago and they are really good friends with our booking agent so really it all seemed so natural and it all came together when we signed to Underdog Records.

There is a track on the new album entitled The Crown about Norte Dame Cathedral in Paris and the fire, what made you decide to write the song?

Alan: We were recording the album when the fire happened and we thought that we should write a song about it, we have always liked Paris and Notre Dame Cathedral really is the crown in Paris as far as we are concerned so that is the reason why the song has that title - The Crown.

Alexandre: I think too that the song is a good example of how we work together as a team, we all worked together to try to make the song better and Alan came to us with the idea of doing the song, some of us were initially not too comfortable doing the song, so we talked with Alan and vice versa about the reason why we should record the track.

In between the songs on the new album there are snippets of classical music, whose idea was that?

Alexandre: I didn't want us to repeat ourselves from the last album and all those artists that we respect like Issac Hayes and Frank Sinatra and Marvin Gaye they never repeated themselves so we tried to go back in time, we have always loved classical music, I think the contrast between our band and classical music works well. We have so many other influences too - I even used to play in a punk rock band whereas Alan is from a funk and soul music background. All these influences come together in The Brooks.

Did you tour once with Michael Jackson?

Alan: Yes, it was me, though it feels like another lifetime ago. He was in tour in Canada and we heard he wanted a horn section in his band when he toured there, we got ourselves in a situation where he could hear us and he liked what he heard so we got the gig.

Did you ever see in concert any of the artists who have influenced you?

Alexandre: I was going to see James Brown at one of his last concerts but I didn’t make it. I wish I could have seen him at the pinnacle of his career. I saw the Beach Boys recently but it wasn’t like seeing The Beach Boys, it felt like a more watered down version.

What would you say to anyone who has yet to discover The Brooks?

Alan: Because it is unique and there is nothing around that sounds like us, our music will put a smile on your face and make your feet move with the soul putting the beat back into your heart.

The Brooks latest album Any Day Now is out on Underdog Records.