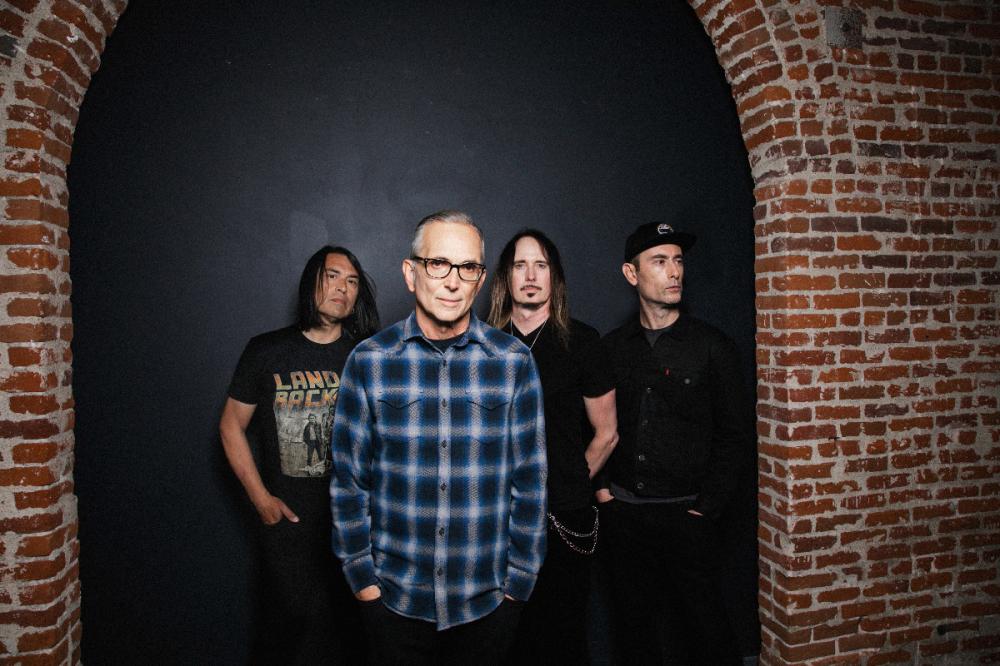 photo credit Ashley Osborn
Iconic alternative punk rockers Everclear is one of the leading bands to emerge from the ‘90s. Led by its renowned frontman, guitarist and founder Art Alexakis, Everclear is currently celebrating its 30th anniversary with the rerelease of the cult and long out of print 1993 debut album World Of Noise – 30th Anniversary Deluxe Edition, now remastered and available for the first time ever on digital streaming platforms.

In recent years, Everclear’s charismatic frontman Alexakis created and runs the annual Summerland Tour, which features a package of popular ‘90s alt rock bands. He also released his first solo album, Sun Songs’ released via The End Records/BMG, in 2019. The album coincided with Alexakis going public with something very personal, his diagnosis of Multiple Sclerosis, a condition that hasn’t slowed the charismatic artist down.

Your forthcoming tour is with Soul Asylum, is there a story to tell here?

The band toured with us in the past, in the States. I put together a tour called Summerlands which I have been doing since 2012 and a few years after that they joined as our special guests. I had met the various members of the band before but we had never toured with them, when I was younger and living in Los Angeles I always tried to see them when they were in town. When I found out that they were touring this year I thought it would be a great idea to go out on the road together and here we are, all ready to hit the UK again.

Do you alternate who headlines each night?

Not really, over in the States we are very popular but here in the UK sales wise Soul Asylum has the edge and a bigger following, but we are more than happy to open up for them; to be a part of the show is a huge privilege for us.

Has it been hard to choose which songs to sing?

We have been touring a lot this year and by the end will have played over eighty shows, which for guys of our age is a lot! Really though, we are very tight and have come up with a good set list which we hope our fans enjoy, though we have had to tailor it more for British audiences, as some of our albums did a lot better here than over in America. We are on stage for around an hour which is about fifteen songs.

Are you happy with the current musical scene?

For rock at the moment, as far as radio is concerned, it does not really get a look in. My problem with a lot of the pop tracks coming out now is that they all sound the same, the only music that is sounding unique is old school Americana. A lot of young bands are not looking back but are looking at what everyone else is doing now, I would definitely say that things were far better back in the day.

Why do you think that the bands from the early nineties were so successful?

A lot of those bands grew up listening to seventies Rock of the radio with bands such as Led Zeppelin, Black Sabbath, Cheap Trick, Aerosmith and bands like that, then punk rock broke through and then hip hop, then the alternative bands like The Pixies, so what you were hearing in the nineties was an amalgamation of all that had gone before.

Did you listen to a lot of British bands when younger?

My biggest influence has to be The Beatles, after seeing them on television it was the only thing I wanted to do much to my mum’s disdain. I always knew I wanted to play rock ‘n’ roll, I was never interested in being the lead singer, I just wanted to play the guitar like Jimmy Page, he still is such a cool guitarist.

Has having Multiple Sclerosis slowed you down?

I might not be running marathons anymore, but I can still go swimming, walking is harder than it used to be, I got diagnosed in 2016 and was doing OK on the medication they gave me until I got Covid in January 2021 and I had a really bad time. I was in hospital for three weeks and after that in bed for three months, now I am on better medication and feel better every month, I am very active. At worst it makes you feel ten or fifteen years older, I am 60 years old now, when I was younger, I put my body through a lot, so I am paying for it now but to be honest with you, spiritually, emotionally and mentally I have not been in a better place than where I am now.

I am excited about the band, playing the shows we have coming up, we are just so tight and having so much fun doing the concerts, we will see you there!