Inhabiting The Night: The Book Of The Barn Owl By Sally Coulthard 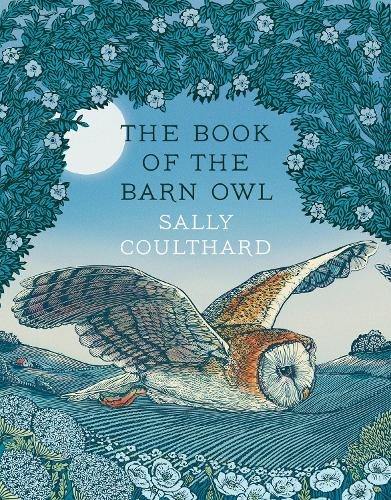 Sally Coulthard’s absorbing new book for Head of Zeus continues a worthy tradition of ecological engagement that has become one of the publisher’s hallmarks. The informal series of works of serious concern for nature in a changing environment alight upon animal subjects whose absence from popular public scrutiny is corollary to an instinctive unsociability, or to the fact of declining populations, or both.

The powerful suggestion of empathy, which is a condition of all of Coulthard’s recent studies, informs a warm-blooded and self-evidently conscientious approach to her work. The gorgeously rounded picture of the common barn owl in her latest book is composite in the best sense, taking the reader on an ancient journey of discovery, through the bird’s biological formulation and instinct, to its curious adaptation to transient farming methods, and finally, to its capacity for survival as a species.

Coulthard’s book is genuinely illuminating, and is conceived in an accessible style that does full justice to the rendering of complex biological processes in engaging language
Originating in Australasia, Tyto alba alba or the Western barn owl, is heavily reliant on an evolutionarily complex auditory system for hunting. The calibration of its hearing process is both a navigational aid, and enabler of enhanced night ‘vision’. Coupled with a capacity for near soundless flight, barn owls are, in Coulthard’s succinct words, “masters of aerial stealth”, whose hearing is protected against the depredations of age by a self-repair system which helps to bolster its primary facility. Sally Coulthard’s fluency of approach is threefold here, and elsewhere, in her contributions to the series: a forensically detailed narrative of the biology, instinct and place in the pantheon of birds of prey is interspersed with witty, instructive asides and short vignettes which give the reader a sense of the bird’s presence in the immediacy of the present tense. The combination works to instructive effect; we are educated as we are entertained.

Coulthard’s story unfolds in layers to disclose a unitary picture of the bird, rather in the manner of the owl’s own process of ingestion and regurgitation: a close inspection of the owl’s leavings, or pellets, reveals telling details of its most recent meals through tiny fragments of unprocessed bone, a sure identifier of the prey’s provenance and of the natural habitat in which it dwells. Covering all aspects of the bird’s increasingly embattled existence, Coulthard’s book is genuinely illuminating, and is conceived in an accessible style that does full justice to the rendering of complex biological processes in engaging language. Not least in relation to courtship patterns. This most lethal of birds is a paradoxically attentive ‘suitor’, and it is typical of the writer's penchant for convenient analogies, that she should nail the burgeoning relationship in terms we all recognise:

“If the female barn owl decides she likes what she sees, they’ll start spending more time together over the next few weeks. Like a rom-com montage, they’ll flit from joint flights to cheek-rubbing and mutual preening”.

That infidelity and ‘divorce’ are common consequences of barn owl pairings continues an uncannily ‘human’ discourse.

It’s important to understand that farming policy and biodiversity are interconnected, and that sustainable agriculture can actively benefit not only wildlife, but the rural community as custodians of the landscape.
This story of evolutionary adaptability – the barn owl became the barn owl by title in response to the clearing of forests and changes in land use – may not protect the species against the vagaries of predation, pesticides and, most pressingly, habitat loss. All of Sally Coulthard’s earlier works for Head of Zeus counter the prospect of extinction with recommendations as to how we can all help to mitigate the worst excesses of owl population decline in practical terms. The figures are stark for the barn owl, only 40 per cent of which will survive beyond their first year in the wild. The imperfect wilderness to which the birds can successfully adapt threatens, through increasingly deleterious encroachment, the capacity for endurance. The disconnection of economic pragmatism from ecological imperative is fundamentally damaging, and a process of healing will only be ensured in clear-eyed acknowledgement of the problem:

“It’s important to understand that farming policy and biodiversity are interconnected, and that sustainable agriculture can actively benefit not only wildlife, but the rural community as custodians of the landscape”.

If Sally Coulthard’s direct and very thorough address to the movers and players of conservatorship, and to the public at large in this beautifully bound and illustrated book, is intended to shake us out of our complacency, then her easy lyricism will only enhance our understanding and appreciation.
{clear}

The Book of the Barn Owl is published by Head of Zeus.