Harrow Fair - Sins We Made 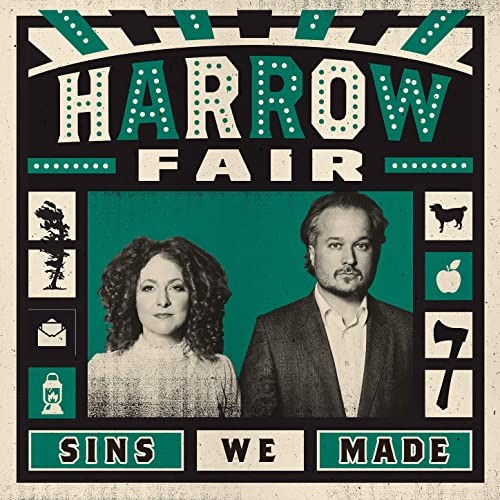 Three years ago acclaimed musicians Miranda Mulholland and Andrew Penner teamed up for their first collaboration as Harrow Fair. Releasing the album Call To Arms, they showed that their was something distinctive about their meeting of minds. Yes, what they were crafting was folk music, but it was a forward thinking, cinematic and often melodramatic soundscape that set them apart from their contemporaries.

Having set the bar high, they have returned with Sins We Made and shown that they are more than capable of delivering an even stronger and more distinctive sophomore release. After already showing that they were not afraid to experiment with pushing genre boundaries, it is clear than Sins We Made is an album that pushes even further into the realms of accepting music on face value rather than insisting it fits into a neat box for classification and comparison.

Although Sins We Made is a clear follow-on from Call To Arms, it doesn't always stick to the formula used for the debut release. If Call To Arms were the experimental toddler years, the duo have skipped the more conformist years of childhood to produce the rebellious teen of a record.

With a primal desire at the core of their sound, Sins We Made is as deliciously delinquent as the title suggests. With Mulholland's flirty fiddle playing proving the most tempting feature of the record, this is an album that will set your pulse racing.

The Rules of Engagement is an easy stand out moment, for not only does it have all the aforementioned qualities, but it shows that even when restricted to a core folk sound, the glorious harmonies of Mulholland and Penner are breathtakingly beautiful, yet still boast the fire that breathes the record to live.