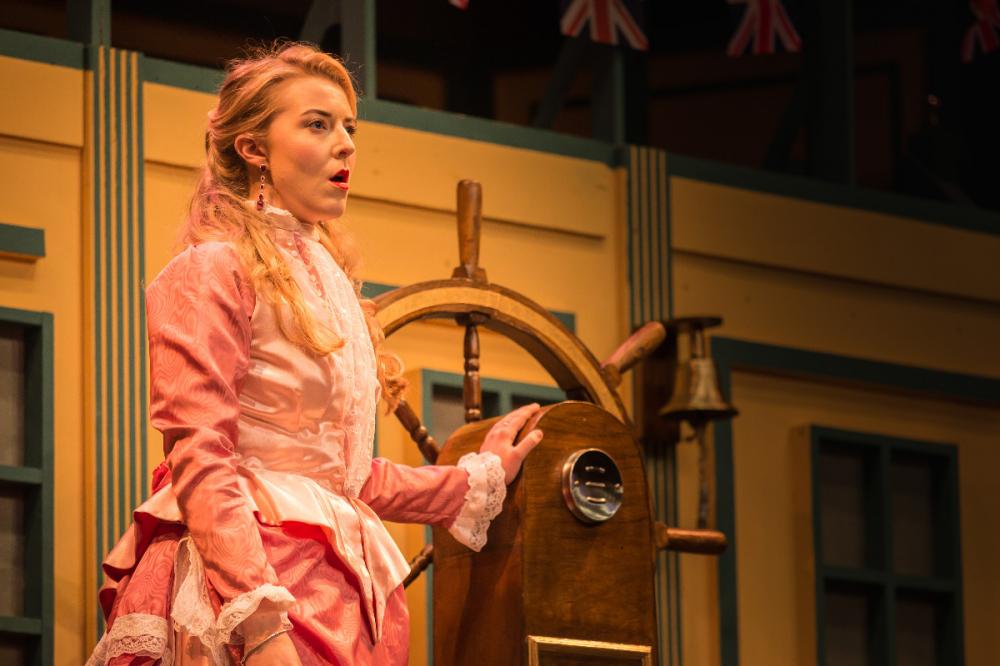 Alexandra Mather
I have tried over the years not to like Gilbert and Sullivan operettas, disparaged as they often are with the prefix "light", but they have a sneaky way of creeping into your subconscious and popping out in unfocussed moments. So it was as I was driving home from York Opera's production of HMS Pinafore at York's Theatre Royal. Between moments of trying to see the A59 on a disgustingly rainy night I caught myself humming "I am the Captain of the Pinafore", "For He is an Englishman" and, least appropriate of all, "I’m Called Little Buttercup". All cracking tunes, and all qualify as ear-worms. 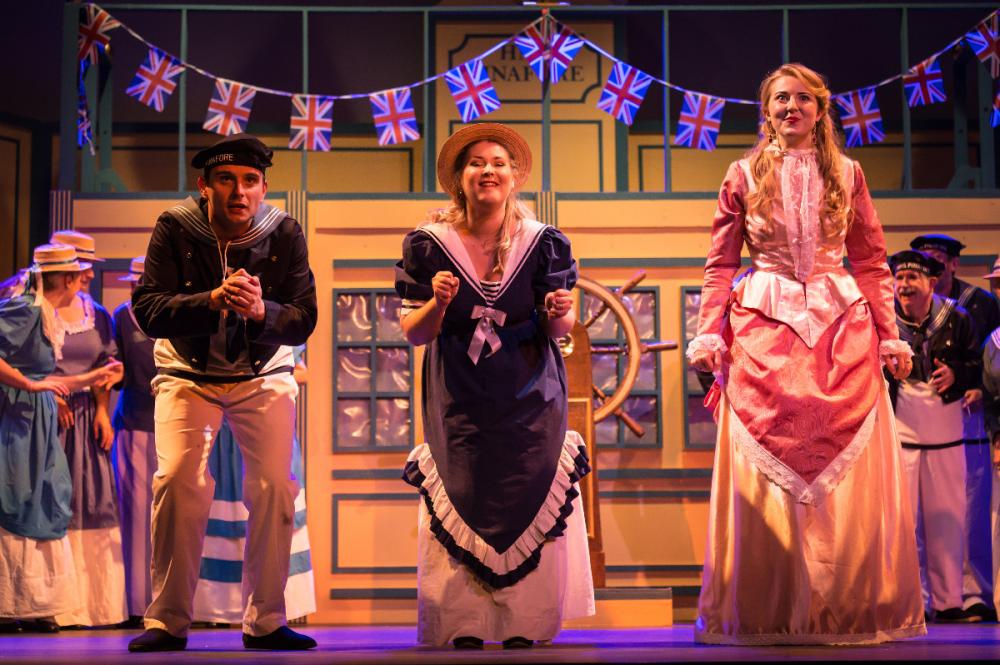 Jack Story-Hunter, Polina Bielova and Alexandra Mather
HMS Pinafore was first performed in 1878, and is one of Gilbert and Sullivan's most popular operettas, and for good reason.

The story concerns Ralph, a lovesick sailor, and Josephine, the Captain’s daughter. They fall madly in love but are kept apart by social hierarchy and the nefarious intentions of the oily Sir Joseph Porter, first Lord of the Admiralty, who wants Josephine for himself. 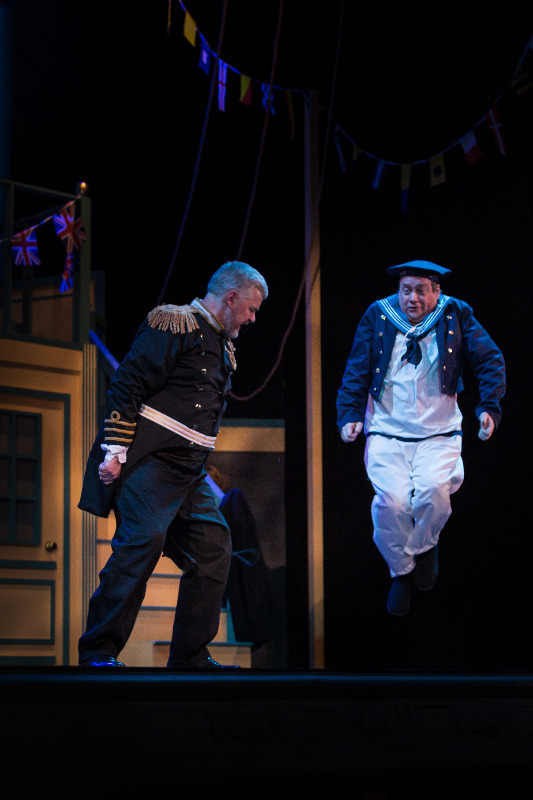 Ian Thomson-Smith, as Captain Corcoran and Anthony Gardner as Dick Deadeye
The fact that York Opera are labelled as an 'amateur' opera company is surprising as there is nothing in the least 'amateur' about this production. A simple but effective set depicting the deck of a ship was all the backdrop needed and some fine voices soon reminded an enthusiastic audience how enjoyable the writing of W.S. Gilbert could be, and how memorable the tunes of Arthur Sullivan remain to this day.

York Opera's cast were well chosen as many had that special kind of voice needed for G&S productions: there's a combination of operatic style singing and Sprechgesang (spoken singing) that well suits Pinafore, Ruddigore, Mikado, and other G&S notables.

John Soper, as Sir Joseph Porter, demonstrated this admirably, with a charming, characterful performance. Ian Thomson-Smith, as Captain Corcoran with his lovely baritone voice and a commanding stage presence has clearly done this before.

The lovesick Ralph Rackshaw, played by Jack Story-Hunter, has some fine tunes to sing, all well delivered in a strong tenor voice, but perhaps the dialogue between the songs could have been a little clearer.

Dick Deadeye is a devious little part calling for a some character acting and a rich baritone voice. Happily Anthony Gardner was more than capable of both and turned a bit of cameo role into a central part of the production.

Soprano Alexandra Mather made an ideal Josephine. She was delightfully purposeful and even a little raunchy at times; such a pleasant change from the completely wet Josephines I have seen before.

Miss Cripps (Little Buttercup) is supposed to be - and I quote - a "plus-size Nanny who is the rosiest and roundest in all Spithead". Brushing aside these challenging requirements, and adopting a west country accent, alto Rebecca Smith brought character and charm to the role.

York Opera threw in a few sea shanties for good measure and musical director Timothy Selman, the orchestra and the company deserve considerable credit for keeping the production driving forward right in to the biggest ear-worm of them all: "Oh Joy, Oh Rapture Unforeseen": once heard, never forgotten!