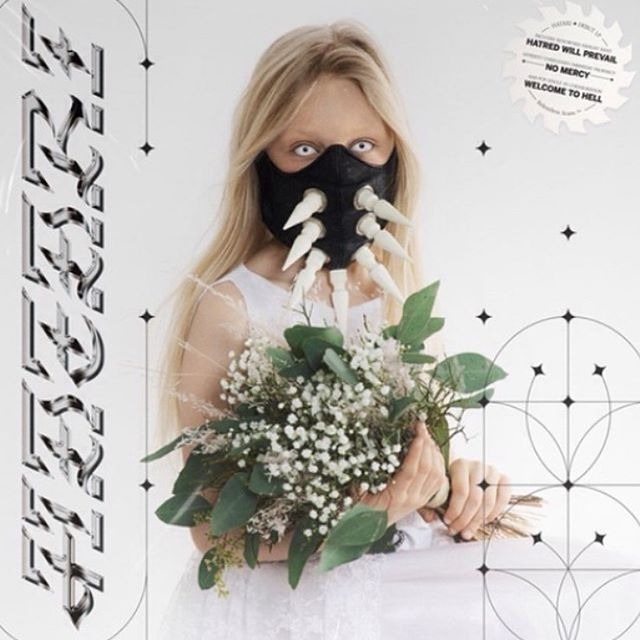 The Eurovision Song Contest has a little bit of a mixed history in the UK. While many perceived it as something of a joke in the mid-nineties through the late noughties, it has been impossible for those detractors to deny the strength of some of the more recent entries and winners. While Loreen's Euphoria may not have made her a household name, both Mans Zelmerlöw and Conchita Wurst have enjoyed international acclaim and chart success in the aftermath.

However, one act who may not have enjoyed the glory of the Eurovision crown, but whose international profile has been rapidly on the rise since their controversial waving of a Palestinian flag following their bondage driven performance in Jerusalem are Iceland's HATARI.

With the battle fought with a distinct flair for the visually charged music video, unforgettable stage shows and the ability to write an addictive pop hook into their industrial rock anthems, HATARI are a band who have proved themselves unstoppable.

With almost a year having passed since they were announced as Iceland's 2019 Eurovision representatives, they have released the sonically diverse Neylustrans. Boasting the raunchy romp Klámstrákur, the frenetic Hlauptu and the compelling chants of Nunquam Iterum, Op. 12, Neylustrans defies all expectations and exceeds them effortlessly.