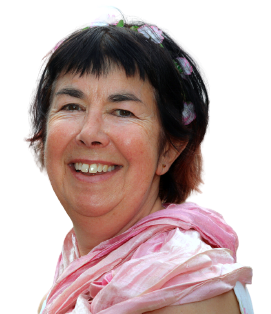 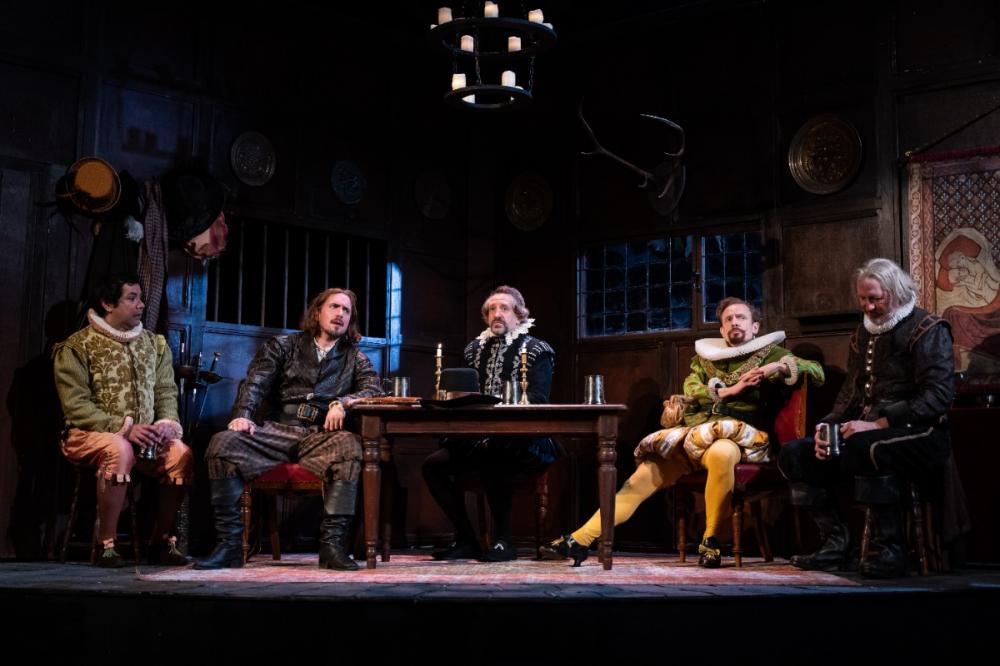 All credit to Charlie Kilpatrick for his rehearsal photography and trailer, and the infectious enthusiasm for Director Gemma Fairlie and her selected cast on social media, all of whom succeeded in making us feel we’d be missing out if we didn’t come to see David Reed’s hilarious new take on one of the most notorious tales of all time.

Writer David also played the lead role Guy Fawkes, and was perfect for the part; I was particularly enamoured with his deep, rich, Yorkshire tones. A York lad himself, like Guy Fawkes, he commanded the space ( even when wearing a pinny! ) helping us to shift our perception about a story we thought we knew. 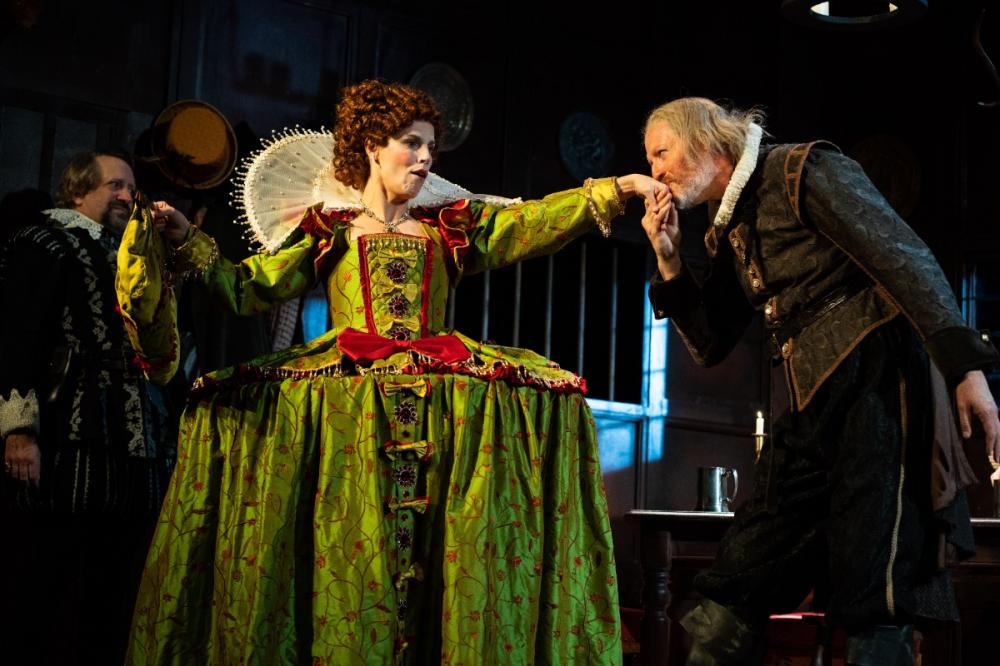 The casting was spot on, with Robin Simpson almost stealing the show at times in his portrayal of earnest, but ultimately hopeless leader of the plotters, Robert Catesby. Jamie Zubairi shone in his role of simple, but fiercely loyal Kit Wright, and we all took him to our hearts. Andrew Pollard received lots of laughter, with no sign of discontent from the audience in his portrayal of Thomas Winter, and Greg Haiste was outstanding in his role of Thomas Percy, along with an inspired creation of his wife Martha Percy ( nee Wright ), played brilliantly by Cassie Vallance. 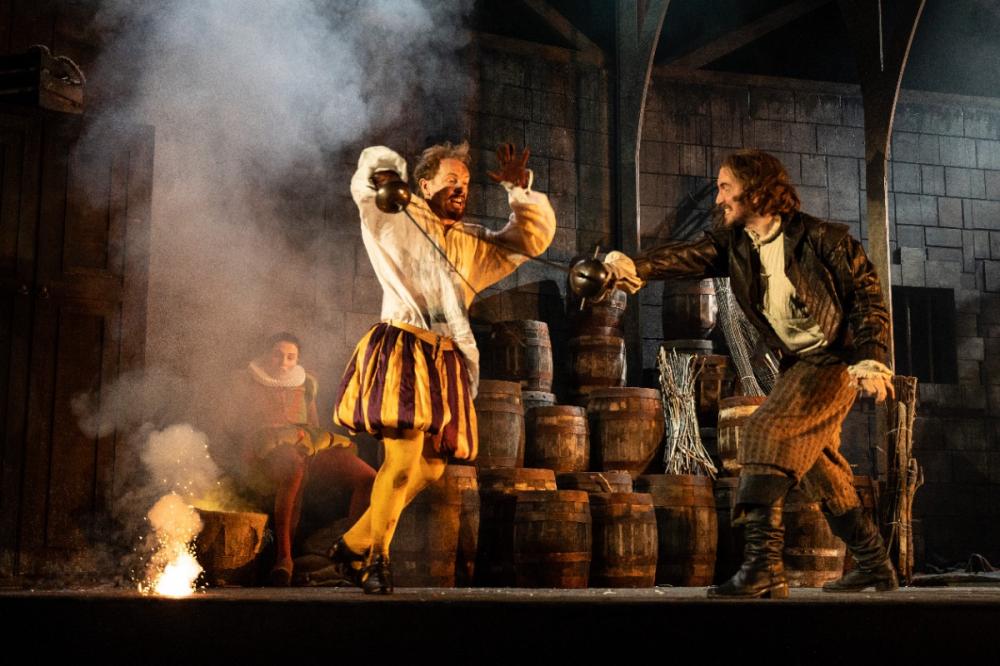 Mention should be made too, of the atmospheric music and sound composed by Eamonn O’Dwyer, and the daring-do sword fight scenes, directed by Kev McCurdy.

It all started off so well, but as the play progressed, I couldn’t help feeling that at times the writing was rather weak, despite the best efforts of the cast; yes, lots of slapstick and silliness, along with fun moments ( particularly involving Cassie’s brilliant comic capers as she coped with her grand gowns ( hat tip to Carla Goodman for her stunning sets and costumes ), but we’d all been there before with Black Adder/ Upstart Crow / Horrible Histories and the scripts were much pithier. I like many others in the audience knew the Guy Fawkes story well, but felt there was so much fiction added, along with laughs for laughs sake, that the actual story wasn’t at all clear.

That said, Guy’s fervour for the Catholic cause, came across loud and clear as he described the horror of witnessing staunch Catholic Margaret Clitherow’s horrendous execution on Ouse Bridge, giving insight into why he was so determined to blow up the Houses of Parliament. 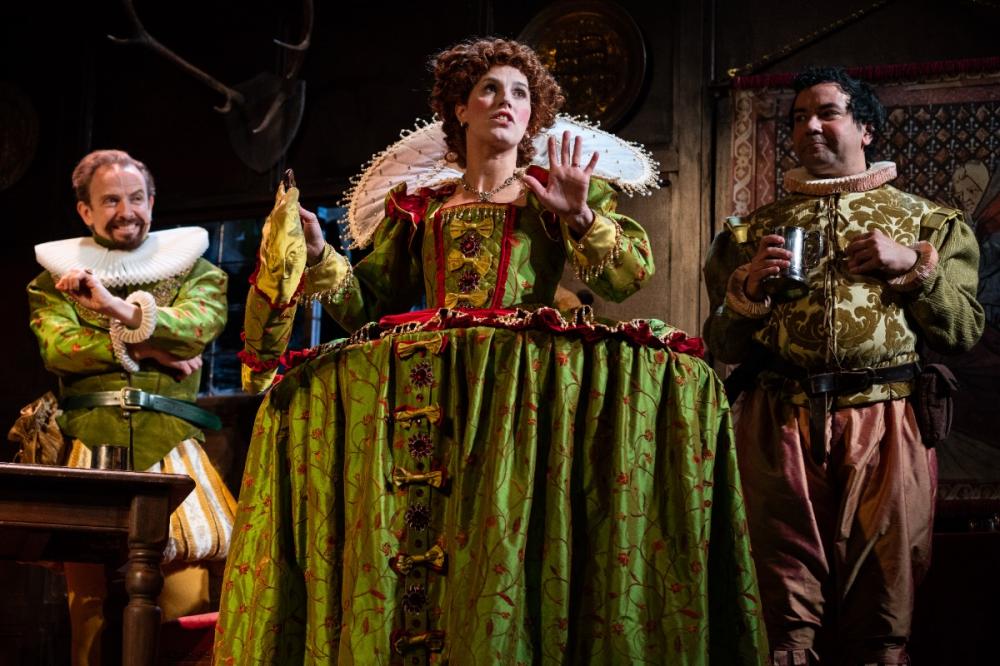 York Theatre Royal deserve to be commended for creating a “rip-roaring comedy“ about York’s very own anti-hero, Guy Fawkes; nothing ventured, nothing gained. Brilliant timing to put on the play too.

Go and see for yourself and decide whether the play is “ an explosive new comedy “ or a bit of a damp squib. 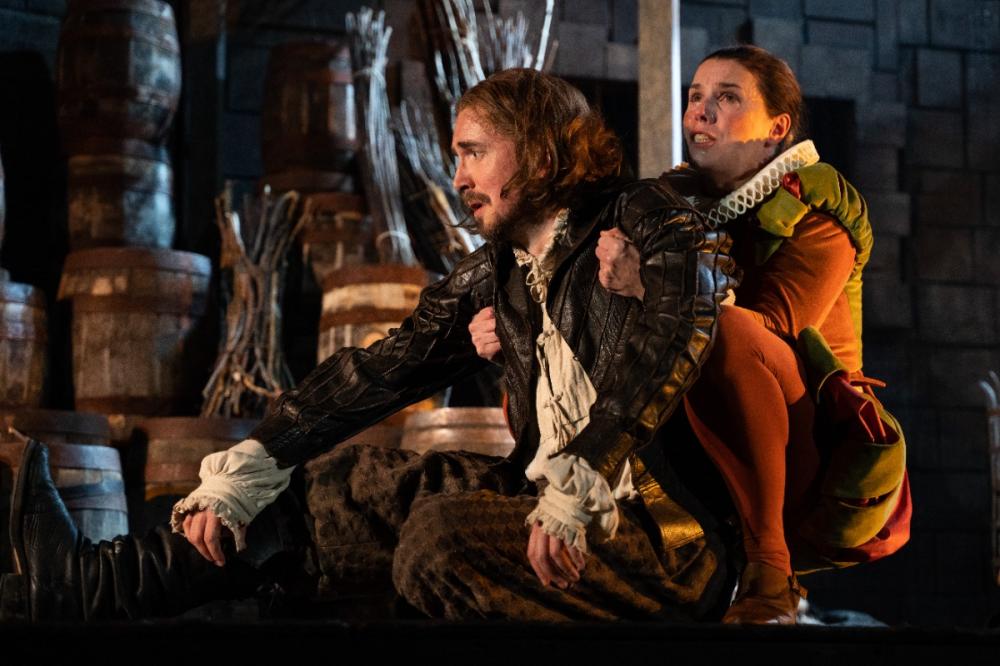