As a child in the sixties, I lived and played down Jefferson Street in the Port of Goole. Home was handily placed for an unpaid job as ball boy with the town’s football team at The Pleasure Grounds. We could hear the busy railway lines that ran from Kingston Upon Hull to Doncaster (the same route travelled by Larkin on Whitsun Weddings) and I could see Goole’s water towers from my attic bedroom window, iconic buildings that still grace the skyline today.

I spent all my free time playing with friends in the back lanes that linked row upon row of red brick terraced housing in streets named after the great and the good. At the time, Gordon, Carter and Jefferson meant nothing to an eight year old who was more interested in dead bats in matchboxes, sticking card tapers in the spokes of bikes (for that authentic engine growl) and building dens in fireweed, near places where young kids were in mortal danger from east coast freight and passenger trains. It was an outside existence, come rain, wind or sun, by and in canals, brick ponds, the trees of the local park and nearby fields under a Yorkshire sky which seemed to stretch forever.

Hello Humber gateway,
you old dock drab,
winking at passing commerce
with your ample warehouse acreage,
welcoming skirts hitched
up the legs of the Ouse and Trent.

Under stretched skies,
I am a salmon swimming the sixty-two,
past rotting coal fired corpses,
where orderly pylons queue the lanes,
sturdy girls whispering indiscretions;
gossip from a shabby adolescence.

Down breeze block back lanes
and brick pond waste lands,
kids test the friction of bare skin
in the canopies of scaffolding,
while mad dogs howl unseen
from the depths of dark houses.

And why am I compelled to return,
revisit this corroded dock salvage,
resurrect this east coast accent
from a time that rips open my chest
and causes these scales to fall?
I wonder if it’s a salmon thing

or just a Goole thing.


Of course, over the years, Goole has changed. There is no shipbuilding any more, life on the docks is containerised, the coalfield and mines have closed down, the power stations now run on bio-fuel and are not nationally owned but belong to companies hailing from the US. 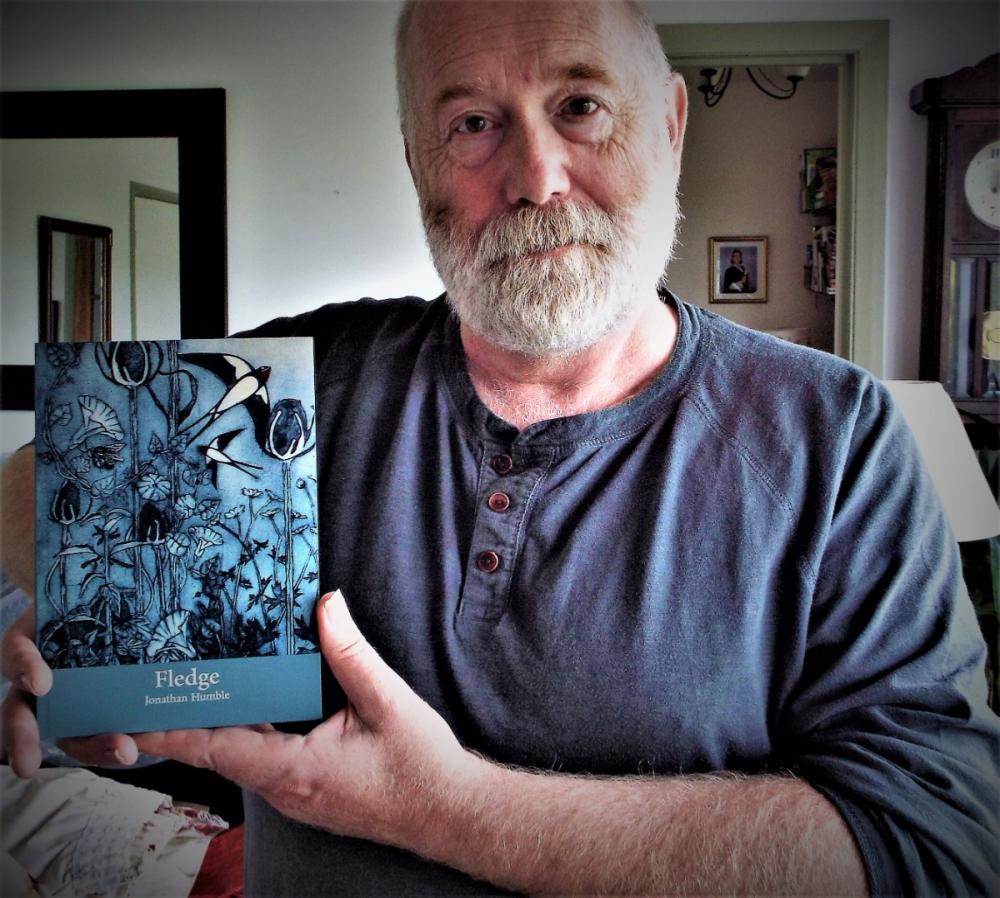 Since leaving the east coast, it is probably safe to say that I’ve changed too. I’ve lived and taught in Cumbria for thirty-six years, working with children who on the face of things should have had a greater access to the natural world and all it can offer, compared to someone brought up in an industrialised east coast port by the Selby coalfield next to the largest coal-fired power station in Europe.

These days, with so much of life influenced by the virtual, with lockdown restrictions placed on what kids can do, I’m unsure the idea of a wild childhood exists today as I remember it. However, I am pleased to say that there are a few pupils and ex-pupils who would not have been out of place making dens out of fireweed, swinging upside down in the canopies of trees, confident in the friction of bare skin.

In Fledge, my collection of poems published in July 2020 by Maytree Press, I have tried to recapture some of that feeling, revisiting memories and beginning with a reflection on what it was like to be a kid in the sixties and how encounters with nature in adolescence have resonated in adult life. There is a strong nature theme running through the poems including a curlew with a grudge, a sceptical mouse, the perils of being a lovelorn worm, a spider with a death-wish, the wonderfulness of trees and a trainee starling with a dilemma. The work also deals with darker issues in poems such as ‘Leveret’, ‘Then It Rains’, ‘Still Life’ and 'Forty Years On …’

Haunting places where secret agents hid,
I return to childhood as a stranger.
All games played for keeps;
no second chances.

We built dens in fireweed by railway tracks,
unaware of summer weddings and passing poets,
watched over by water towers,
Tom Pudding hoists and dockland cranes;

sentinels which I remember well,
but which do not remember me.


On my poetry blog, I have uploaded an interview with Helen Millican on her BBC radio programme. In the show, we discuss Fledge and the inspiration behind the poems. The interview took place in Lady Wood, Grasmere, about 200 metres along the old coffin route from Dove Cottage, in a typical Cumbria downpour under a magnificent beech tree with a torrent of rain coursing down its trunk … and given the outside existence of my wild childhood, it all felt quite fitting really.