George Ezra - As Good As Gold In Live Northern Return 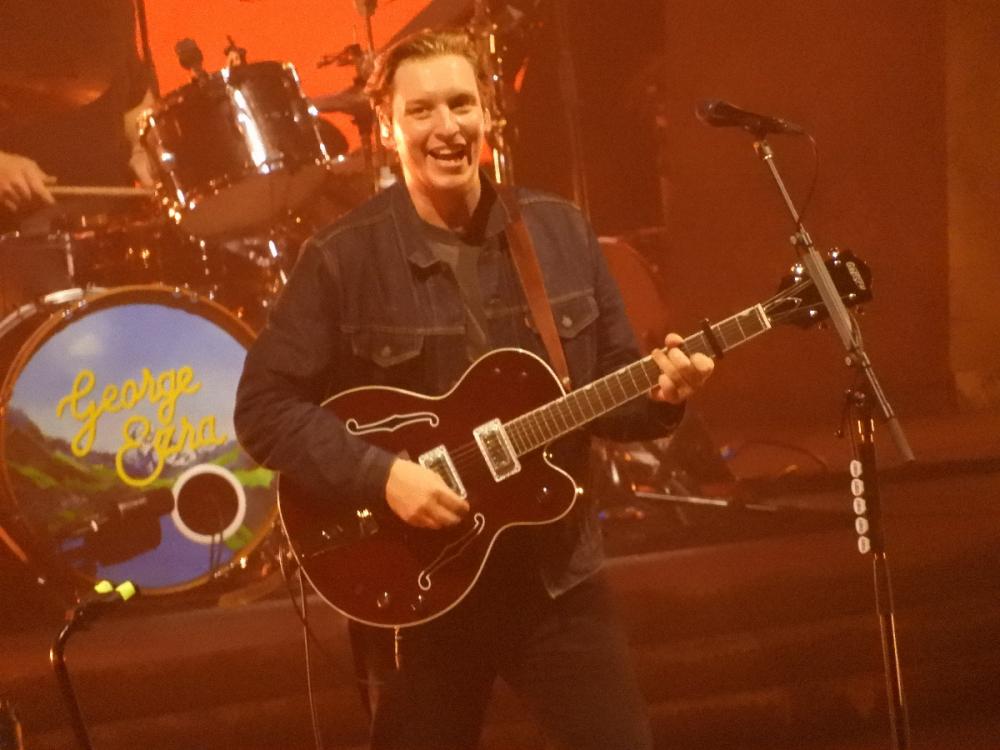 Photo by Graham Clark
George Ezra is undoubtedly one of the biggest pop stars in the country at the moment. The likeable artist visited the Sheffield Arena and it was easy to understand why he is so popular: breezy, uncomplicated pop songs with a chorus that the milkman can whistle to as his music is so joyful and uplifting.

Arriving on stage to the Tom Jones’ It’s Not Unusual a title apt for Ezra; he has the boy next door look.

Anyone For You (Tiger Lily) opened up his breezy set. Armed with a seven piece band they were as much a part of the show as Ezra himself. They all looked to be having a huge party up on stage and thankfully we were all invited.

Tracks off his recent Number One album Gold Rush Kid were featured during the ninety minute set with In The Morning and Manila showing a different side to his personality with a deeper meaning.

Performing Hold My Girl with just himself and his keyboard player made it feel like you were hearing the song in more intimate surroundings and singing just to you, rather than sharing the moment along with 12,000 other fans. 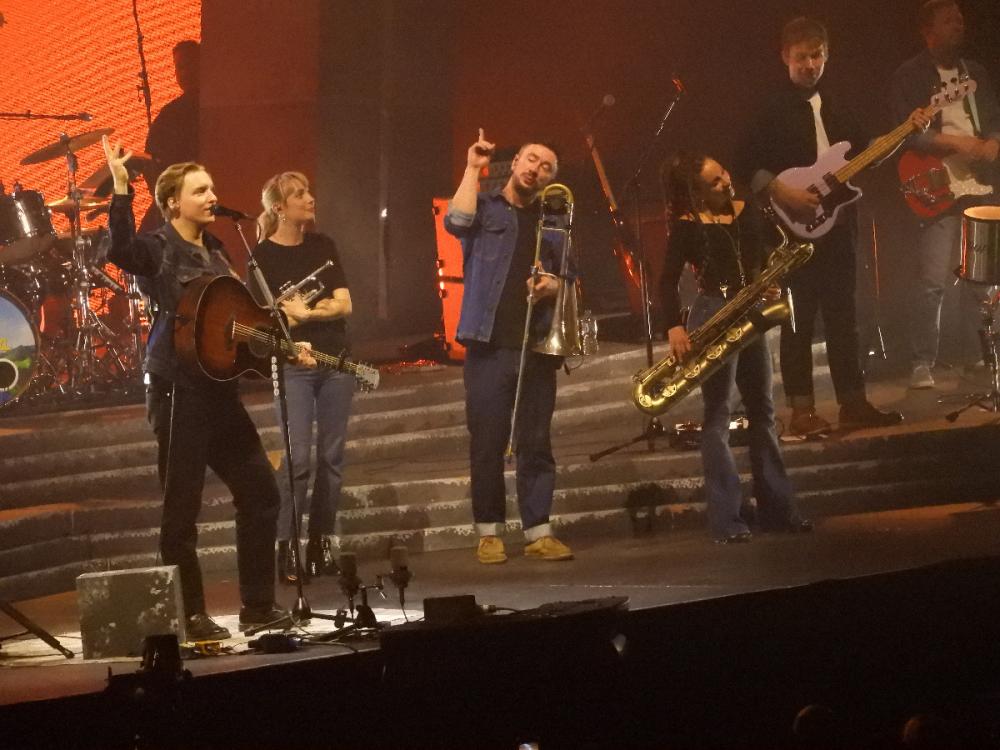 photo by Graham Clark
Green Green Grass will probably be sung in every pantomime this season from Bradford to Bristol such is the song’s appeal. Apparently Ezra keeps a journal of his travels and experiences that are referred to when writing his songs, the latter inspired by a funeral wake he came across on a holiday in the Caribbean.


“We want you to sing along and be the loudest on the tour”
The fast paced show meant that there was hardly any dull moments for any young minds to wander, however there does appear to be a huge opportunity here for him to play a matinee show.

As Blame It On Me led into Budapest it felt like you were witnessing all the things that are good about pop music when Ezra and his band seemed to make the world a better place.

Naturally, what is unquestionably his biggest song, Shotgun was saved until the end. “We want you to sing along and be the loudest on the tour” he teased the Sheffield audience. Not that they needed any encouragement as the party came to a close with the fans taking over the song.

The omission of a confetti cannon or streamers at the end of the song was the only flaw in what had been a golden performance from Ezra - no kidding indeed.