Flags And Flowers: These Mothers Of Gods By Rachel Bower 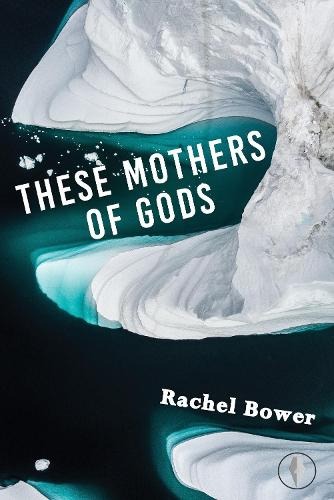 The epigraph to one of Rachel Bower’s poems in her latest collection is taken from a Walter Benjamin axiom on the indivisibility of civilization and barbarism. His words could be no more pertinent respecting Bower’s own work, for every tincture of glitter that illuminates her sense of teeming abundance is offset by the presence, or implication, of its deleterious or necrotic opposite.

Songs of celebration seek justification in silent wastelands: Bower’s taut, in some ways harrowing, Sestina, ‘Water Birth’, exemplifies a more general tendency to isolate a moment of real epiphany against a causal backdrop of closed borders and negligence. The mantra of repeated line-endings - ‘girl’, breathe’, ‘push’, ‘hand’, ‘sea’, ‘head’, presented in varying dispositions – rounds with conviction on a midwife’s gentle encouragement, as it also describes the rhythmic undulating tide, wherein a refugee girl is incarcerated in a ‘sea-coffin’. The oxymoron is almost too painful to contemplate because it embodies one definition of the inconvenient truth of human displacement; that Bower finds hope in the pushing into the light of a new life – ‘a salt pearl birthed at sea’ – distinguishes her poem’s underlying energy from Ian McMillan’s clear-eyed though profoundly affecting observation on a similar theme: 'We have seen / People crushed by the Hard Ship before, and pushed / Into the hard water where they flail a little, then settle.’ ('Hard Ship')

The pain of ‘barbarism’ shadows Bower’s grander narrative: her preoccupation with the sea’s endless moods, and the emergence of floral tokens of rebirth are often offset by stagnation and inertia. More than an assimilation of the idea of the maternal instinct into the metaphorical fabric of the natural world - persuasive though the association seems in Bower’s invigorating imagination – the same seaways and arteries are clogged with the detritus of consumption, making of the collection a mandate for other agendas, of ecological and cross-cultural awareness. The calving of an iceberg on her book’s cover is subsumed by double-meaning: the point at which ‘mothering’ or breaking free takes place is a side-effect, also, of climate change, and is magnified several-fold in ‘Haibun Meltdown’, whose concluding Haiku of ‘dazzling blue ice-caps’ floating in blackness nails, with extraordinary power, a terrible finality. As does the spectre of species extinction in the harrowing oxymoron of ‘Toxic Blooms’, whose ubiquitous carnage of Savanna Elephants and Pilot Whales blossoms ‘rotting \ luxuriant’ like so many islands of conglomerate plastic. Rachel Bower has the capacity to unbutton emotion in one killing phrase: ‘the unbearable weight’ of a dead elephant in this brief, brilliant poem of simple observations shifts the antennae to considerations of a hulking remembrancer, palpable by its very organic presence.

If the failure of a child’s nursery (c)rhyme to yield a fabled promise of plenty is mitigated only in a final, defiant assertion of the instinct to provide, in ‘Story of Baking, Story of Birds’, no such salvation awaits the denizens of an arid wasteland in ‘Drought’. Bower’s astonishing power to denude a landscape in a withering of words gives moribund gravitas to the announcement, last week, that summer temperatures are now so high in parts of Pakistan as to be fundamentally unliveable for human populations. The balm of ‘Mishti doi’ – a Bangladeshi yoghurt – is as unlikely as milk and honey in a land where…

‘Tiny pylons march on the horizon
like ants, carrying the spoils of heat
high above their heads. A wasp grub
crackles, but there will be no escape.’

This is prescient writing; Bower’s words are as thin as the gruel offered in ‘Story of Baking’, and they measure a global dynamic in fields of dust. The natural counterpoint – a verdant English garden where a mother feeds her son to a comforting mellifluity of italicized child song - is a knowing fortuity: ‘Continue on Loop’’s pastiche of the relentlessness of every mother’s performative routine must remain a celebration in despite. A moment of bonding unfolds in an entirely stable landscape:

‘the falling of petals, the swell of sea, the rising
again from severed stems, and we jump up and sing
of pockets of rye, then lay close together in milk.’ 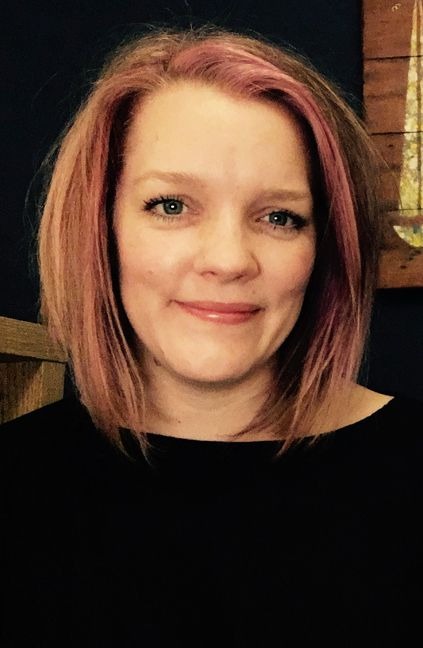 Rachel Bower
This, the collection’s concluding poem, carries a subtextual codicil: the blank page which follows might be filled with the empty-breasted voiceless whose cries are staunched by thirst, and whose misfortune is directed by a geographical accident of birth; or, the well-fed citizens of Hebei Province in China, whose exponential economic growth chokes atmosphere and lungs in purplish air, as the Hang Seng meanders endlessly upward in the ‘thick white steam’ that is a parody of beauty (‘Smog’); or, the consumers of facsimile fish, whose white flesh contains residues of black plastic which are ‘invisible to the eye’, yet perceptible in the bloodstream (‘Fortune’).

But it would do Rachel Bower a disservice to reflect too proprietorially on the ‘barbarism’ of globalization, manmade climatic instability and the nether regions of Benjamin’s depressing diagnosis. For many of the passages of real beauty and dignity in These Mothers of Gods serve to justify the dramatic pull of the book’s title. The intimate connection between motherhood, the natural world and the ideas of human propagation, nurture, and continuity, is everywhere visible, and everywhere underwrites the poet’s intimation of symbiotic purpose…

…even if the battleground of childbirth and recovery is mired in ‘offal’ and dyspeptic quease. Bower’s candid evisceration of the human body is as persuasive as Wendy Pratt’s recent exploration of maternal loss in When I Think of My Body as a Horse. The hyper-closely observed detail of the body’s ravage and butterfly-like regeneration in ‘Shedding’ – a tale of ‘becoming’ – is a robust, sashaying postlude to the brutal, organic tercets of ‘After the Stork’, whose understated title is ironised by postpartum pain and loss of control:

‘Rooted in this murky puddle,
bruised and emptied, she is more alone
than ever before. The sting of hot water

comes as a relief, rinsing a deluge of sobs
and offal, pouring brightly on leaking breasts.’

Bower’s distancing of her subject in the third-person, here and elsewhere, enables a kind of detachment, but the experience is personal and authentic in the extreme. The poet’s revelation of the body’s otherwise hidden recesses is brave, but also a kind of affirmation, an opening up of what it means to be a woman to the public gaze.

Bearing an inordinate capacity for leaping across semantic boundaries – her themes liberate the state of motherhood as both metaphor and metonym – Rachel Bower’s poetics draws affiliation and suggestion in sync., as though it was perfectly natural to blend many shades on the broadest canvas. The process is seamless and always convincing; not circumscribed by a straitjacket of concealment, this poet’s work is defiantly self-aware, a declaration of identity and of place in the world. The slippage of ideas into extraneous terrain strengthens, rather than otherwise, a claim to a unitary way of seeing: whilst the protean melding of images of ‘sea green’ oceanic drifting with the dependency of an infant in ‘Cannula’ works affectingly, almost as a secured resolution to the inherent peril of ‘Water Birth’, the short, breathless couplets of ‘Gypsophila Paniculata’ act as onomatopoeias for a baby’s irregular exhalations. The mother’s concern (drawn, significantly, in the first person) finds remarkable expression in a kind of natural transference:

‘I don’t think so, I say,
but when the scent stains

his sheets and the buds
set little hooks in my throat

I trample around the room
in search of tiny petals.’


Also by Steve Whitaker...
The Swamp Ghosts Of Pripyat: Stalking The Atomic City By Markiyan KamyshThe Endless Opportunity Of Words: Lanyard By Peter SansomPoem Of The Week: Wheel By Stephen DeePoem Of The Week: The London Dinner Party By Jayne JosoPoem Of The Week: The Vote By Ralph Dartford
Rachel Bower’s sense of sorority – her collection ranges widely over cultural and geographical landscapes – extends to those women who stand in the shadowed corners, written out of historical narratives dictated by successive patriarchies and dispatched to the story’s margins. ‘Wet Nurse’ does for the forgotten services of Halimah bint Abi Dhuayb – Muhammed’s proxy mother – what Pat Barker did for Briseis and the enslaved Trojan captives in The Silence of the Girls, and we should not underestimate the power of Bower’s final couplet, whose simplicity lends a resonant irony to a moment of incalculable grief:

‘to the loss of this milkchild, the eager arms
of the mother, the pain of handing him back.’

The makeshift quotidian of a Bethlehem stable in another fine sonnet, ‘In a Manger’, subsumes the glimmering symbolism of the birth of Christ in a modern vernacular of labour pain and oblivious male gaze (‘Joe waits at the door’), before the obliging of fatherly propriety, and the centering of blooming motherhood in a tableau enacted in everyplace and in everytime, from Judea to Newcastle to Peru:

‘In the earth as a star looks down where she lays
this belly-strong woman, birthing on hay.’

These Mothers of Gods will be published by Fly on the Wall Press, 16th July, 2021, and is available for pre-order here: https://www.flyonthewallpress.co.uk/product-page/these-mothers-of-gods-by-rachel-bower