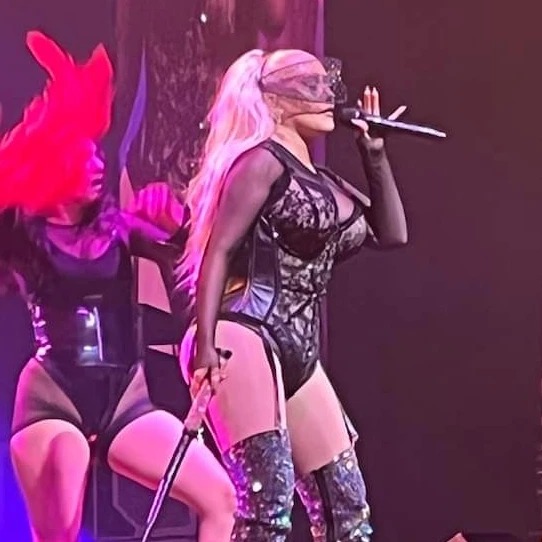 Former Mouseketeer Christina Aguilera followed very quickly in the footsteps of her former colleague Britney Spears to become a global icon way back in 1999 with the release of her debut single, Genie In A Bottle. However, it became very quickly evident that she could easily play the pop game, there was far more to Xtina than first met the eye. Having recently released her ninth studio album (and second in Spanish), she is back on the road to celebrate her hits past and present.

Before Aguilera took to the stage, former X Factor contestants Union J had their moment in the spotlight. Celebrating a decade since their appearance on the show, the recently reformed quartet worked their way happily through a series of covers and previous singles. While the vocals are strong, the lack of drive in their stage presence, explains to a degree why they never quite became the next big thing.

Opening her set with one of her biggest hits, Dirrty, it was immediately apparent that not only does she still own one the finest pipes in the world, but she is a fearless performer who has lost none of her edge over the years. 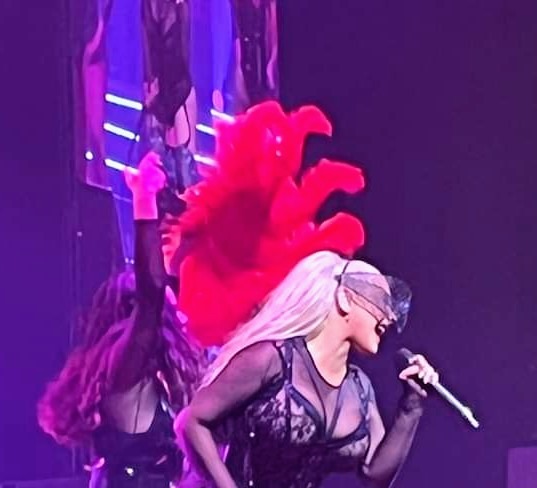 With a set that focused mainly on the classics, the brief interlude to celebrate her most recent release proved an unexpected highlight. With Sueltame and Pa'mis Muchachas truly addictive additions to her back catalogue, there is little doubt that Santo is destined for global domination.

Though the brief Spanish interlude was a key moment, the sheer wealth of her back catalogue delivered time and again. Although Moves Like Jagger should have possibly been missed off the setlist, a lovely proposal during an unforgettable rendition of Beautiful was met with rapturous applause - although it was hard to decipher if the newly engaged couple were more blown away by their moment or the fact their idol gave them hugs.

With Fighter and Let There Be Love rounding off a faultless set, Aguilera showed why the Echo Arena was packed to the brim nearly a quarter of a century after her arrival on the music scene. A killer vocal, stunning dance routines and powerful lyrics - Xtina really is Xtremely Xceptional.