La Bohème
President Putin had better watch out! Woe betide anyone who trifles with Ellen Kent’s plan to bring the Ukrainian Opera & Ballet Theatre Kyiv over to the UK to perform a trio of operas, a majority of which will take place across the north of England.

However, this upbeat award-winning 73-year-old; ahem, I can hear those polite coughs, but it is fine, Ellen is proud to tell me her age and to be honest she looks much younger but exhausted by the issues the current war is causing.

It is an unusual phenomenon for Ellen to find the process so draining but this particular year has been a real mission and she has now worked through three wars: the orange revolution, ten years later in 2014 when Donbas was attacked and the current war. 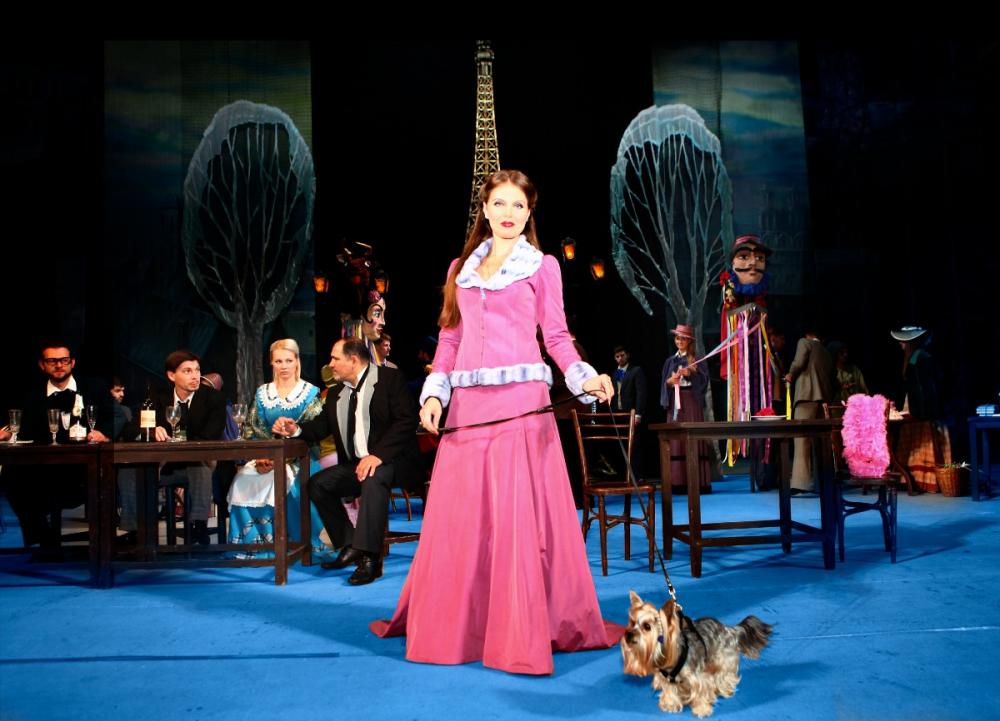 Elena Dee
The Artistic Director and Producer is planning productions of Aida, La Bohème and Madama Butterfly, over the next few months.

Since 1992, Ellen has created a niche market for the best of traditional opera and ballet from Eastern Europe. She was the first producer to put on a major tour of foreign opera on the British theatre circuit.

She first worked in Ukraine in 2002, when Ellen Kent and Opera and Ballet International launched the Ukrainian National Opera Odessa with a summer tour of the UK performing La Traviata and The Barber of Seville. In 2005, as a thank you for introducing the Ukrainian Opera to the UK, Ellen was awarded The Golden Fortune Honorary Medal by the then Ukrainian president Vladimir Yushchenko.

As with all her shows, Ellen has hand-picked the soloists and is directing all three operas to create a visually beautiful and moving productions. “My operas have to be emotional and beautiful. I try to produce opera that the audience can emotionally connect with, not just on a musical level but with the personal drama happening on the stage.”

But Russia’s invasion of the Ukraine has meant there have been many hoops to jump through. “I have been doing this for a long time but I have to say this is the most difficult tour I have ever done in my whole life.”

She flew out to Ukraine in November 2022 returning just before Christmas, luckily there was not a bomb in sight. The thoughts of drones and bombs trying to exterminate her are, however, not the issue; it is more the bureaucracy of bringing over a 72-person company that could, and I stress, could, dampen the spirits of this otherwise positive Artistic Director.

“Andrew, I got the entire company out of Kiev on overnight coaches for rehearsals in Moldova, so it's all doable. The country nestles right up against Ukraine, and I brought the company down to the capital, Chişinău, using hotels and Airbnb’s, which worked because I have a very good relationship with the Opera Ballet Theatre of Moldova.”

“They all came down from the warzone enabling us to rehearse shows as well as giving the locals a treat.”

The issues Ellen is facing are enormous especially for men, as males aged between 18 and 60 are not allowed to leave Ukraine in case they are called to enlist.

However, for a bona fide arts organisation permissions are granted.

And, according to Ellen, it's always a heart-breaking, nail-biting experience trying to gain permissions. The process is often chaotic as everything is done electronically with vital information sent to individuals’ phones. Sometimes the permissions come through literally the day before. These days Ellen must cope with a 24-hour lag and, of course, if someone doesn’t have a phone or if Kiev is bombed and the Internet goes down all connections to the outside world are lost. 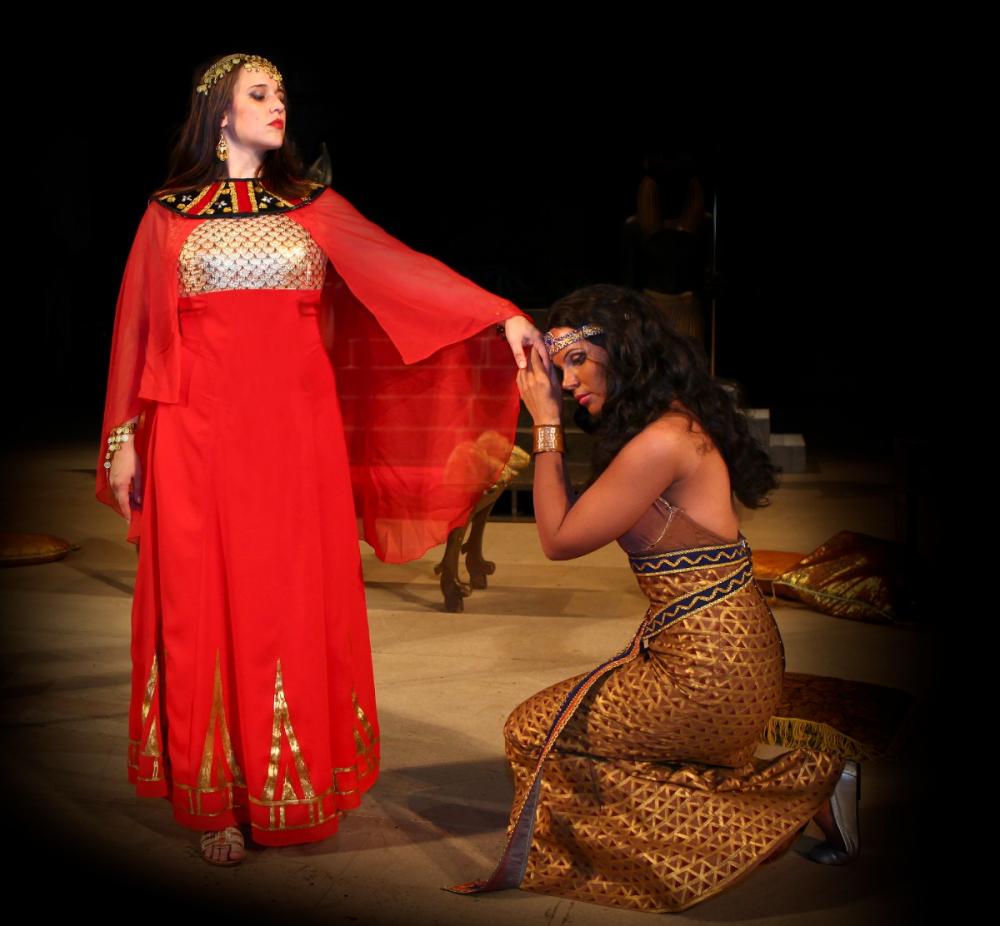 Aida & Amneris
“We find we can be thwarted by border guards between Ukraine and Moldova. I get calls saying the computer QR codes keep coming up blank, no one is being allowed through. That means I must ring up the Director. I had to get the company to sit in a petrol station café overnight until 6am when miraculously all connections worked enabling everyone to be let through.”

“That’s why it is stressful. I have decided to get everyone sent to Krakow, working to a schedule that builds in extra time.”

“But you know Andrew, all through my career I have always had that little bit of good luck in life, and I am hoping to bank on that now.”

“If all permissions don’t come through on the 17th or 18th of this month, I will be speaking to President Zelensky personally!”

I ask Ellen to delve back, not a hard task, as she has a photographic memory, to recall how the European tours began.


I always want my sets to have the wow factor so that when the curtain goes up the audience reaction is one of ooh-aah
“It was Rochester City Council, I must thank. In 1993, they noticed I was doing work across Europe and wondered if an environmental show I was producing in Lille, titled ‘why do the fish leave the river’ would work for between 7000 and 10000 people in Rochester Castle Gardens.

“Andrew, I heard myself saying not really, but I can offer you an opera which I think would sell better, which they agreed to and the next thing I knew I was flying 200 people in the plane that belonged to former Romanian dictator, Ceausescu, to perform Nabucco.”

“I was helped by Clarrie Middleton, arts officer at the Arts Council. She used to be CEO at Welsh National Opera and showed me how to do an outdoor opera event. It sold out and I was the first person ever to bring an Eastern European company to the UK, creating history.” 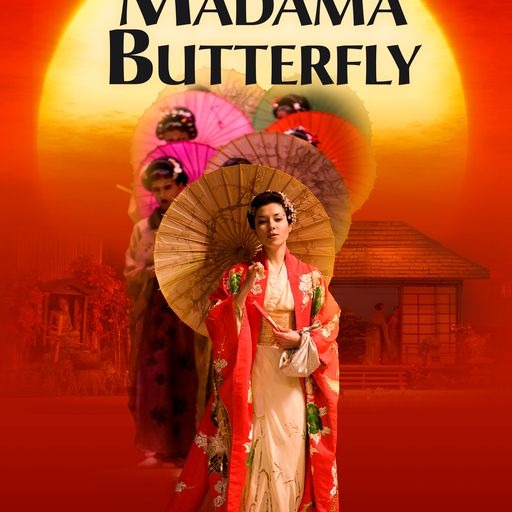 I am intrigued to how Ellen can bring over three operas and put them on in 37 different venues, surely there are idiosyncratic venues.

She tells me it is easier than it looks and is helped by her classics degree from Durham University.

“My set designers are building me a Greek style amphitheatre for Aida, and it looks magnificent as do the sets for Madama Butterfly and La Bohéme - it all looks fab and different parts can be used in different theatres.”

“For La Bohéme it is beautiful, built for me by a wonderful designer from Kharkov Opera. She has been most creative. It is all painted on wonderful cloth in the old-fashioned way, in rooms as big as the historic dockyards.”


I imagine, she would have no qualms getting on the phone to President Zelensky for help and no doubt give a piece of her mind to Russia’s Putin.
Ellen tells me that the audiences across the north will find it in the French impressionists’ style, a set that could have been painted by Renoir, Matisse, or Chagall.

“A reviewer once said to me, and I think he was being sarcastic, but I took it as a compliment, that Ellen Kent comes with her Las Vegas style of operas! But I've opened the door introducing many people who might not have given opera a chance because when I started, opera was very stiff and sniffy”.

“I always want my sets to have the wow factor so that when the curtain goes up the audience reaction is one of ooh-aah. I am creating something that is very filmic and opens opera in a more user-friendly way but always retaining the high-level quality.”

Ellen Kent is, in her own words, quite “obsessive with a massive drive to succeed, not letting go until something is complete”; that’s why, I imagine, she would have no qualms getting on the phone to President Zelensky for help and no doubt give a piece of her mind to Russia’s Putin.

For now, she urges everyone to support the brave Ukrainian orchestra, conductor, chorus, soloists and all the technical and stage crew by attending one of the many operas to appear across the north. 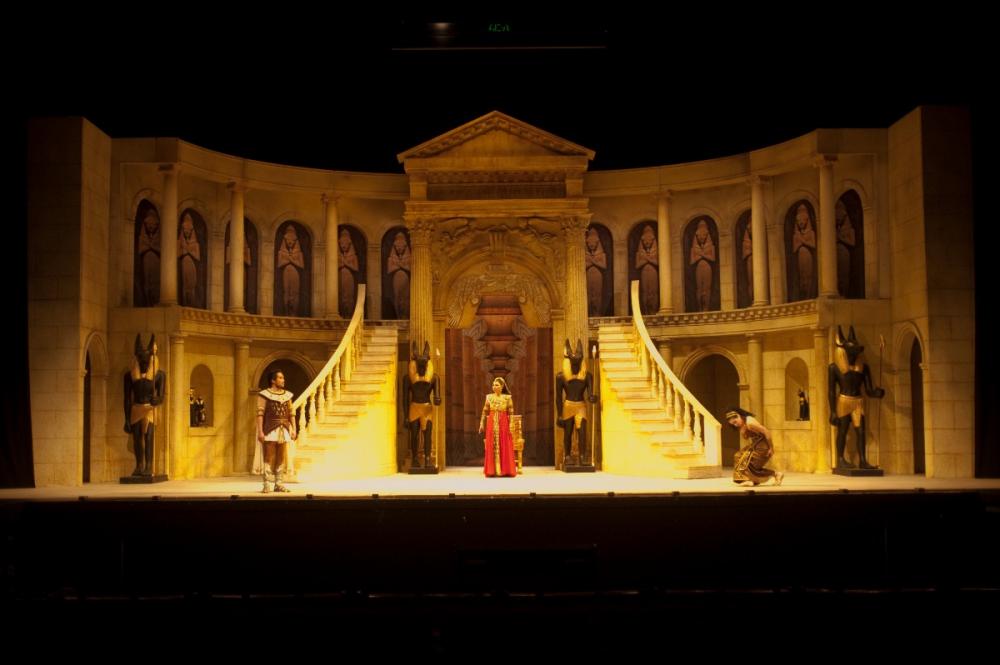