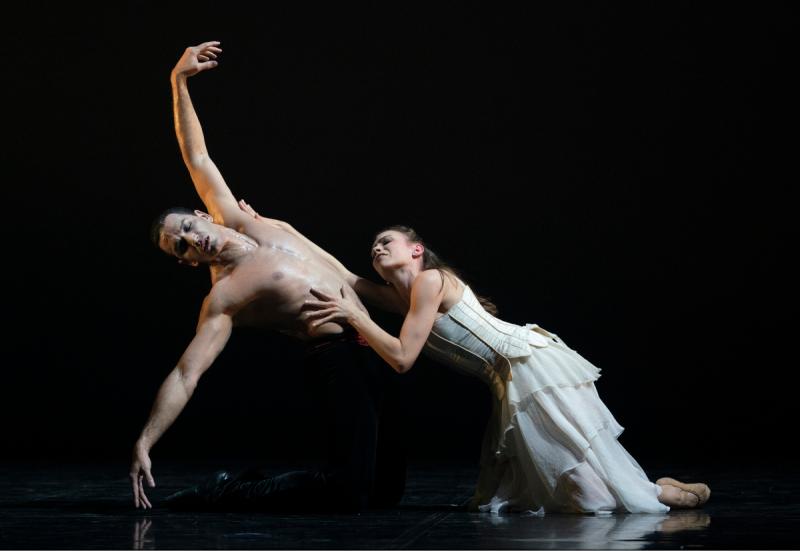 Javier Torres as Dracula and Abigail Prudames as Mina. Photos by Emma Kauldhar
David Nixon's Dracula has drawn first blood on the Leeds Playhouse main stage. Accompanied by a fabulous sound track, which gave their new sound system a good run-out, the dancers of Northern Ballet were at their dramatic best, expressing the angst, the pain and the passion of Bram Stoker's eponymous novel with heart-pumping panache.

Since its introduction to the world in 1897 this Gothic horror novel by the Irish author has barely been far from the public's imagination. Love it or hate it, there's no doubt that Stoker created an icon. 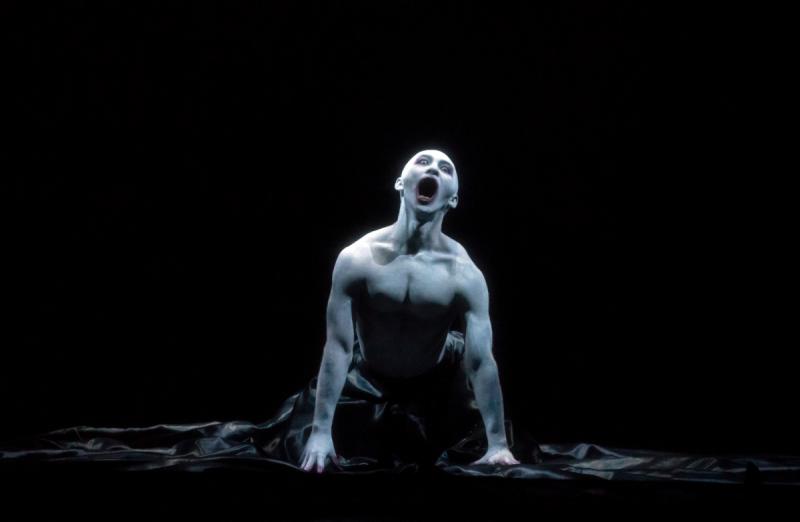 Riku Ito as Old Dracula
The old Dracula, before he popped out for a pint of the red stuff, is disturbingly well animated by a muscular and starkly lit Riko Ito. Later, when invigorated with his favourite tipple, the Count is played by Javier Torres, who applies his incredible physicality to become a potent symbol of mass seduction. The images are stark, the performance is vibrant, Northern Ballet's Dracula is not something you will forget in a hurry.

The piece is filled with character parts with Abigail Prudames, as Mina, and Antoinette Brooks-Daw, as Lucy, adding dramatic weight well beyond their diminutive statures.

Kevin Poeung plays Renfield, a seriously maladjusted patient at an asylum. It's a slightly odd part in that its not clear why he's there - without reading the book of course. But that can easily be forgotten as Poeung revels in the role. 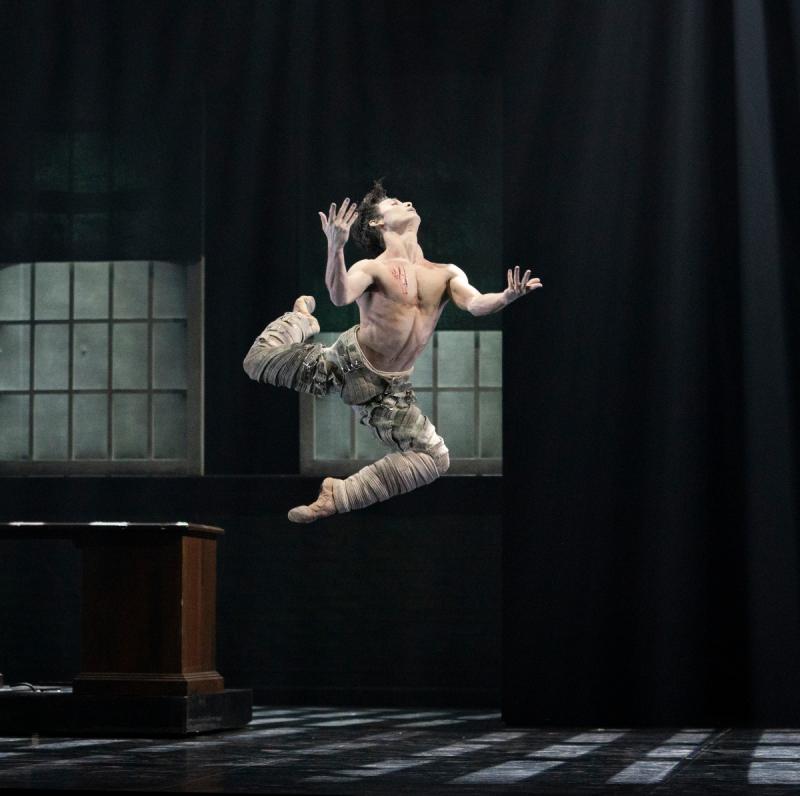 Kevin Poeung as the disturbed patient Renfield
In a modern work such as Dracula a carefully curated, edited or re-mixed soundtrack is a character in itself. For this ballet the selection of music is stark - several pieces by the composer Russian Alfred Schnittke being prominent, appropriate but downright disturbing.


Also by Richard Trinder...
The Cunning Little Vixen: Opera NorthGetting In Touch With ToscaHMS Pinafore At York's Theatre RoyalThe Cher Show: This Must Be What Candy Floss Tastes LikeOrfeo Ed Euridice. Back To The Underworld
Schnittke was a rebel in his time; an irritant to the authorities in the USSR (not a bad thing in itself). His ability to hate almost everything in his life is clearly demonstrated in his compositions. Right from the the opening piece we are ripped from our places of comfort with a pastiche of Bach's St. Matthew Passion playing against - of all things - a tango.

By way of a huge contrast Arvo Pärt's Spiegel im Spiegel, coming late in the second act is a relief, a watershed moment with Mina recognising that she is helplessly in love with the Count, and vice versa. Perhaps an irony that the most comfortable time for Dracula was when music about a mirror (Spiegel) was playing.

Michael Daugherty's Red Cape Tango provides an energetic finale where we see Van Helsing and his merry men rush off into the sunset to free poor Mina and rid the world of the wicked Count. Hurrah! - it was hard not to cheer!

For those not lucky enough to have a Leeds Playhouse on their doorstep, the performance was videoed and will be in cinemas for Halloween.
Details are here: https://www.cinemalive.com/event/dracula