Doggerel For The Discerning: 'The Thoughtful Little Cactus' 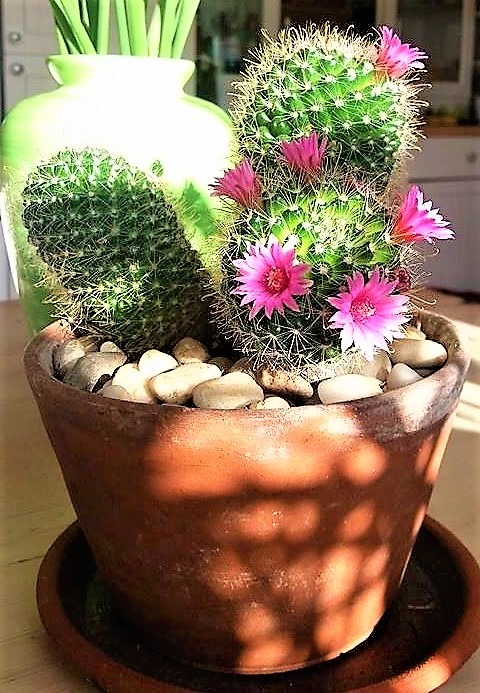 The thoughtful little cactus in the terracotta pot
was a philanthropic soul with modest views,
and while musing on the state of things upon the mantle shelf,
she would listen to the radio for news.

As an empathetic auditor, she catalogued reports,
till she felt that something needed to be done,
about the greed and the injustice and the nastiness she'd heard,
and to try to make it nice for everyone.

So she wrote a manifesto with a view to sorting out
all the problems written on her little list,
and she launched the greenest party that the world had ever seen,
to become the first Pereskiopsitist.

Jaded voters used to third-rate politicians and their ilk,
with their promises, their perfidy and spin,
in great numbers voted for the Cactus Party,
and by tea-time sacked the Government to let the house plant in.

Then the thoughtful little cactus from her base at Number Ten
set about improving everybody's lot
and she proved a better leader than all those who'd gone before,
with it all done from a terracotta pot.

Also by Jonathan Humble...
Poem Of The Week Children's Special: Head In The Clouds By Charlie BownThe Balloon Goes Up: Adventures In Children’s PoetryChasing Clouds - To See The World Through Poets’ EyesReview: What Is A Bong Tree? By Michael RosenThe Artist As Poet: Quest For Ions By Browzan
Jonathan Humble's poem is taken from My Camel’s Name is Brian, which was first published by the Tripe Marketing Board.