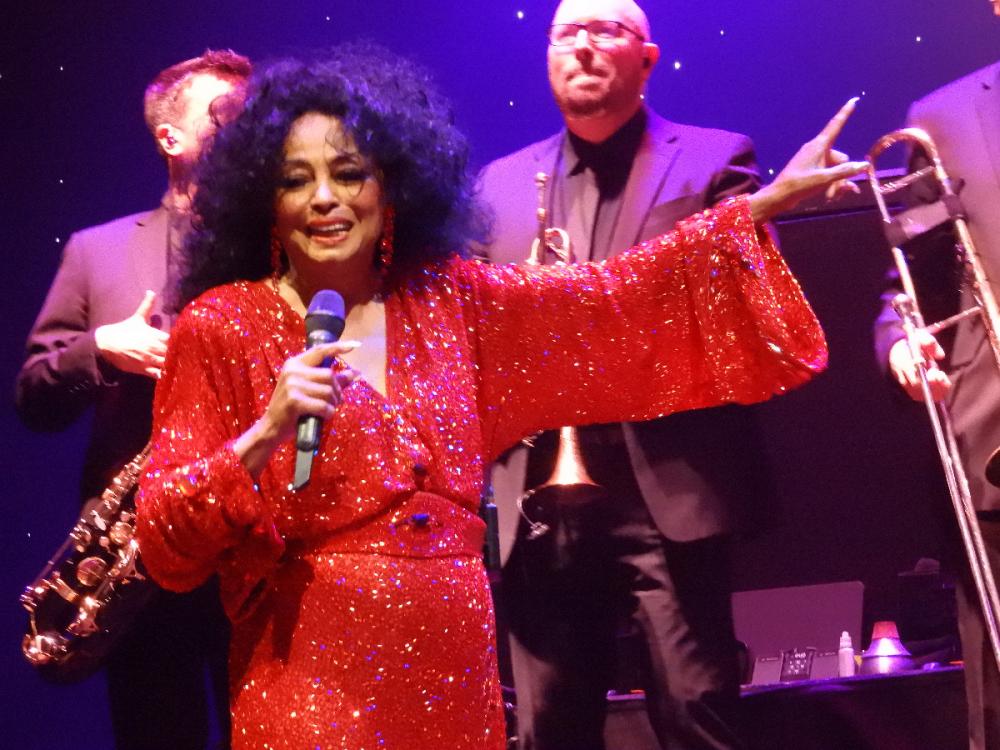 Fresh from her headline appearance at the Queens Jubilee Platinum concert Diana Ross made a welcome return to the north for an all too rare concert at the Leeds Arena. Of course there were no wellingtons in sight as the acclaimed Motown singer wore a selection of glittering dresses that matched the sheer sovereign power of her show.

Backed by a fourteen piece band Ross opened up the show appropriately enough with I’m Coming Out. Her fans instantly jumped out of their seats and most never sat down again in a ninety minute performance that passed all too quickly as she whizzed through her hits, barely pausing to speak to the audience. 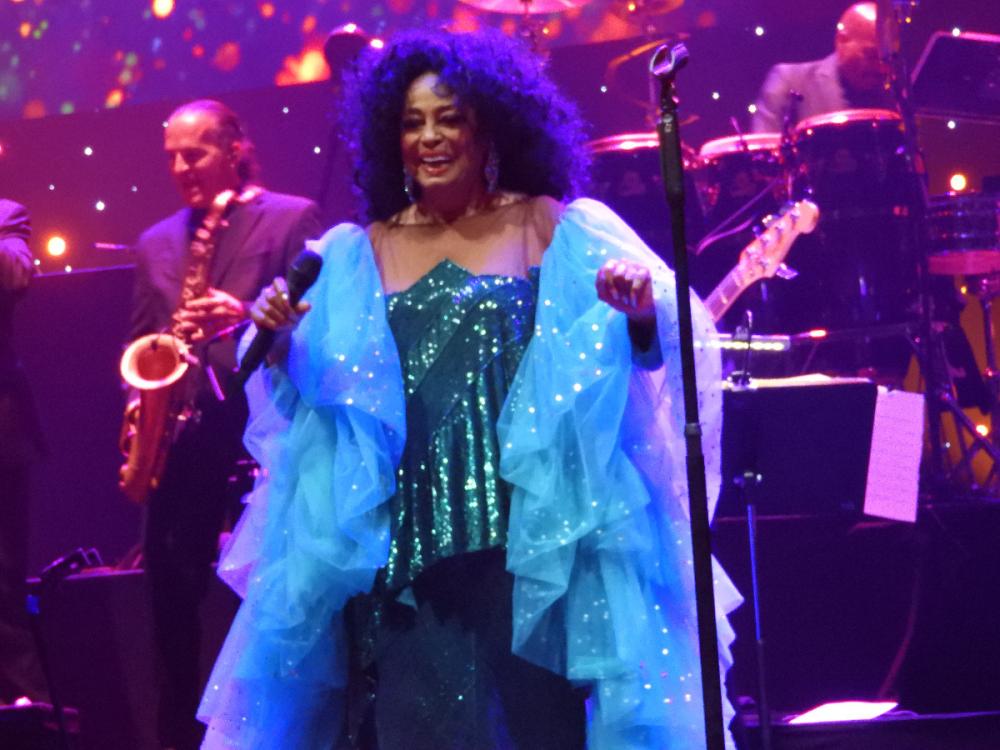 Showcasing the breadth of her career she took the captivated audience right back to the beginning with the Supremes songs Where Did Our Love Go, Baby Love, Stop! In the Name of Love, You Can’t Hurry Love and Love Child.

Her early eighties hits such as Chain Reaction and Upside Down contrasted well with the older Motown songs.

Her accomplished band were always on hand when Ross exited the stage for a costume change - of which, there were plenty.

Far from being a nostalgia trip, tracks from her recently released album Thank You received an airing and evening became more personable as Ms Ross talked about the struggles of the last two years, encouraging the fans to recite a few short verses about "'not giving up" and "keeping the faith".

Whilst it might sound like a cliché to describe her performance of Ain’t No Mountain High Enough as stunning, in reality, it really was. Her cover of Gloria Gaynor’s I Will Survive appropriately followed before things took an even more personable turn as she asked the audience if they had any requests. After a quick shout from the front row, the band launched into It’s My Turn - and the concert added a charm that had been lacking in the earlier part of the evening.

Looking surprised that her fans knew the words to the title track of her last album, Thank You, with its touches of Chicago house music, the lyrics provided a thank you to her fans for the support she has received from them over the years.

“If you need me, call me” were her departing words as she left the stage.

Diana Ross remains the Queen of Motown, and so much more.