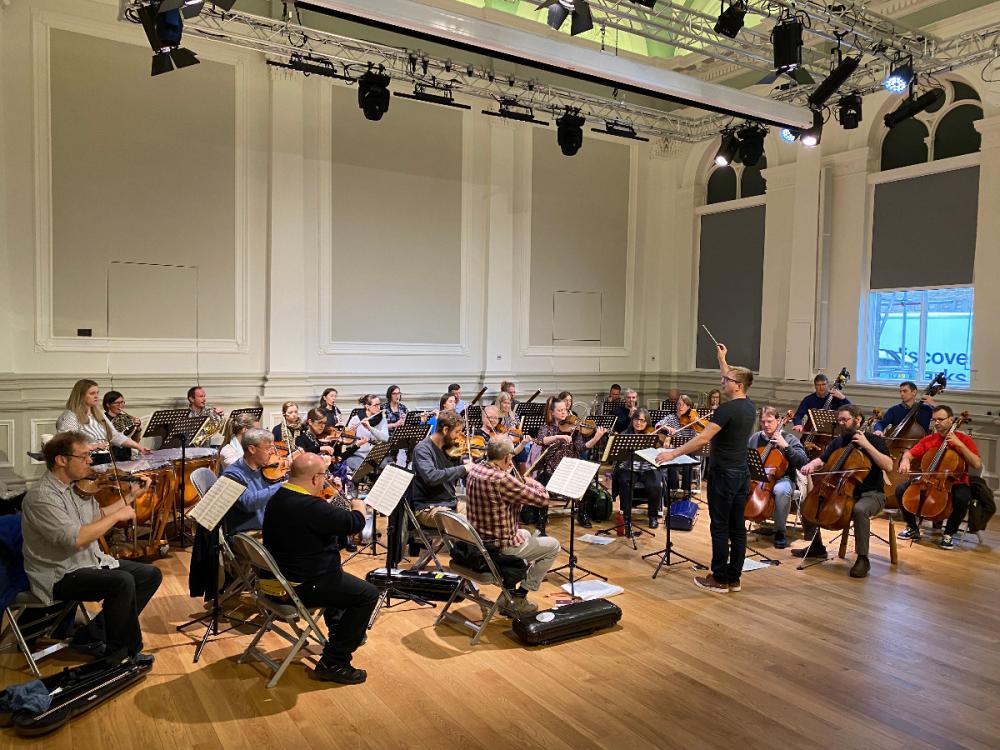 Music inspired by the exploits of a pair of flawed literary characters dominate two orchestral concerts in Skipton Town Hall this October, one for schools and one to the public.

Pupils from several of Skipton’s primary schools are to be treated to music portraying the exploits of Don Quixote, the deluded Spanish nobleman who thinks he’s a mediaeval knight, and Pulcinella, an Italian Mr Punch. The music, by Telemann and Stravinsky, will be performed by Skipton Building Society Camerata, North Yorkshire’s only professional orchestra.


Ben Crick
Conductor Ben Crick says:
“What’s interesting about these pieces is how they mix it all up. Pulcinella’s like a 20th century cover of 18th century music based on a 16th century character. It’s fusion music!”

“It’s a rare opportunity these kids have.

“What other town the size of Skipton can boast a resident professional orchestra? And it’s thanks to the Town Hall and our sponsors Skipton Building Society for that, as well as the Tarn Moor Estate for supporting the education work we do.”

The schools’ concert is again made possible by a generous grant from the Tarn Moor Estate who have previously helped fund performances of Prokofiev’s ‘Peter and the Wolf’ and last year’s ‘Warriors of the Rainbow’ with the orchestra.