Margery Wentworth; Peace, Come Away; To Sleep! To Sleep!; Tallis Why Fum’th in Sight; Vaughan Williams Fantasia on a Theme by Thomas Tallis Arr. T. Burke for Voices & String Octet 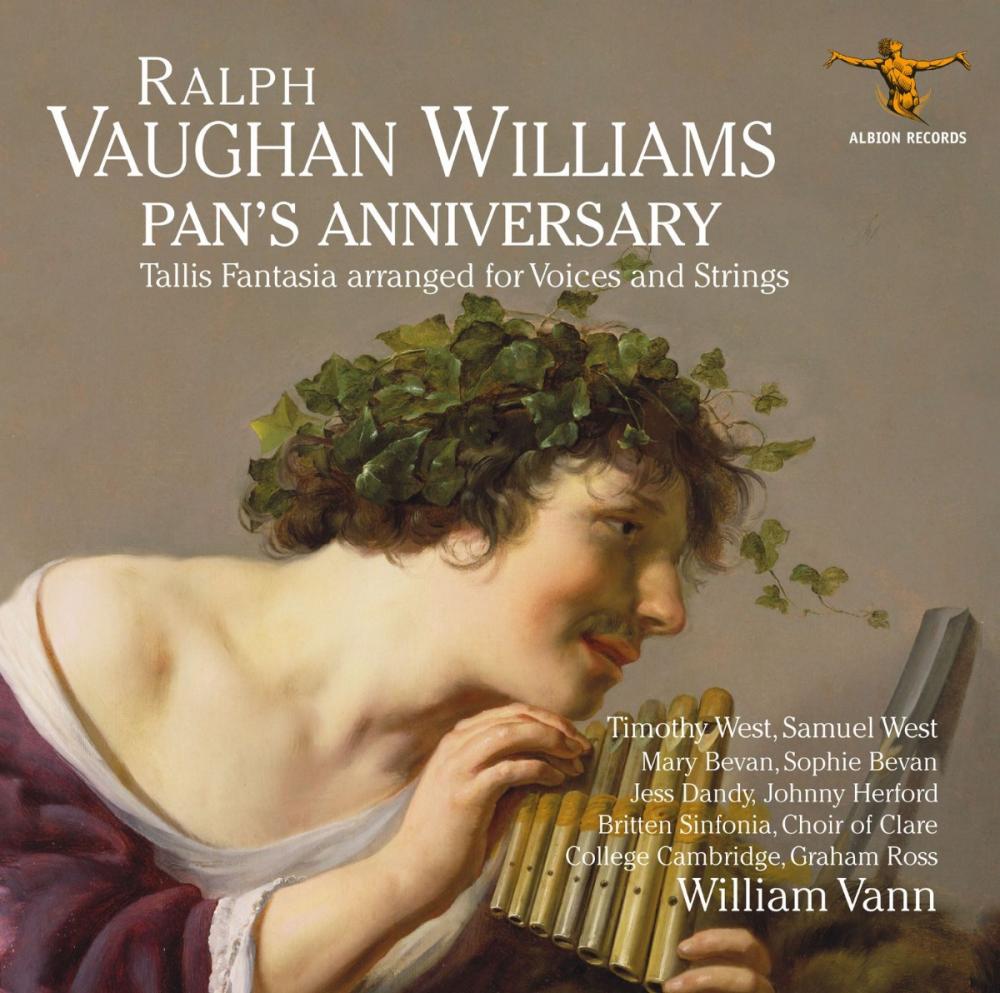 At the heart of the music are four great Hymns to Pan for three female soloists, chorus, and orchestra. Time was short, so Vaughan Williams delegated some of the dance arrangements (based on traditional tunes) to his friend Gustav Holst. The work was performed just once, on Easter Monday 1905 and was reconstructed for this recording.

In the second Hymn to Pan one can hear the wonderful tune, Sine nomine, which RVW composed to accompany the hymn For all thy saints, and in the fascinating accompanying notes we learn that the opening four notes (already heard in The House of Life in 1904) are rearranged, but then the tune develops in the form of the hymn. Instead of the concluding Alleluias we hear what sounds very much like an inadvertent quotation from HMS Pinafore: ‘For he is an Englishman’!

The enjoyable seven minutes that makes up Revels by Holst, a short suite based on familiar folk tunes: Galliard (Spagnoletta) Maria Martin, Spurn Point (Come all Good People), Sellinger’s Round and The Lost Lady, is splendid.

What makes this recording so good is how all the different contributions come together. Thomas Gould’s traditional fiddle solos for the Antimasque for example, are short and pleasant.

The Britten Sinfonia is on top form with the strings capturing RVW’s spirit so well. The timbre of the choir and soloists is delightful, and the recording engineers have judged the balance perfectly in the Henry Wood Hall, London. Sopranos, Mary and Sophie Bevan, along with contralto Jess Dandy, as the three Nymphs, excel, their voices meld and complement each other wonderfully.

An added treat is having father and son team, Timothy, and Samuel West reading, it adds to the overall quality; the duo is a great choice.

Throughout the orchestra is resonant adding a rich texture and the brass characteristically epitomise RVW’s writing for this section of the orchestra.

Peace, Come Away and To Sleep! To Sleep! are two settings of poems by Tennyson that Vaughan Williams made when he was a student. They have been orchestrated and edited by the composer Christopher Gordon, who also orchestrated Margery Wentworth, a much later setting of poetry by John Skelton and sensitively performed by baritone Johnny Skelton. They demonstrate RVW’s skill at writing choral and orchestral music.

The CD ends with Timothy Burke’s arrangement of the Fantasia on a Theme by Thomas Tallis for voices and string octet which was part of a lockdown project. This is the first full recording with the choir (of 39) and octet under one roof. The words set in the Fantasia are taken from the English translation of Psalm 65 from Archbishop Parker’s Psalter, the source for Tallis’s original setting.

It is interesting to hear although I am not quite convinced by it in the same way that Barber set his Adagio to the words of the Agnus Dei. I think the sopranos can be a little shrill as they reach for the top notes but overall, it is a disc that is appealing, interesting and enjoyable.