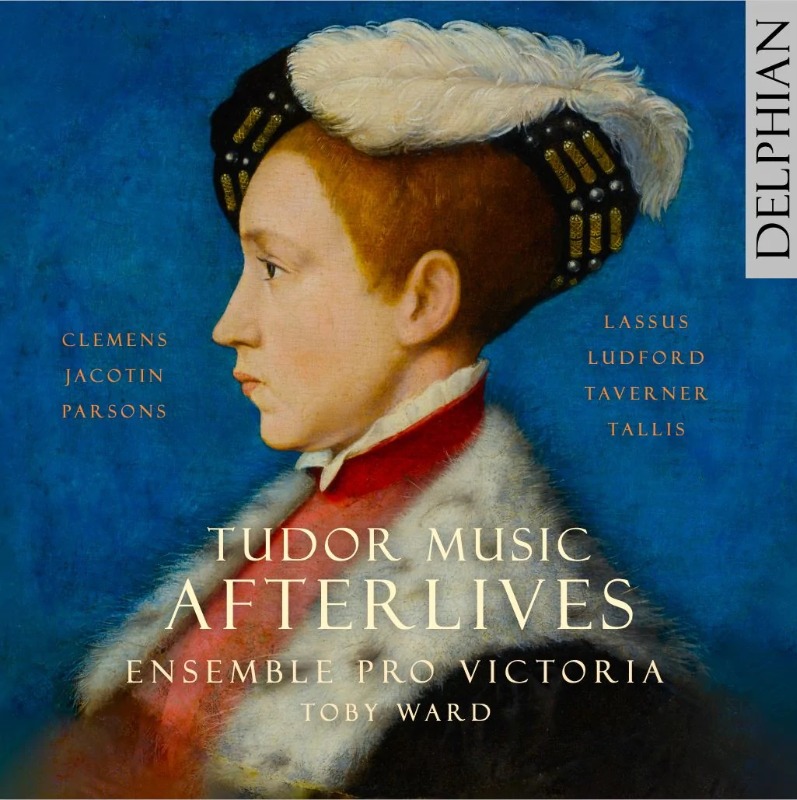 Music notation, as we understand it, evolved in the hands of Renaissance and Baroque composers, particularly as instrumental music overtook vocal music as the dominant genre. It may surprise many to learn that the Tudor repertory with which we are now confidently familiar is in some goodly part a rediscovery, often a reconfiguring or re-imagining, sometimes based on remarkably scanty evidence.

Revival of interest in Tudor music, principally that of the first generation of composers of the Anglican Reformation, got underway in the 1920s, at the beginning of the age of sound recording, with notable focus on such as Robert Fayrfax, William Byrd, Thomas Weelkes and Orlando Gibbons. These were the great survivors and adapters: most Anglo-Catholic composers had fled to the Continent, except Byrd who remained a closet Catholic.

The material on Pro Victoria's splendid second album for Delphian is earlier still, yet more fragmentary and ranges widely in content and style. It often looks back to almost a musical pre-history, as Magnus Williamson, Professor of Early Music at Newcastle University, the organist on this collection and the moving spirit behind it, informs us in scholarly sleeve notes. It is a journey on 'long-forgotten pathways … paths not taken … that ultimately led nowhere.'

It's truly fascinating, not to say heart-stopping, that the vocal polyphony of the Lady Mass Movements of Nicholas Ludford (1485-1557) have survived in their entirety in a single set of partbooks, probably from the 1520s. They are the only surviving cycle of Lady Masses, of the kind once sung in three parts in churches each day of the week. Listening to Por Victoria's blended voices swelling from our modern devices, puts us in tune with a set of sounds and values from the distant past - up close and personal as the modern phrase might have it.

Though the organ versets, which alternated with verses of the mass, only survive as single-line melodies, we are probably as close as we ever will be to the originals, thanks to the sensitive reconstruction based on Williamson's understanding of accepted Tudor techniques. Ludford, by the way, does not even merit a reference in the early edition of Percy Scholes's Oxford Companion to Music, once the bible of musical encyclopaedia. The eminent music scholar of more recent day, David Skinner has, however, called Ludford 'one of the last unsung geniuses of Tudor polyphony', a major figure bridging the gap between the music of Fayrfax and that of, perhaps, the most important English composer of his day, John Taverner (1495-1545).

Though Taverner's Quemadmodum desiderat cervus, the setting of Psalm 41, exists in four separate later sources, apparently much detective work was required to return it to something like its original. These delightful settings of psalms by John Sheppard (1515-58) have also required some 'extreme re-construction'. Williamson confesses to having 'hypothesised' the four-part scorings of lost settings.

Thomas Tallis (1505-158), one of the most important composers of English choral music of any period, is represented by a sacred anthem, I call and cry to thee, O Lord, possibly the most well known of material on this CD, and extant in many early collections. It is found in no less than the most prestigious, the Cantiones Sacrae, of 1575, which also contains work by Byrd and is often thought of as the collection that convinced the wider world of the splendour of England's Protestant musical breakaway.

There is also a thrilling reconstruction of a rather beautiful partsong by Robert Parsons (1535-71), the least well known of the composers. In an entirely different tradition, we rejoice to come across several French chansons composed by Philip van Wilder, Flemish lutenist, popular at court. His songs circulated widely and survived in many sources, which means what we hear is very close to authenticity in these melodic dressings of courtly love.

The immediate pre-Reformation was a time - much like our own - of turbulence, flux and process, of great religious, social and musical changes, and these 'ghostly' strains and echoes of early Tudor music offer incredible insight to the musicologist as well as much pleasure to the general listener. Many not heard for centuries, these fragments, often preserved only in lute entablature, take us back half a millennium to the first golden age of English choral music, place us in imagination under the great vaulted arches of the Gothic churches and chapels that were once a daily a feature of English life. It is a tremendously uplifting experience.

We owe a great debt of gratitude to the full-throated ease of Ensemble Pro Victoria, one of Britain's finest young vocal choirs, founded in 2015, at the University of Cambridge, by Humphrey Thompson and Otley-born Toby Ward, who conducts on this recording. In partnership with the Arts & Humanities Research Council-funded Tudor Partbooks' research project, led by Magnus Williamson, they are dedicated to pre-Reformation Tudor music and the early Baroque. The lutenist here is Toby Carr.

It is virtually a year to the day since the proselytising Delphian label brought out the Ensemble's acclaimed exploration of Robert Fayrfax's music, to coincide with the five hundredth anniversary of his death. This one, which benefits from the exceptional acoustics and mighty organs of All Hallows', Hampstead and St Basil's Church, Newcastle, where it was recorded earlier this year, promises to be equally well received and deservedly popular.