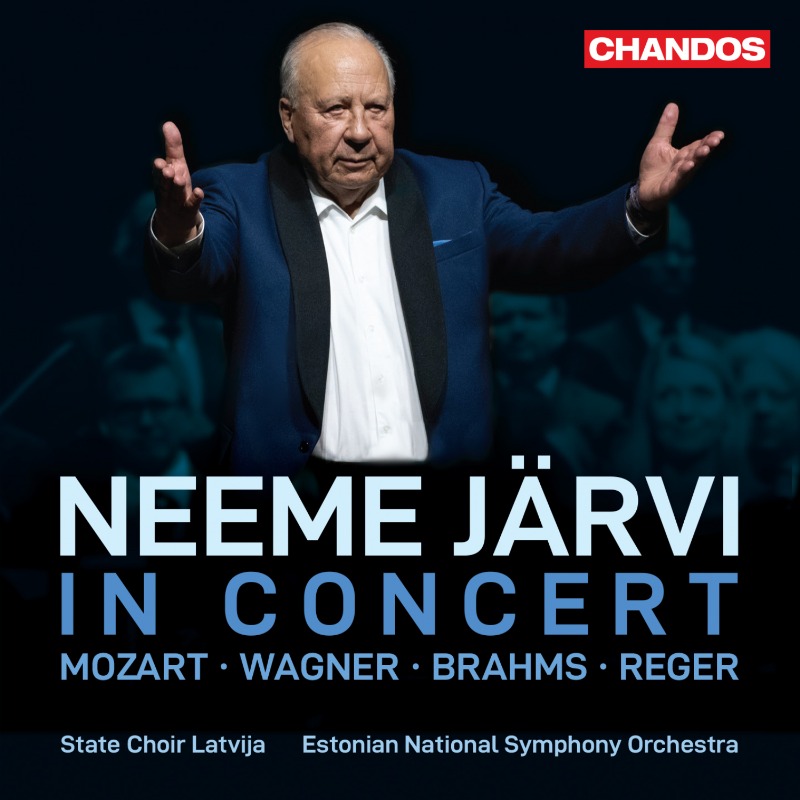 One of Wagner’s early concert overtures Polonia, published in 1836, may well have been inspired by the composer’s encounters with defeated Polish nationalists in Leipzig in 1832. Wagner wrote several concert overtures during this period – whilst plans for his revolutionary operatic output were developing – including Christoph Columbus and Rule Britannia!!

In his excellent notes, Nigel Simeone points out that an anonymous article in the Musical Times took a rather high-minded view that Polonia was ‘constantly verging on the vulgar’, although its overall verdict was more positive, asserting that ‘the music is... charged with life and intensity’ and that for all its youthful high spirits, Polonia demonstrates the young composer’s ability to create a coherent structure.

It is splendidly played by the Estonian National Symphony Orchestra who respond to Järvi’s baton with finesse and beautiful playing especially the slow introduction from the strings. The entry of different sections are well balanced and after the middle section’s dance like themes the overture makes its way to an exuberant finale.

Reger’s Serenade was a revelation. From beginning to end it is a work that magically weaves a hold over the listener, perhaps that's why it is constantly on repeat on my music system. Why is it so neglected? I am familiar with Reger’s organ works but not his orchestral compositions which I will explore with interest.

It is scored for wind, brass, timpani and strings which perfectly catch the mood with a beautifully expressed theme that appears again half way through after a brief entry from the harp. The strings are split antiphonally into two groups: on the conductor’s leﬅ the strings play without mutes, and those on the right play with mute. The brass throughout are effective and contribute to a charming close.

The 3 minute second movement Vivace a Burlesca changes the mood and Reger makes good use of the woodwind. It is the deliciously romantic third movement that is full of warmth and idyllic harmonies that come together with such polished control. The lilting melody at times lingers enough for one to feel the gorgeous magnetic charm. Reger wrote to a friend: ‘the third movement is already complete in full score. It will be the most beautiful slow movement I have ever written!’ In Jarvi’s hands Reger is proved right as the trance like music takes hold and with a final shiver from the harp this movement is brought to a celestial close. The contrapuntal Fourth movement, an Allegro, brings this unexpected piece to its conclusion, as Simeone informs us, it is Reger’s final trick to end with a reflective coda in which the glorious opening theme returns for a last, peaceful farewell. I did not expect such unadulterated beauty from Reger.

Brahms set Schicksalslied (Song of Destiny), a poem by Friedrich Hölderlin, in two movements with chorus, but then added a third, an orchestral postlude. The State Choir Latvija are like the orchestra on top form in this unmistakably Brahmsian choral work. The voices blend well and are controlled with some lovely soft singing and equally fine accompaniment from the woodwind. They give a captivating and assured account of a piece that once again should be heard more often.

The disc ends with a sublime and ethereal performance of Mozart’s Ave Verum once again perfectly balanced and controlled. The accompaniment is tender and gentle, the crescendo subtle; just 46 bars of utter and effective simplicity. There is a little treat in store as the choir adds a little coda and as the music fades we hear the appreciative and enthusiastic applause from the audience at this live concert.