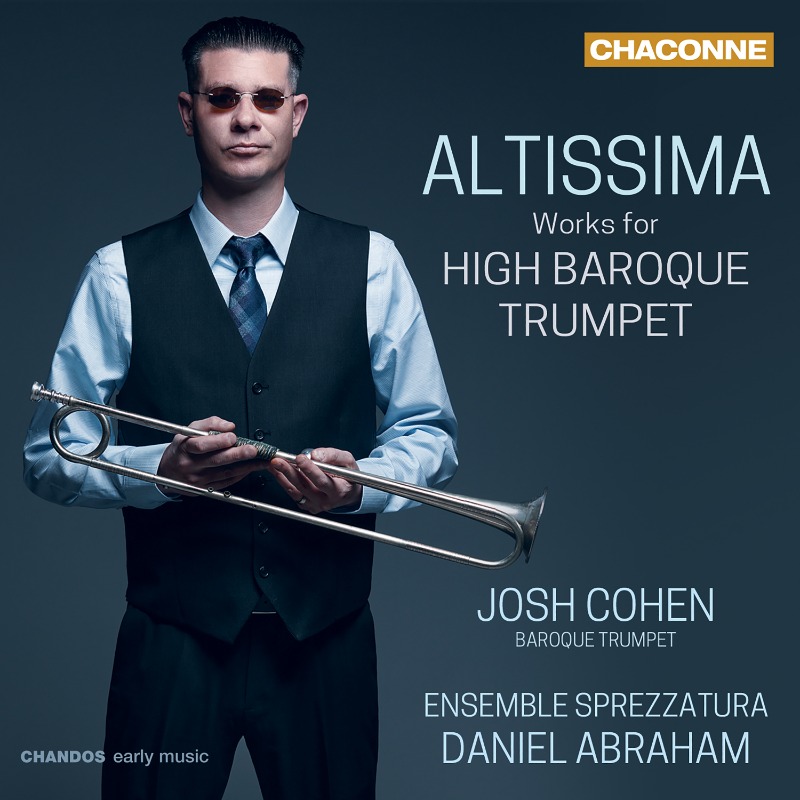 Peter Watchorn, who was at the recording, has written an interesting short commentary on the instrument, noting that the disc is devoted to a broad cross-section of trumpet repertoire from the late seventeenth century through the mid-eighteenth showing how far the art of playing the baroque trumpet has advanced.

From the short thirty second opening Abblasen (fanfare) by Bach’s principal trumpeter in Leipzig, Gottfried Reiche, Josh Cohen signals an exciting treat is in store. This should not take us by surprise as in a captivating five-minute Chandos video, Cohen talks about how he and his dad used to listen to a programme in the 1960s and 70s on Renaissance and medieval instruments which obviously piqued his interest and prompted Cohen to start the instrument from an early age.

This knowledge and interest in how the instrument sounded before the development of the valve trumpet is what makes this recording exquisite. Working with Daniel Abraham, an early music specialist, on choosing repertoire, the duo have brought acumen and vision to their research and work therefore the performances have an authentic authority.

Daniel Abraham, who contributes a set of absorbing notes on the pieces, conducts Ensemble Sprezzatura, an artistic collective that bring informed and fresh performances, each composition superbly crafted with nimble, sharp playing all musicians skilfully responding to the expressive markings.

Endler’s Sinfonia à 7 in F major, was a piece Cohen heard when he was about 12 years-old and with its rich orchestration, for solo trumpet, wind, horns, and timpani suggests it was composed for performance at the hunting castle at Kranichstein. It is, as Abraham’s points out, the first recording of the work on period instruments. Its charismatic opening Allegro includes an extraordinary and exorbitant number of high Fs. This is one of many highlights on a disc that will propel Josh Cohen into the well-deserved limelight on this side of the pond.

His virtuosic, flawless playing shows an accomplished technique with articulate performances that have grace, lucidity, and a wonderful tone which Chandos’ engineers have captured superbly well.

Be prepared to be astounded by these performances.