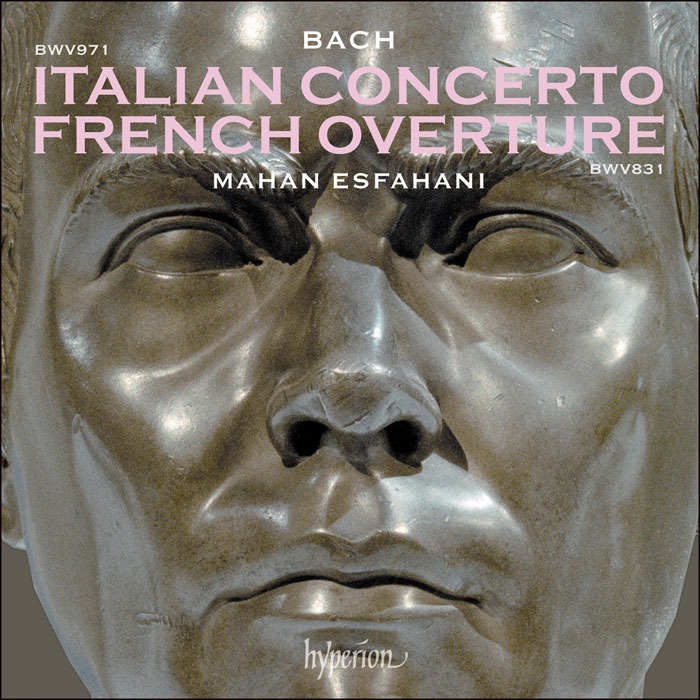 He has meticulously scrutinised the scores that Bach’s engravers and copyists produced discovering a few possible mistakes that he has clarified notably in the Italian Concerto.

Recorded in St John the Baptist Loughton, on an instrument built by Jukka Ollikka in Prague, and completed in January 2018, it is a captivating recital. The acoustic works and the recording engineers have done an excellent job in picking up all the fine detail.

In the familiar Italian Concerto, he captures the spirit of the piece in the splendid opening, the lovely slow movement, and the virtuosic presto, playing at a speed where one might think clarity maybe lost, instead as Esfahani’s hands move and leap across the keyboard, the concerto fires up into a dazzling display of inimitable brilliance.

All the pieces are performed with colour and plenty of decoration. The sounds Esfahani produces are incredible, ably showing the capability and full range of the instrument and, in seventy-three minutes, he gives a glistening performance that includes unfamiliar pieces.

The two capriccios are delightful and as Esfahani points out in his absorbing notes, the E major is a work in which the young composer throws in in every harmonic and contrapuntal trick that he can muster.

Such is his playing and interpretation come to the recording with no preconceived idea of what you expect to hear.