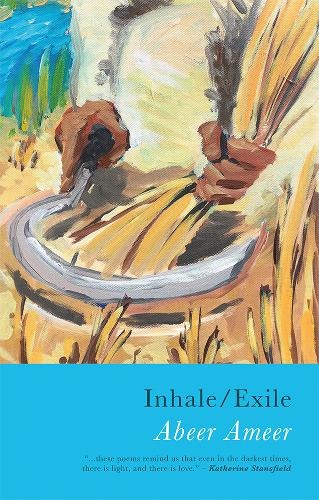 Meeting the cheerful Razur was an object lesson in blunt resistance, gallows humour and a suggestion of imminent unravelment. Razur was Iranian, from a middle class family who’d thrived under the Shah’s regime, but by 1982 was persona non grata beneath the baleful gaze of the Ayatollah Khomeini. A student at Leeds of unlimited tenure, he was in no hurry to return; the authorities, he said, would execute him if he set foot in Teheran again.

He was a kind of exile, much as ‘The Student’ in Abeer Ameer’s fine poem is about to become, his future mapped out partly by misfortune and partly by virtue of youthful exuberance. A poem of re-imagined fate, the Iraqi boy who has a ‘swagger like James Dean’ and transgresses brutally restrictive boundaries by telling the truth to excess – as children do - is rescued from punishment by a sympathetic teacher. His subsequent wandering is peripatetic and carefree, except when it is not: like Razur, the tentacular threat of an antagonistic homeland reaches over water and into the double-edged present of another kind of intolerance. Ameer’s unblinking quintains yield little space for self-delusion – the Billy Liar of Najaf senses danger in otherwise unlikely places:

Ameer’s earnest vision serves her wider purpose well; an untrammelled, in places deeply disturbing, view, is a precondition of poetic conviction – endurance, the struggle to exist, and to forge an identity, are rendered the more convincing in the vernacular of internecine survival. And her images of an Iraq torn to pieces are brutally frank, even shocking, to an audience not schooled in the consequences of unending civil war. A ‘Mackem’ by birth, but Iraqi by heredity, Abeer Ameer’s exposure to the reality of Middle Eastern conflict is fed both by the testimony of friends and family, and by personal observation.

Her two lives are both distinct and indivisible – the enabled British poet who is the conduit to her audience’s understanding is counterpointed by the witness whose horrific ‘statement’ is, in turn, ironised to oblivion; acts of random, unspeakable violence explode in inconsequential, entirely unexpected, settings, like a bomb going off on a languid afternoon. And it is to this sense of shattered ordinariness that Ameer returns throughout Inhale / Exile, an astonishing odyssey across familiar and unfamiliar terrain, in search of a unified language of understanding.

The horror, when it comes, shreds our mental tendency to evasion, fills the ideated space between the pilot finding the target in his digital cross-hairs, and the human obliteration, somewhere out of sight thousands of feet below. Facing it square on, as the early Greeks advocated, is the most efficient means of inculcating meaning and empathy. And Ameer charges her lines with visceral immediacy, does not allow the reader to look away, in order to disclose the brutal, organic truth of death in three dimensions, since ‘no image can show the pungent air / thick with sweet apple and bile.’ (‘Photographer in Halabja, 17th March 1988’)

Ameer has a nose for contrapuntal sensory awareness; the triggers of presence layer carnage and its aftermath in profoundly affecting oxymorons. ‘The Mechanic’, who every Thursday ‘carries watermelons for his uncle’, is besieged by a potency of oppositions:

‘At night when others sleep
he steps out into the darkness

feels the fallen bodies under his feet
hears gunfire and dogs barking,

He smells the burning hair and flesh
through the jasmine-scented air of the garden.’

A dialectic of oppositions is, in any case, one way of capturing the essence of this bravely realised collection: conflict and resolution, the dispassionate mechanics of guerilla warfare, the fragrant, often colourful landscapes in which terror unfolds, the ‘Bullet rounds and birdsong’, and the forensic examination of cycles of violence crystallized without sentiment. Ameer’s training as a dentist seems to inform a preoccupation with physiological detail: severed heads and limbs, evisceration and necrosis, layer her narrative like charnel house walls, and accrete to invest the tableau with a kind of pictorial symbolism, like Bosch’s vision of Hell. And especially teeth, which endure long after the decay of soft tissue. In the footage of Saddam’s capture, Ameer nails the flimsy Allied pretext for invasion in one moment of televised ignominy:

‘Saddam opens his mouth as they search
his hair, beard and molars
for weapons of mass destruction.’ (‘Video Capture I’) 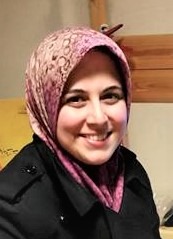 Abeer Ameer
The stretching of Saddam’s neck on a makeshift gallows was rehearsed in Firdous Square by baying crowds on 9th April, 2003. In a methodical, closely observed triptych of three protagonists – the sculptor of the dictator’s bronze image, a Marine at the statue, and an animated citizen determined to bring the sculpture to ground – Ameer locates a savage irony in the determined double-entendre of the titular ‘Lost Heads’. Not least because the assumption of moral rectitude and a new Iraqi dawn – ‘100% justified’; ‘Free at last’ – turn out to be specious (‘Lost Heads at Firdous Square, Baghdad, 9th April 2003’). The inherently unstable structural foundations of this country would replace Saddam’s ‘execution list’, which terrified some into hiding for decades (‘Ya Allah, I only have you’ - ‘Interview with the Hermit’), with the torture, mayhem and lost heads of his successors, whose good offices will continue to separate heads from bodies in perpetuity. Instead of pearls, the Tigris ‘Diver’ finds the decapitated torso of one more victim, for burial ‘tomorrow in an unmarked grave’.


Also by Steve Whitaker...
Poem Of The Week: ‘All The Pubs Where We Used To Meet Are Sinking’ By Carole Bromley'These Are The Hands' : Many Different Kinds Of Love By Michael RosenPoem Of The Week: 'Going Blind' By Rainer Maria Rilke (1875-1926)Review: The Devil And The Dark Water By Stuart TurtonPoem Of The Week: 'All' By Alison Brackenbury
The descent into violence and chaos, and the relentless, often random enervation of social and cultural energy, tears the enfeebled, changeful body politic to shreds. Nowhere is the disordered landscape better illustrated than in the imperial bungling of the ‘forgetful’ Sykes and Picot, the diplomats whose ‘agreement’ carved up a large swathe of the Middle East between the British and French in 1916. The drawing of arbitrary lines in the sand wholly overlooked the interests of the Kurds and with them, a claim to collective identity. That these persecuted people continue to struggle for recognition is the driver of the devastating poem, ‘Kurdish’; hiding from Saddam’s forces in a water tank, the sixteen-year-old boy whose misfortune it is to be a Kurd, can only hope that the soldiers will similarly be overtaken by amnesia, and ‘be so kind / as to forget about him too’. The personal is the resolutely political here; what brings the foreshortened quatrains into almost unbearably ironic focus is the insinuation of good manners.

We may be certain that Abeer Ameer’s astonishing and deeply affecting collection will not induce amnesia in the reader; her images will remain long in the memory. And most of all when they describe the ubiquitous, enduring plight of women in strife-torn zones – the widow, the grieving mother or sister, the orphan. A yearning for a kind of home is intrinsic to the condition of the refugee, and perhaps also to the writer whose home is England yet whose spirit cleaves, in remote reflection, to Iraq. But central to a definition of displacement, of statelessness, is the universal figure of suffering womanhood. The grieving Hecuba, abject on the plains of Troy, continues to be replicated in every war-blighted corner of the globe; the world, as Tony Harrison found, is full of Hecubas – we see them almost daily on our television screens. Ameer’s envisioning of grief in her poem ‘Passing’ distils pain through a desperate clinging to tokens of remembrance:

echo ululations and smacks from footballs.’

It would be difficult to conclude that Ameer’s sonnet, ‘The Reed Flute and I’, an exquisitely delicate re-imagining of a Thirteenth Century Ghazal, and a paean to exile and loss, does not bear some autobiographical resonance. Although an act of figurative dislocation, the splitting of a reed from its bed enables a connection: the reed flute’s song articulates the predicament of the exiled, gives breath to the pain of separation, and embodies a yearning for return:

‘As the reed flute sings you weep your sorrow;
your heart still beats in the place you left. The weight
of your yesterdays that were once tomorrows
halves you’.

Abeer Ameer’s song of heart, home and longing cuts to the bone, and it is a triumph.

Inhale / Exile is published by Seren