Bringing The Beat Back To Bradford - A New Exhibition

The Bradford Odeon has stood in the centre of Bradford for nearly 95 years. Over the course of its rich history the Art Deco building has hosted cinema screenings, dances, bingo sessions, charity events and concerts - The Beatles, The Rolling Stones and Tom Jones all appeared there in the sixties.

When the Odeon closed in 2000 it’s future was uncertain. It took a decade of sustained activism from the community to save the building from demolition.

The majestic building is now being restored to its former glory as an entertainment hub for Bradford and beyond and is scheduled to open in autumn 2023 as Bradford Live.

Memories of the venue, which was previously known as the New Victoria, the Gaumont, and the Odeon, run deep and within its walls lie many a tale.

Bringing The Beat Back To Bradford is a community sourced free exhibition that shines a light on the stories, featuring photographs, artefacts and memorabilia received through an open call to the public, community outreach and research in local archives.

The informative exhibition covers every stage of the buildings history from when it first opened in 1930 up until the closure.

Staged in the Impressions Gallery alongside City Park, the iconic Odeon building stands tall and proud just over the road from the Gallery.

There are ticket stubs from The Beatles concerts and The Rolling Stones, posters that include the line ups of acts that appeared there, original signage, photos of how the building used to look as well as later developments, when fans queued around the block in 1977 to see the Star Wars film. Staged in chronological order the exhibition ends with the sad closure in 2000.


Restoration continues
For those who were not born at the time and those who were, this exhibition details how the Odeon brought all the big pop acts of the day to the city - and looks to an exciting time ahead when Bradford Live opens, bringing all today's top acts back to Bradford, firmly putting the city back on major artists touring schedule.

Attendees of the exhibition can still contribute with photographs and stories for display on the Memory Walk in the foyer outside the gallery.

The exhibition is a celebration of the past and looking in anticipation to the future and it will undoubtedly be a major boost for the local economy bringing the beat back to Bradford. 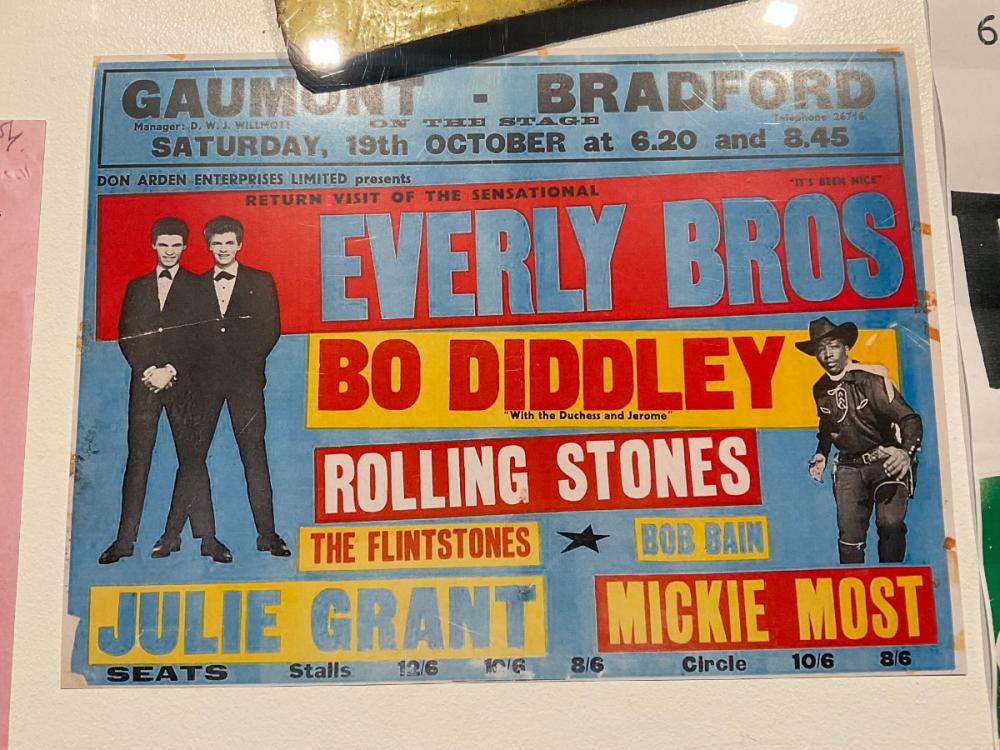