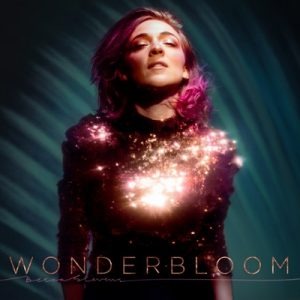 Becca Stevens has always been known to fuse her love of genres within her releases. A little bit of jazz and a little bit of folk have been her definitive sounds, however, on her fifth studio album, Wonderbloom, all that shifts into a more pop-centric field. While there are still echoes of Norah Jones in elements of the record, there are also clear influences from Janet Jackson, Björk, Christine & The Queens and Marina and the Diamonds to be thrown into the mix.


Also by Jeremy Williams-Chalmers...
Jay Blanes - FireworksShaun Escoffery - Strong EnoughKatherine Jenkins - Cinema ParadisoSingles Of The Week: 3 July 2020Musical Motivation: JeyB
The result is a very interesting collection. While it could be argued that Becca Stevens is searching for her sound in an album that showcases such a broad range of styles, the opposite could be equally argued. Becca Stevens has spent the last 12 years showing how she excels in two distinctive fields, and has the able to marry them flawlessly. Wonderbloom simply extends that notion further.

Boasting the bite of Katy Rose, the HAIM-esque Good Stuff is a radio ready anthem. Channeling Marina, album opener Low On Love is also international hit material. However, it on the Christine meets Janet funk drive of I Wish and Feels Like This that Stevens shines the brightest.

A sonic experimenter, Stevens expertly crafts her songs and her voice uniquely marries them together. Wonderbloom in less capable hands would have lacked cohesion, but it is a record with a strong narrative and direction.