Bat Out Of Hell - The Musical Roars Into Stockton Globe 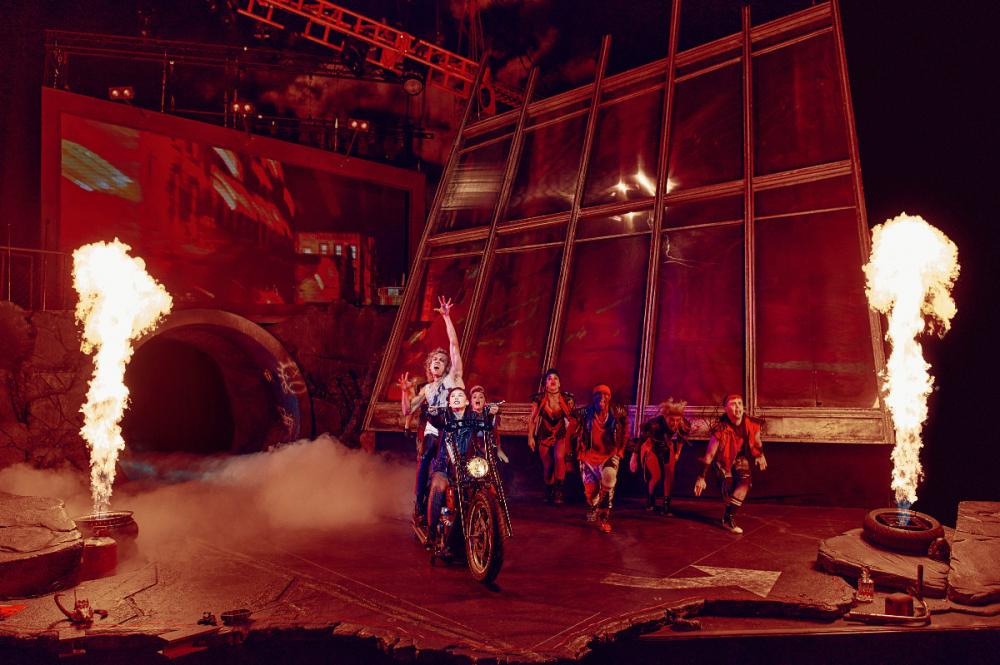 The cast of Bat Out Of Hell - photo credit Chris Davis
After a multi-million pound refurbishment Stockton’s 1931 Art Deco theatre The Globe, staged the first week long musical since the building re-opened back in the autumn.

Tastefully restored to its former glory I was impressed with the sight lines, the comfortable seating with good leg room and the predominantly green decor of the 3,000 seater venue.

Set in a future world, the storyline centres around a group of youngsters called The Lost, who forever remain eighteen years old, which brought to mind the story of Peter Pan albeit in a musical setting.

Martha Kirby played a strong role as the innocent and at times rebellious Raven, the soon to be eighteen daughter of mother Sloane and father Falco. The comic timing between Sloane elegantly portrayed by Sharon Sexton and Rob Fowler, the controlling dad was spot on. The scene where the couple duet on top of a car performing Paradise By The Dashboard Light as they forcefully strip off down to their underwear was one of the highlights of the evening. The chemistry between the two characters probably worked so well as they are a real life couple. 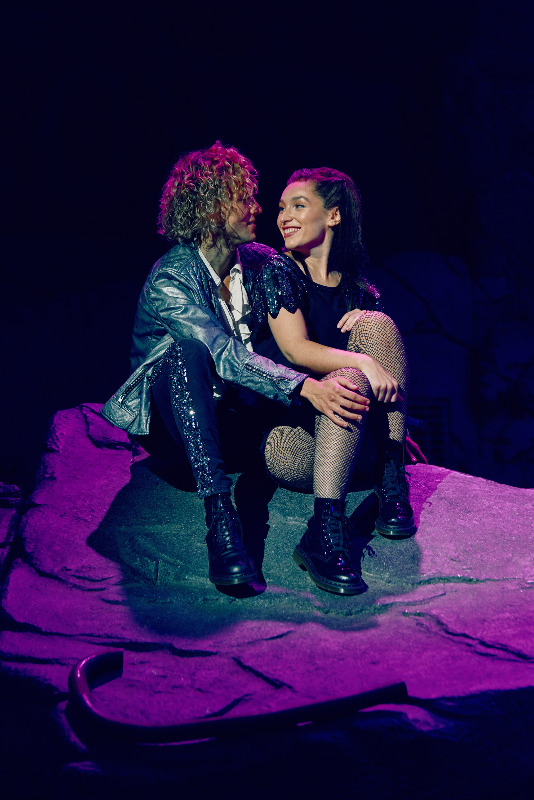 Glenn Adamson as Strat and Martha Kirby as Raven - photo credit Chris Davis
As a leading member of The Lost, Glenn Adamson as Strat was confident but not cocky which warmed me to his appearance. When he sang Bat Out Of Hell he totally owned the song which is not easy when performing such a notable and iconic number. Naturally Raven falls for Strat much to the disdain of her parents who try to contain the teenager.

The narrative got lost a little at times with the songs seeming to take centre stage. Meat Loaf songs were always based around the push and pull vocally between a man and a woman which continued throughout the musical - superbly demonstrated on Dead Ringer For Love performed by Joelle Moses as Zahara and Leonardo Vieira as Jagwire. If you closed your eyes it almost felt like it was Meat Loaf and Cher, the original singers that you were hearing.

The appreciative audience were clapping along as soon as the opening refrains of the songs were teasingly played by the live band.

The choreography was energetic though sometimes it felt like it belonged more at a Lady GaGa concert than set against the Meat Loaf songs.

The dark and atmospheric lighting blended in well with the underworld of The Lost, with a stage set that appeared less cluttered than the earlier version of the show I saw when it first opened in Manchester over five years ago.

As the band leader, Robert Emery appeared from behind the curtain at the end of the performance it seemed a lost opportunity that the audience did not get to see the rest of the band, who had played faithful versions of the songs throughout the evening.

That aside the show was altogether rapturous and a monumental triumph. Meat Loaf himself would have been proud.


Tour dates in the north: