Hailing from the tiny village Laugarbakki in Iceland, introvert Ásgeir is an unlikely international icon. However, anyone who heard his 2012 debut Dýrð í dauðaþögn fell in love instantly. While understanding the lyrics was not needed to for the listener to be moved uncontrollably by the raw, honest emotion displayed on the album's 10 songs, the 2014 translated release - In The Silence - transformed him from record breaking Icelandic act to an artist in demand the world over. Both his 2017 sophomore, Afterglow, which took the intimacy of his debut and adding an electro element and the stunning but sadly overlooked 2014 side-project Uniimog, it was clear Ásgeir is an artist unafraid to wear various hats. Therefore, his ever growing fanbase may be surprised that his third studio album, Bury The Moon, strips his sound back to the subtle, tender folk that initially placed him on the musical map. 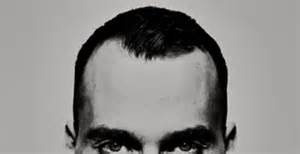 And wow, what a clever move it proves to be. While the poppier elements are still evident in the charming radio anthem Youth and subtle strut of Young Giants, it is the less driven songs that truly steal the listener's heart. The hypnotising beat of Rattled Snow pulls you in and leads you to lose yourself in the understated, almost muttered vocal. The lush Turn Gold To Sand does the exact opposite, it takes simplistic beauty and delivers it in an award winning cut. While the uplifting album closer and title track, Bury The Moon, comes close to being the album's highlight, that honour actually goes the blissful and beautiful album opener Pictures.


Also by Jeremy Williams-Chalmers...
Bright Light Bright Light - Fun CityMusical Motivation: JuliaInterview With Michael Sele (The Beauty Of Gemina)Ray Quinn - UndeniableStephan Moccio - Tales Of Solace
While Bury The Moon may be sonically closer aligned to his debut album, the record is a music step forward for the inspirational Ásgeir. With an ability to move his listener in a way that few others have ever managed, Ásgeir is a cross-generational artist whose latest album is both radio friendly and accessible, while not losing his unique sound.

We would highly recommend not just purchasing the English language version, but also his mother tongue edition, Satt - for anyone who heard his debut in his mother tongue will know that the beauty is only further heightened. Prepare to be moved as you discover what is destined to be the album of the year.