Another Life, Another Way: Constellations Of Eve By Abbigail Nguyen Rosewood 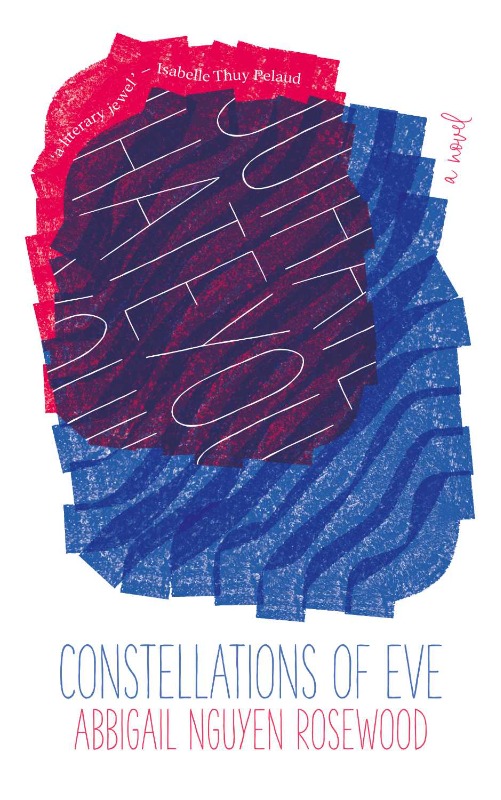 French existentialist philosopher and novelist Jean-Paul Sartre said, “We are our choices”. Perhaps Sartre was echoing the thoughts of his ancestor, Herodotus, who proclaimed that, “The destiny of man is in his soul”. Mankind’s perennating battle with personal autonomy and the capricious forces of Fate has occupied the minds of innumerable luminaries within the Western literary canon.

Shakespeare’s Sonnet 29 comes to mind, though Emily Dickinson’s Superiority to Fate strikes me as being directly concerned with the power of individual agency when confronting Fate’s seemingly ineluctable force. For Dickinson, we may not be born with the innate capacity to usurp Fate’s sovereignty over our personal destiny, but through effort, we can earn this elusive puissance.

Victorian Poet, William Ernest-Henley was even bolder, the concluding couplet of his famous poem Invictus, proclaiming - “I am master of my fate/ I am captain of my soul”. Of course, the antithetical proposition to this stoic assertion is as terrifying as its obverse truth is empowering. We have only to think of poor Oscar Wilde and his sad reminiscence in De Profundis - “I was no longer the captain of my soul”.

Ut supra, our literary tradition is awash with musings upon personal agency, much of which refracts, if not directly reflecting, Western philosophical paradigms and the cultural belief systems embedded into the psyches of its authors.


Pinning her happiness to an indestructible moment in time like a lepidopterist a butterfly to a cork board...
Vietnamese-American novelist Abbigail Nguyen Rosewood’s second novel, Constellations of Eve is a pointillistic rejection of Western storytelling structures, whilst simultaneously offering its readers the opportunity to confront Fate through a distinctly Buddhist cynosure. In her ‘Author’s Note’, serving as an epilogue to her novel’s interwoven, paradoxically conjoined narrative arcs, Rosewood tells us, “My Buddhist upbringing has taught me that things return and return; objects, people, lives, feelings. Unresolved grief could come back in the form of a child, a phantom, weather. The natural world converges seamlessly across time and space”.

Rosewood’s esemplastic novel, artfully blends Buddhist philosophical axioms with a narrative structure designed to unmoor a Western mind from its normative literary assumptions. Her book’s structure is at once the defining element of her artistic expression, whilst also inconspicuously deliquescing into a thematic river passing through three individual, but interdependent vignettes en route to its spiritual source.

We begin with a short frame story in which we meet in medias res, Eve, our central protagonist as she is about to commit suicide by leaping into the churning sea far below a high bridge. Pinning her happiness to an indestructible moment in time like a lepidopterist a butterfly to a cork board, Eve seeks dominion over Fate by punctuating her own life story at its visceral apex. Her best friend Pari is too late to prevent Eve’s destruction, and tosses three tarot cards into the swirling waters. Each card represents an alternate next life for her friend and carries the mystical hope, “May your last wish be fulfilled”.

What follows this evanescent, though disturbing, first scene are three self-contained short stories each of which presents us with a different version of our chief protagonist. In each, her identity is uniquely predicated upon a distinct ideological and emotional value system. Each chapter or “Card” operates within a distinct framework of beliefs and draws its narrative momentum from Eve’s conflict …her attempt to be an authentic version of herself and find eudaimonia, contrived or otherwise.

Our first narrative explores the consequences of sublimating innate artistic talent in pursuit of an entirely contrived, obsessive desire for romantic perfection. Through sheer force of will, Eve seeks to manufacture that which she desires - reciprocal love between husband and wife and the returned love of her child. Her artistic energies are expressed, but tragically deformed by artificed feelings, reality insanely pretermitted as Eve abnegates all that contradicts her desires. Things do not end well.


What follows this evanescent, though disturbing, first scene are three self-contained short stories...
The second story once again features the same three pivotal characters as employed in the first tale, however this time each has been assigned an entirely new role in the play. Our triumvirate are still inexorably connected, their relationships co-dependent strands tying them into a gordian knot none can cut. Now Eve has prioritised not love, but art and conditioned her happiness upon capturing the perfect image of her muse, Pari.

The emotional and physical connective fibres conjoining our protagonists are stretched to the point of deformity becoming ugly contrivances, cruel betrayals and a pervasive sense of irresolvable ennui further toxified by self-deceit. Once again, things do not end well.

Our final brief tale, casts Eve as a young child before switching to meet her as a happily married septuagenarian. Pari has become a comforting, inanimate doll with Eve and her husband Liam seen as childless, but profoundly fulfilled. No longer disingenuously mutilating reality as though a procrustean bed to accommodate her artificed ideals, Eve has found her authentic self and unmanufactured peace.


Modern life and its challenges are assiduously woven into this metaphysical fabric...
The novel concludes with a separated excursus which amounts to a unifying expression of its central theme - Eve is a galaxy of possibilities, “She is everything all at once, which is to say she is finally as she should be, everything that exists and ceases to exist, returned, and reduced to the vast empty. The nothing and nothing that goes on endlessly”.

Thematically, the three iterations of Eve presented to us can be seen as mutually dependent musings upon concepts undergirding the novel’s three distinct narrative arcs. We confront betrayal of self, the perils of obsession and attachment, the power of love as a constructive and destructive force and the unpalatable truths haunting any unfulfilled soul.

Decisions and their intended and unintended consequences are unflinchingly forced into the sun’s impersonal light, as our characters wrestle with unpalatable humanistic truths and their own inner demons. Modern life and its challenges are assiduously woven into this metaphysical fabric, draped across all three narratives to form an ideological integument holding the entire novel’s substance together.

Hope, that fragile balm craved by all, gilds our thematic substructure, radiating its comforting warmth through the novel’s darkest passages and thereby transcending their seemingly impenetrable gloom.

You will recall that I stressed Rosewood’s rejection of Western storytelling conventions. Though we have third person unreliable narration throughout, our stories are never strictly linear or indeed easily comprehended. Pointillistic, almost kaleidoscopically-hued prose immerses us into the unhappy minds of our protagonists, forcing the reader to see reality through the tortured, fractured prism of each. What we see, we do not immediately recognise, meaning only belatedly fathomed as our confused responses settle and coalesce, given shapeless form much as steam condenses to become discernible, but unedged water.


Rosewood is a gifted author. She has a novelist’s facility for character rendition, linguistic bravura and dramatic potency
Our habituated need for exposition, for connected event, or structural clarity is dextrously weaponised by our author in a bid to make us feel, not think. This miasmic confusion only lifts when the narrative point of view shifts and once again allows the reader to fill in the missing pieces, and in so doing understand what they have just vicariously experienced.

I’m not convinced that Rosewood has entirely rejected Western storytelling per se, for much of what she gives us can be found in both surrealist and modernist literature. That said, her Buddhist ideological bedrock does move the novel out of the overfished waters of the traditional cause and effect narrative tradition and does so with an authorial legerity I found both scintillating and undeniably effective.

Rosewood is a gifted author. She has a novelist’s facility for character rendition, linguistic bravura and dramatic potency. Though the architectonics she employs are both inventive and refreshingly abnormal, as with all talented storytellers, she has the reader’s attention marionetted at the end of her delicately manipulated strings. What sets her apart, though, is a poetic sensibility for the effect of words as conveyors not of meaning, but of inenarrable feelings.

The Buddhist truths underpinning her deliciously complex novel cannot be pulpited as though a sermon, they must be osmotically transferred as though intangible wisps of spiritual epiphanies. Combining structural eccentricity with linguistic impressionism, and perfectly modulated psychological realism has resulted in Rosewood giving us an almost faultless display of authorial virtuosity.

In her ‘Author’s Note’, Rosewood allows her reader to understand her authorial intention: “I am partial to all things second- second chance, second child, second place, second try, which allow for renewal, possibilities, not doing things perfectly the first time”. Fittingly, I read her deeply satisfying book twice and though it needed no “second chance”, doing so only served to consolidate my first impression…utterly superb stuff!

Constellations of Eve is published by Platypus Press