Anne Lenner with Carroll Gibbons & The Savoy Orpheans: Her 26 Finest 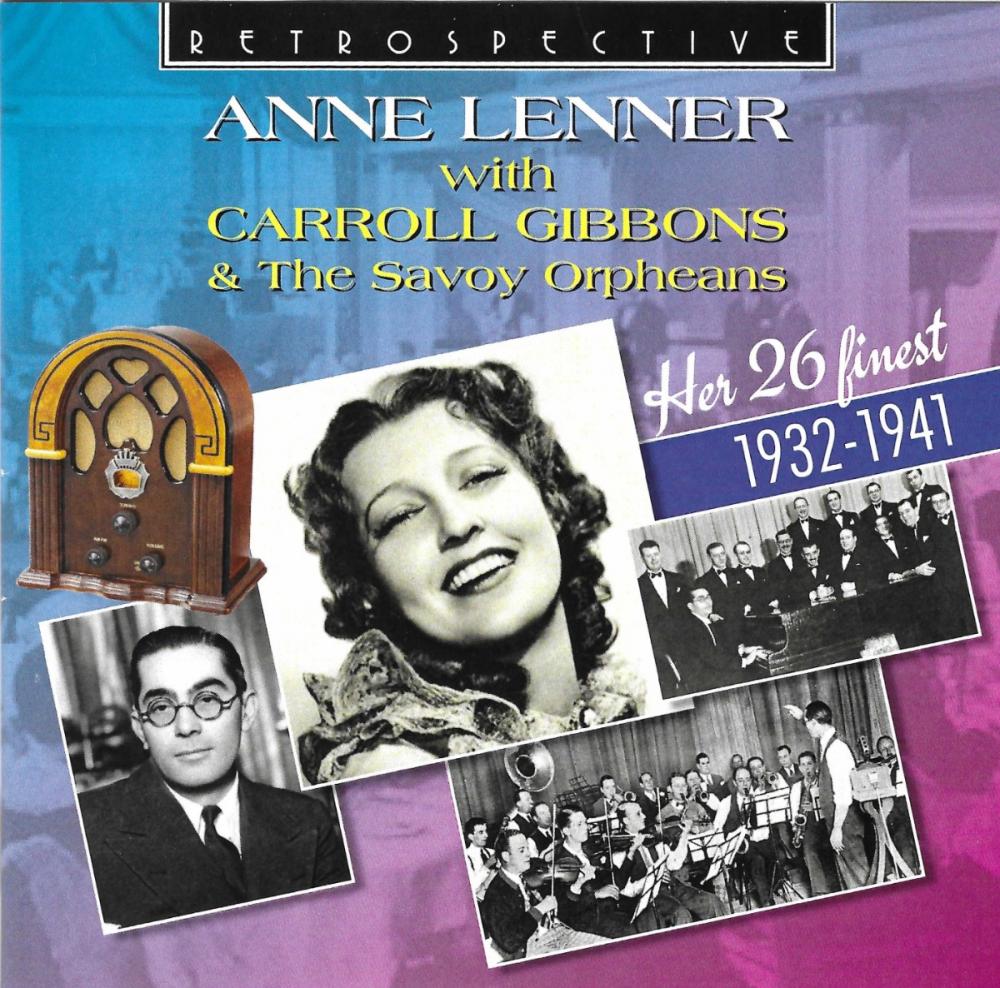 To British Dance Band aficionados this is the real stuff, certain to have had dear old Alan Dell purring, latterly for the benefit of the generation just old enough to have caught the warm afterglow of pre-War popular music. His Sunday night radio programme, The Dance Band Days, which ran from 1969 to his death in 1995, was for a time almost the only opportunity to hear such music still broadcast.

And the radio was and always had been - you might say - it’s natural medium for the popular audience, those not able to toddle into the ballrooms of London’s swish hotels and restaurants, not least the Savoy or Grosvenor. It’s essentially music to dance to, and in 1938 before War broke out 2 million people ‘went dancing’ every week, according to well-founded research, in the nation’s 20,000 dance halls.

Anne’s association with the smoothly-sophisticated but very busy bandleader Carroll Gibbons began in the early ’Thirties at the Savoy Hotel, where he directed two orchestras. Carroll Gibbons and the Boy Friends accompanied polite afternoon tea in the foyer, while the Savoy Orpheans played dance music with the stirrings of swing in the evening. Gibbons, a pianistic child prodigy, classically trained, came to England in 1924 from his native America, bringing with him a certain panache and savoir-faire in Jazz and Swing terms.

Lenner was the bright, clear-voiced resident singer with his band for seven years and this fine CD showcases some of the best and most charming of the 150 or more wonderful recordings they made together. Most of them are covers of timeless American standards, from the pens of such as Jerome Kern, Irving Berlin, Jimmy Van Heusen and, not least, Cole Porter. Though most are strongly associated with a particular American swing band, these versions suffer little by comparison.

At the time American vocalists were becoming very much the star of the band: the English, however, were often credited as merely suppliers of the ‘vocal refrain’. One of the chief differences is that Anne has less actual time at the microphone compared with her counterparts on the other side of the pond. Carroll’s strictly-syncopated extended piano solos often occupy more time and he was undoubtedly the star of his own band.

In her day, Anne Lenner had everything required for stardom and celebrity, the right looks and right sound, even down to the cut-glass Mayfair accent. Thanks to the Retrospective Label she once again reaches a large audience.