All That Jazz - The Nice Jazz Festival 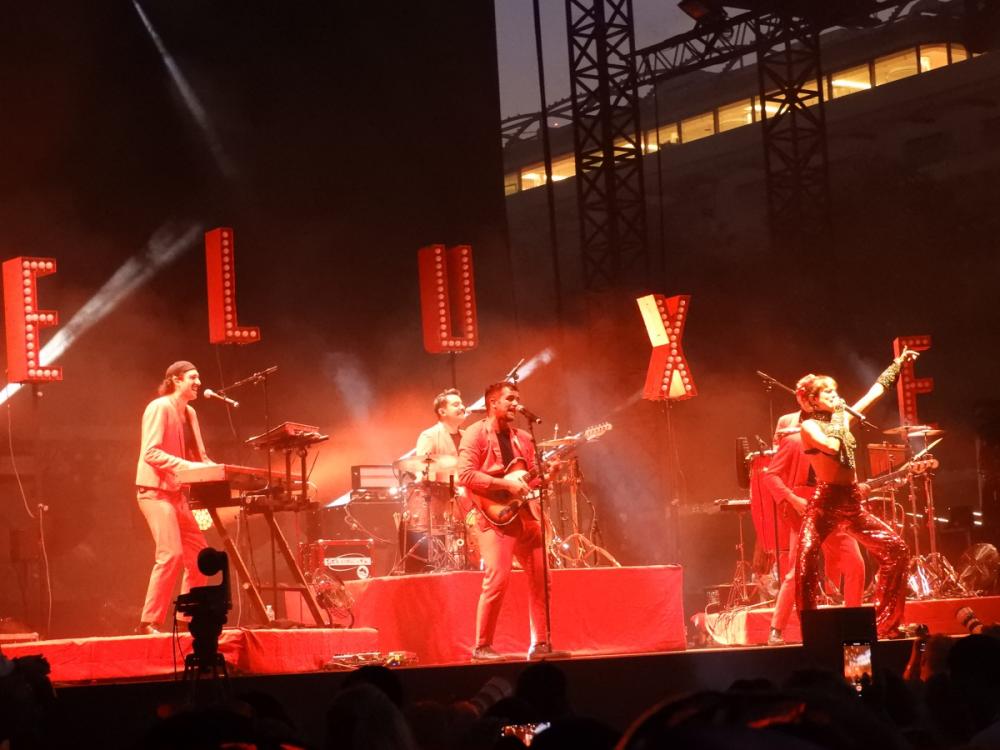 With a backdrop of the sun setting over the Mediterranean Sea on a balmy summer's evening there surely could not be a more convivial place to enjoy some of the world's best jazz artists than the Nice Jazz Festival.

The Festival returned after an absence of two years for its 2022 edition. For five days, the City of Nice vibrated to the big name sounds of local, national and international scope as well as jazz legends and new artists coming onto the scene.

Held in the centre of the city, the 42,500 fans who attended the festival were spoilt for choice with artists ranging from the pure jazz of the Gerald Clayton Trio to the eclectic sound of Iggy Pop as the festival introduced new genres into the mix. 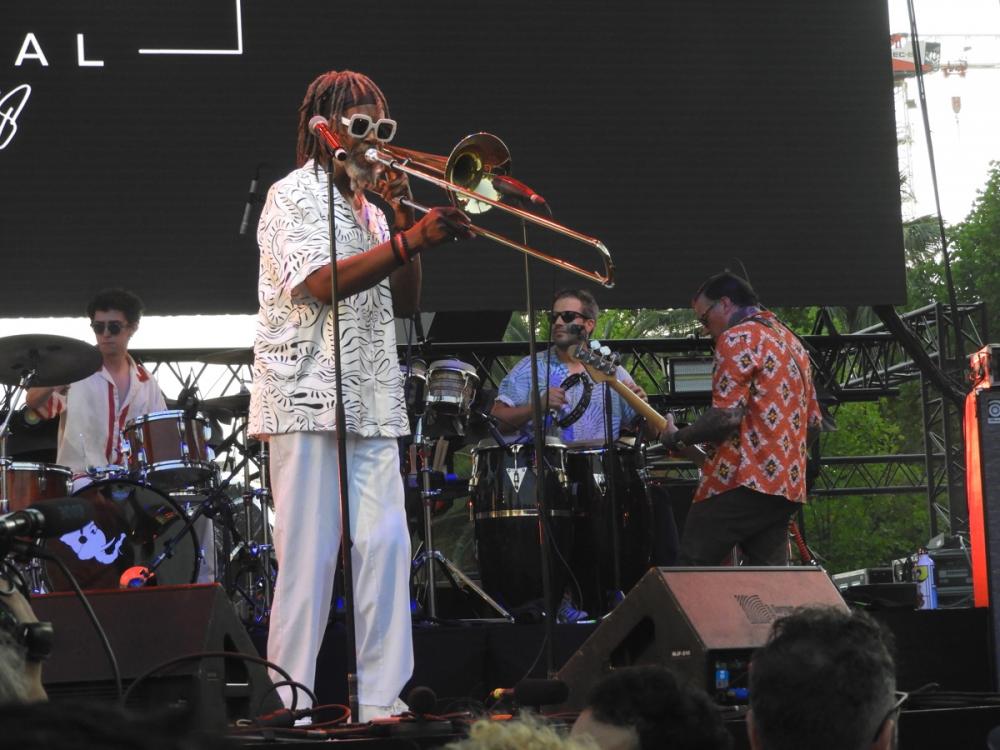 The Brooks
Canadian funk and soul band, The Brooks are one of those acts whose music deserves to be heard on mainstream radio. Their music, although heavily influenced by James Brown, also has elements of more contemporary artists such as Bruno Mars. In lead singer Alan Prater the band have a singer who has the funk of Funkadelic’s George Clinton mixed with the soul of Earth Wind and Fire's Maurice White. When the band played the track, So Turned On it seemed all the elements had aligned as the energy and positivity coming from the stage was infectious.

The beauty of the festival is being able to hear bands new to me. French group Deluxe were a discovery who impressed immensely. The act appear to have worked hard on their stage presence with lead singer Liliboy being the focal point. She embraced the stage with her charm, poise and interaction with the audience. Barcelonette was one of those songs once heard never forgotten. 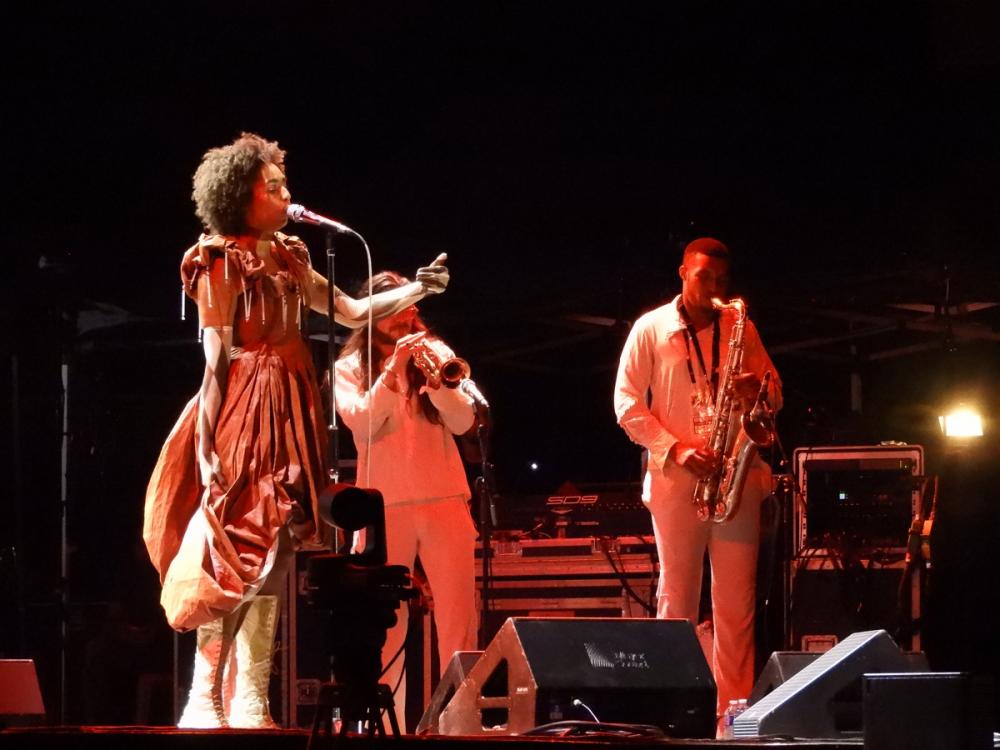 Celeste made her debut at the festival with a commanding and assured performance. The British singer might not have been as famous in France as at home but that did not stop her from giving her best. To Love A Man was debuted though the new track does not veer too far from her other songs. Hearing Celeste sing powerful versions of her big hits Love Is Blind along with Stop This Flame made me proud to be British.

Jazz music legend Marcus Miller is closely associated with writing and producing songs with Luther Vandross though the bassist is a star in his own right. Wearing his signature black hat he played a small bass solo before he and his band played a funky and soulful version of Three Dueces. As he slapped his bass and smiled you could feel the appreciation from both sides of the stage. His cover of the Miles Davies, Bitches Brew was a highlight of his set as he appeared to become lost in the music.

Melody Gardot was awarded the Ferret Trophy for being the most inspirational artists at this year’s festival. Why she appeared on the smaller Theatre Verdue stage is a mystery when she should really have played in the bigger Place Massena stage. Many of her fans could not get to see her as the Verdue stage was suddenly closed as it reached capacity.

She sang her cover of Ella Fitzgerald’s C’est Magnifique and Cole Porter’s What Is This Thing Called Love and you could almost touch the atmosphere as she held her audience completely. 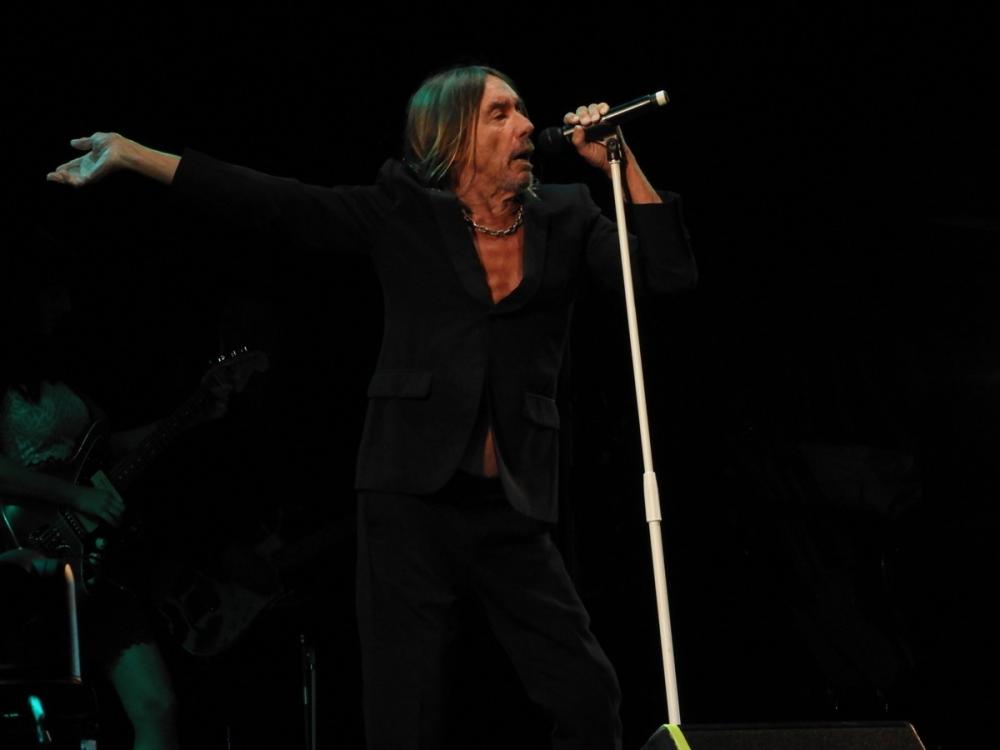 Iggy Pop
Iggy Pop may not be known as a jazz musician though he certainly shares the energy and passion of the genre. With his iconic songs such as Lust For Life and Passenger it was no surprise that the crowd went crazy with delight. When you can drop classics such as these so early on the feeling was that there was more to come. And indeed there was as The Stooges hits Down on the Street and Search and Destroy sounded out. There could not have been a more powerful finale.