Alice Cooper - Welcome To The Nightmare

“Is he still alive?” was the question asked when I disclosed I was off to see Alice Cooper in concert.

The alter ego of Vincent Furnier has been entertaining rock fans for over fifty years, and at the age of 74, shows no sign of stopping. His voice much like Cooper himself did not seem to have aged. Cooper dressed in his trademark top hat and make-up somehow felt comforting. 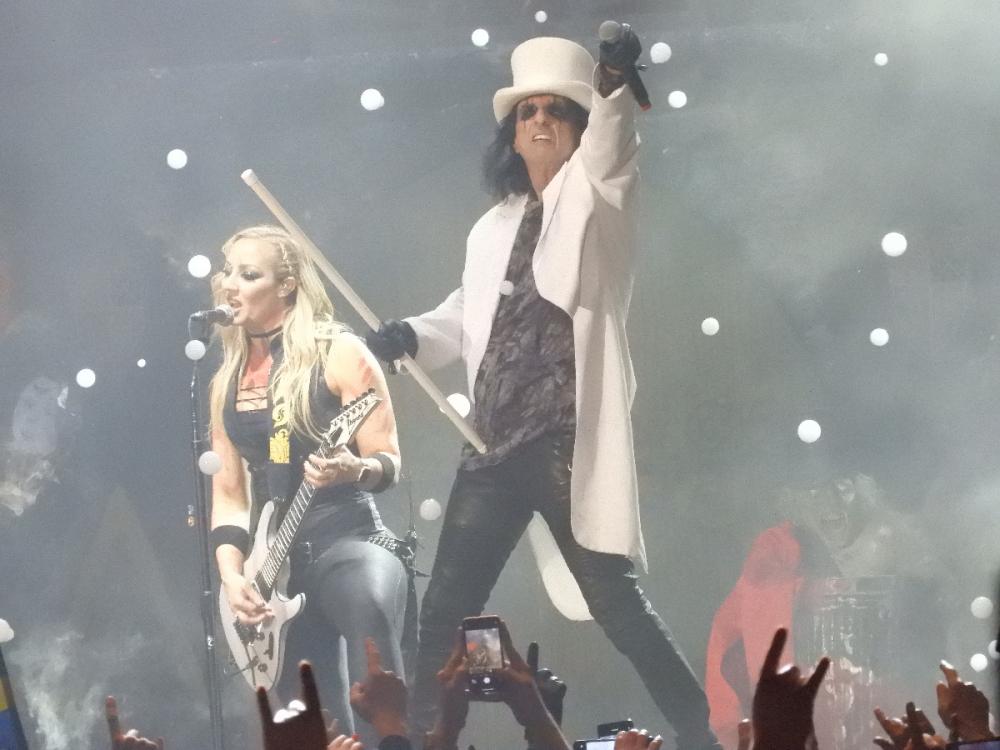 No More Mr Nice Guy was like all of tonight’s tracks performed with a razor like quality as his talented band ripped through the songs. They looked like they had come straight from a Hollywood boulevard though guitarist Nita Strauss was one of the best new guitarists I have witnessed. As she paraded around the stage she had all the right poses though never taking the spotlight away from Cooper.

Surprisingly, Cooper is an accomplished harmonica player as he demonstrated on Fallen In Love.

Cooper delivered a 'nightmare' to remember.


The tour continues with a further date in the north: