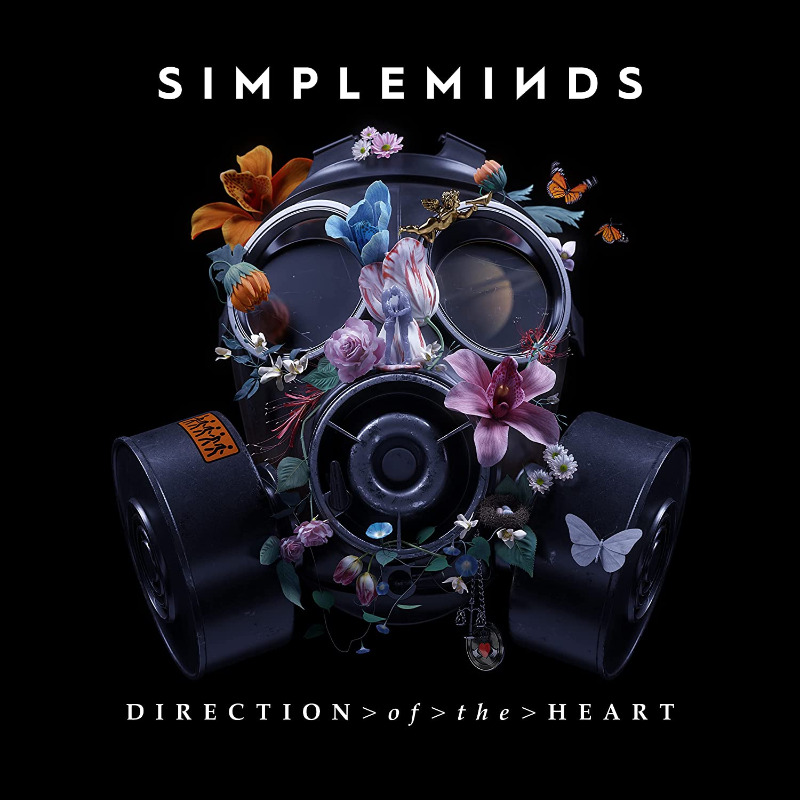 Direction of the Heart is the eighteenth studio album of Simple Minds and their first album of new material since 2018’s Walk Between Worlds.

Throughout its nine tracks Direction of The Heart finds the band at their most confident, anthemic best on an inspired celebration of life, where the band seem to be going through a prolific purple patch. Whilst many of their contemporaries are content to tread the revival circuit Simple Minds continue to evolve and record great new music as heard on this fine album.

The story of Direction of the Heart spans several years, and various locations, in Germany, Italy, and the UK. Album opener Vision Thing was created by Jim Kerr and Charlie Burchill at the former’s father’s house, when Kerr senior was terminally ill. Looking through early band cuttings his parents had kept, it became about Jim looking at his father as a version of him and looking at his younger self. The song’s urgent electronic pulse transports an intricately decorated, deeply poignant melody. The song is a celebration, but with sad tones in the words. Rather than sounding like a band resting on their laurels the listener finds Simple Minds discovering a new energy.

Vision Thing sets the pace for a concise nine-track album. One which manages to perfectly encapsulate the essence of past and present Simple Minds, a band whose reascent over the past 10 years has seen them, once again, capture the magic and critical praise of their early days.

Direction of the Heart’s predominant mood is simultaneously reflective and euphoric, framing the personal in a universal context: qualities intrinsic to all the great Simple Minds records of the past, now recalibrating the band for its next era. Our hyper-stressed Zeitgeist bleeds into chattering rhythms and skyburst melody clusters on Planet Zero – “I saw a whole world on fire” – and the electro-rock fusion of Who Killed Truth. With Celtic textures underpinning its widescreen melodrama and Sarah Brown’s infernal vocals, Solstice Kiss is a James Bond theme in waiting.

Meanwhile, the parabolic drive of First You Jump – a Kerr-Burchill co-write with the band’s long-time bassist Ged Grimes - frames a classic transcendent Simple Minds anthem, one about the anxiety of the times and how we will rise above them.

The album closes with The Walls Came Down, a track by American band The Call, who Simple Minds toured with across the States back in the day, a fine end to an fine album which instantly sounds like Simple Minds: big sounding guitars, melodic songs that sound cinematic yet remaining uplifting and affirming,