Scared Of The Dark; Deeper Shade of Blue; One for Sorrow; Heartbreak In This City w/ Michelle Visage; Tragedy; Love's Got a Hold on My Heart; What The Future Holds; Last Thing on My Mind; It's the Way You Make Me Feel; Stomp; Something In Your Eyes; Chain Reaction; Story Of A Heart; Summer of Love; 5, 6, 7, 8; Better the Devil You Know; Neon Blue; Better Best Forgotten; Heartbeat; Hard 2 Forget; The Runner (Platinum Version) 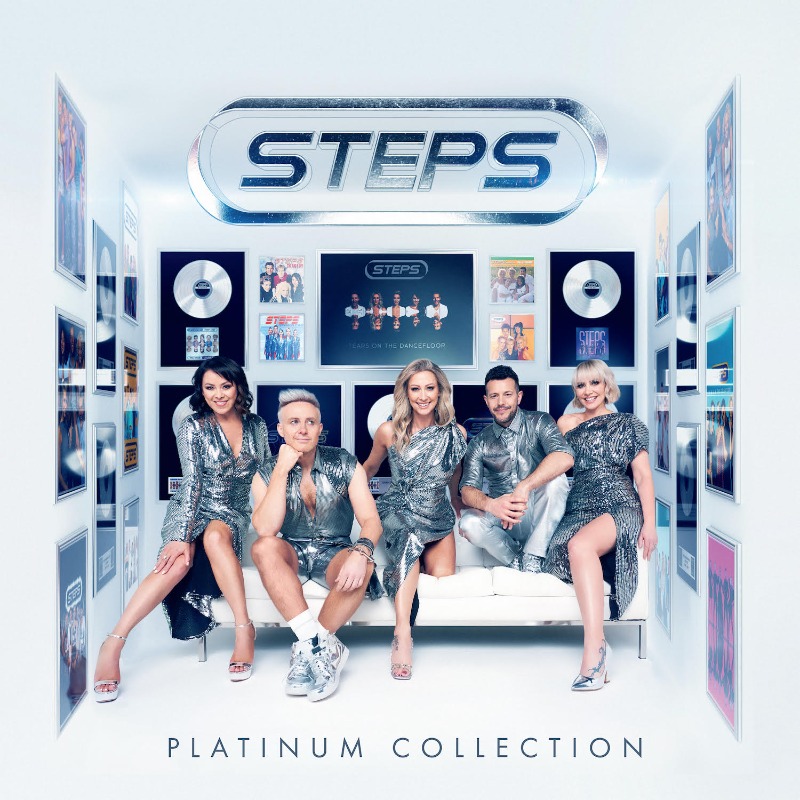 25 years ago, in a world pre-social media stars and TikTok chart domination, the summer bop one hit wonder ruled the world. Many believed that Steps, who arrived on the pop scene with the line-dancing inspired classic 5,6,7,8, were destined for one hit success. Even members of the band have since noted that they questioned joining the line-up due to the one-hit nature of the group's outlook. However, their success has proved itself time and again and they are now seen as a timeless act fuelled by party driven classics. Having initially split following the release of their third album, the group initially reformed a decade after their split for a warts and all documentary. While the reunion sparked initial success, it took another half decade for Steps to be fully embraced as a contemporary contender, as opposed to a nostalgia act.

While the group already have an impressive six greatest hit compilations to mark the highlights of their seven studio albums (which featured 30 singles), to celebrate their quarter century, they have released the Platinum Collection. With the standard edition boasting 21 tracks, there is a deluxe edition that hosts a further 23 tracks and individual member releases that feature three of their personal favourite cuts.

As a result this is complex collection to review without leaning towards a preferred solo member set - so the best advice is to stick to the deluxe edition and take in as much Steps as feasible. With the standard edition hosting a choice selection of key releases; 5,6,7,8 through to the Michelle Visage featuring Heartbreak In This City, it does the job as a stand alone - but why go for a good job, when the deluxe offers even more diversity in the cuts - including the awesome After The Love Has Gone and rather lush I Know Him So Well.

Thrown into the mix, as is of course expected, are two unreleased cuts. The brilliant bop Hard 2 Forget is typical Steps, while ABBA-esque The Runner is one of the finest new songs they have revealed since their reunion.

Platinum Collection is a fully comprehensive take on the Steps back catalogue. It demonstrates the growth of their artistry, while simultaneously highlighting the strength of their early work that allowed them to become so much more than a one-hit wonder.