Abba – Voyage. Time To Take A Chance On A Spectacular Show 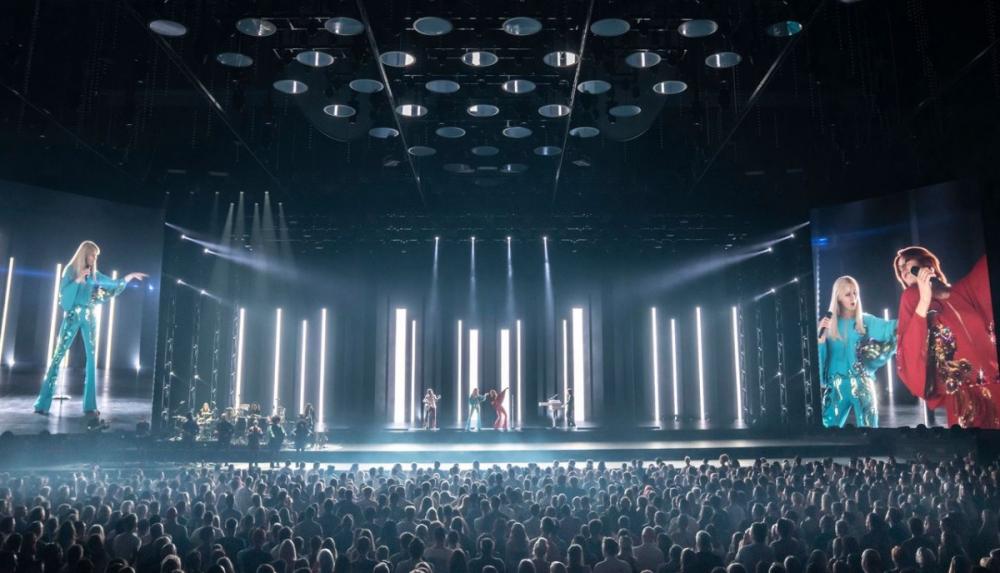 photo credit Johan Persson
The lights go down and there before you stand the four members of Abba as if you have been transported back in time to 1979 where the concert is set. Of course, it is not really Abba on stage but 3D versions, or ABBA-tars as they like to be known.

When the group toured it was very sparse - being perfectionists they felt that trying to replicate the studio sound on tour fell short when being performed live.

Thankfully due to the ten-piece live band on stage, along with 21st century technology the Voyage show really does seem like a full-blown Abba concert – even if the majority of the audience have never seen the real thing before.

Staged in the 3,000 purpose ABBA arena in east London’s Olympic Park, the arena was designed to be transported elsewhere. Much like Dr Who’s TARDIS the areana looks much smaller from the outside – inside there is a huge dancefloor with seating around the sides. The sound was fantastic – no surprise with the 291 speakers resulting in the music remaining crystal clear throughout the performance, aided by over 500 moving lights.

After a slow start with lesser-known songs such as The Visitors and Hole In Your Soul things began to improve with SOS and Knowing Me, Knowing You – the audience were in their element and the party had truly begun. “This is really me, I just look good for my age” joked Benny Andersson. Not that you could argue with him as along with his fellow bandmates, they all look so youthful with every detail in place from the outfits to the hairstyles of the day. They dance, they sing and speak to the audience so realistically that you could be fooled into thinking that you were actually witnessing the real thing.

The many interludes lent their way to animated videos being shown whilst the group changed their outfits. In one case ABBA’s 1974 Eurovision Song Contest win is projected onto the huge video walls, which felt like being a little short changed, when perhaps having ABBA sing the song on stage in all their 1974 glory might have been preferable.

All the big hits are mostly there from the disco tinged Voulez-Vous to the big classics like Fernando and Mamma Mia, however there were some notable omissions – Super Trouper, Money Money Money and Take A Chance On Me were all absent, presumably all done and dusted and waiting to be included in subsequent editions of this musical extravaganza.

Instead, newer tracks off the Voyage album, released last year received an airing: Don’t Shut Me Down and I Still Have Faith In You both sounded fresh with the concert not just being a nostalgia trip.

Things got back on track with a closing set of Dancing Queen, Thank You for the Music and a sentimental The Winner Takes It All with the audience so absorbed with the concert that it felt strange to see them appaulding a set of computer models! 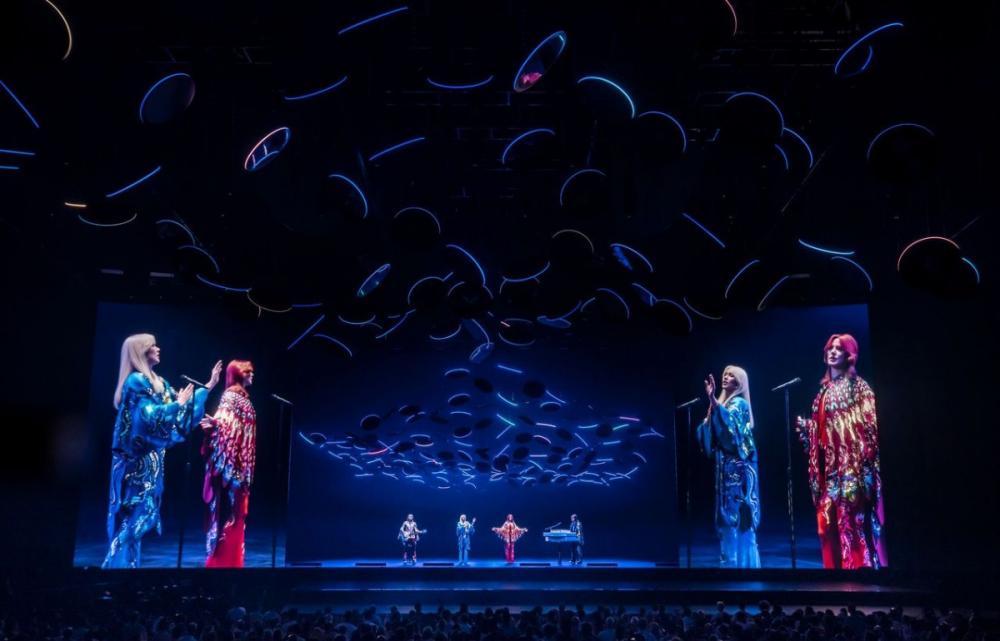 photo credit Johan Persson
After the ninety-minute concert ended there was no encore, instead came another surprise: the four members of ABBA as they are now, looking so lifelike, but was it really them or just another set of ABBA-tars?

This type of concert could be the template for others to follow and I daresay that the likes of Madonna and U2 will be watching closely. Once I had the initial feeling of the super natural of seeing Benny, Bjorn, Agnetha and Frida “live” my eyes adjusted to this new experience, however if you are an ABBA fan, I can thoroughly recommend this dazzling, entertaining and enjoyable show.