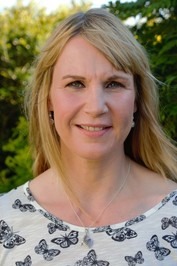 Maria Frankland
Maria Frankland is an Author, Poet and Creative Writing Teacher, based in the market town of Otley, in Yorkshire.

From an early age, her dream was to become a published poet and novelist. Now she has achieved her goal, it is her aim to support, motivate and inspire other writers to fulfil similar dreams.

As well as being a published author with three domestic thrillers to her name, and a fourth imminent, Maria is a time-served, qualified teacher with an English degree and a Masters degree in Creative Writing. An established poet, Maria Frankland has two collections to her name.

By serendipitous chance, we caught up with her on the day of the launch of her latest novel, Left Hanging.


What was the first book that really inspired you?

I’ve had to sit for a few minutes and think about this question as there’s so many I could choose from. One of the first books would be Little Women by Louisa M. Alcott. I loved the distinctive characters and felt that in some way, I could identify with each one of them.

The settings were so clearly drawn that they invited me into the era in which the story was set. The story itself had everything – complex relationships, sadness, drama and uplift.


When did you first realise you wanted to be a writer?

I guess this is the classic answer, but I always was a writer.

As a child, I was making up stories, as a teenager, I was pouring angst into poetry and in my twenties and thirties, I kept trying to write but life always got in the way.


How did you know it could be more than just an ambition?

My former husband thought my writing was ‘a complete waste of time.’ We actually split on my fortieth birthday so one of the first sole decisions I made was that I was going to ‘go for it.’ I got a place on the MA in Creative Writing at Leeds Trinity University and have never looked back!


What is the best book you have ever read?

Another tricky question. Eat, Pray, Love by Elizabeth Gilbert is probably the one that’s had a lasting impact on me.


What would you say is your interesting writing quirk?

I like to get into the settings I am depicting and write from inside them. Whether it’s a gym, a crematorium or a police station, I try to write first hand bringing in everything that I’m experiencing in a sensory way.

The Man Behind Closed Doors was partially set in a prison so I had to interview someone to get ‘insider’ knowledge on atmosphere there!

Also by Steve Whitaker...
Poem Of The Week: From Under Milk Wood By Dylan Thomas (1914-1953)Passport Not Needed: Nothing But Words By Jean StevensPoem Of The Week: 'First Foetal Movements Of My Daughter' By Penelope ShuttleLycanthropes & Astronauts: Wolf Planet By Oz HardwickPoem Of The Week: 'The Behaviour Of Dogs' By Craig Raine
When did you write your first book and how old were you? What happened with the book?

Ten years in 2010 ago I wrote Don’t Call Me Mum: a Mother’s Story of being pushed to the brink. With no professional editing or formatting, I uploaded it to Amazon and obviously nothing happened!

With professional editing and cover design, it was relaunched earlier this year through Autonomy Press. With a little bit of marketing, it has sold over 3000 copies so far, which I’m over the moon about. It is a memoir, but I’ve been told it’s a page-turning story that reads more like a novel.


What do you like to do when you’re not writing

I love yoga, walking and I teach creative writing through online courses.


Have you ever learned anything about yourself through your writing?

That I explore scenarios that scare me, and that I push the boundaries of the worst of human behaviour in my domestic thrillers. I have the freedom to explore the darkness that exists between people that is often hidden from themselves and each other.

We all have a dark side and I probably unleash mine onto the page. That said, I’m a very nice person! (It’s those romance writers you’ve got to watch!)


Are you ever conscious of subconsciously including someone you know in your characters?

I think aspects of people I know or have known creep into my characters, so many of them become an amalgamation of others with a bit of imagination thrown in for good measure. I have a sign on my office wall saying, ‘Careful or you’ll end up in my novel!’


What is the greatest feedback you have received to date? And the worst?

I get some phenomenal review comments on Amazon which absolutely make my day.

The best feedback I have had was from one of your own reviewers, who once likened some of the darker content in my first poetry collection to Sylvia Plath! I was smiling for days!

The worst was on my novel The Last Cuckoo about a month after its release. We were about a fortnight into lockdown and I was struggling anyway. The headline on the review was ‘beyond awful – minus stars’ and the content was vitriolic. It was soon buried by positive ones but took some bouncing back from, as a newly established author!


As a child, what did you want to do when you grew up?

I wanted to write novels that would then be made into films. I’m doing the first bit!


What for you defines a good read?

A book where I’m thinking ‘I’ll just read one more chapter'; one where I lose all track of time, and reality.