A Trio Of Bands Round Up 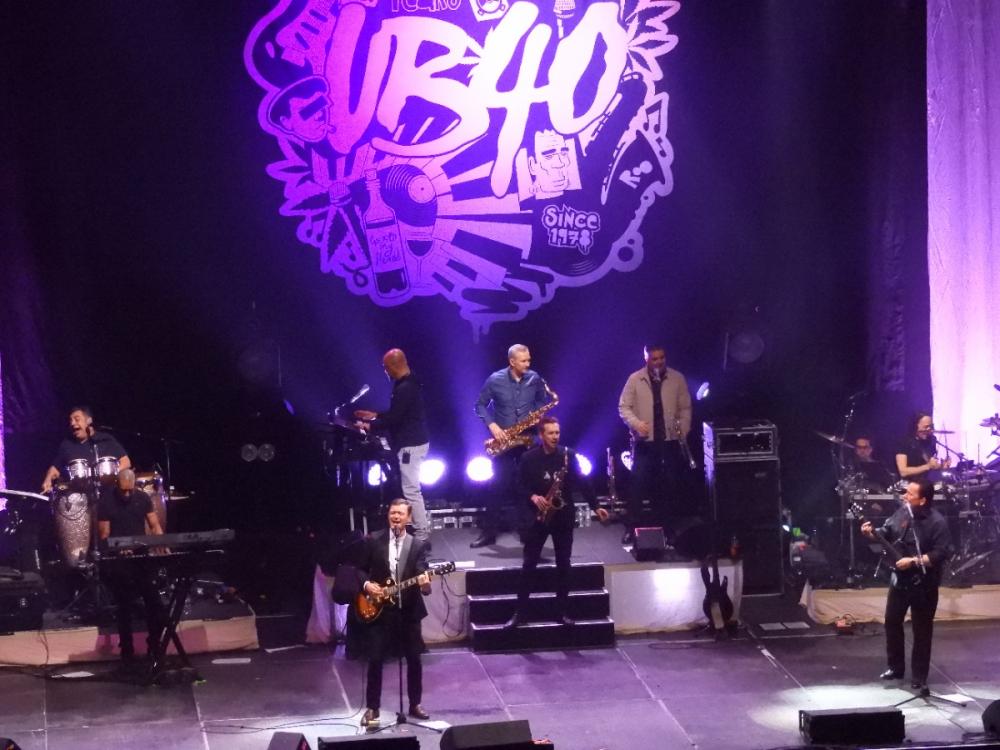 UB40
In the closing days of 2022 a number of bands have been performing across West Yorkshire.

This year I have written about some surprises with supporting bands. The idea of having Brand New Heavies supporting UB40 seemed an incongruous one as musically both acts come from different spheres: the first has roots in the Acid Jazz funk of the nineties whereas the latter is strongly reggae based.

However, one thing that pulls them both together is they provide a masterclass in their own style of music – as witnessed when UB40 and New Heavies took to the stage at the Leeds Arena for a blend of musical styles.

The warm reception by the UB40 fans resonated and guitarist Simon Bartholomew wore his best glittery jump suit for the occasion joking he looked like 'mutton dressed as glam'. If this had been an opportunity to gain some new fans, their fifty-minute set accomplished that on a job well done. 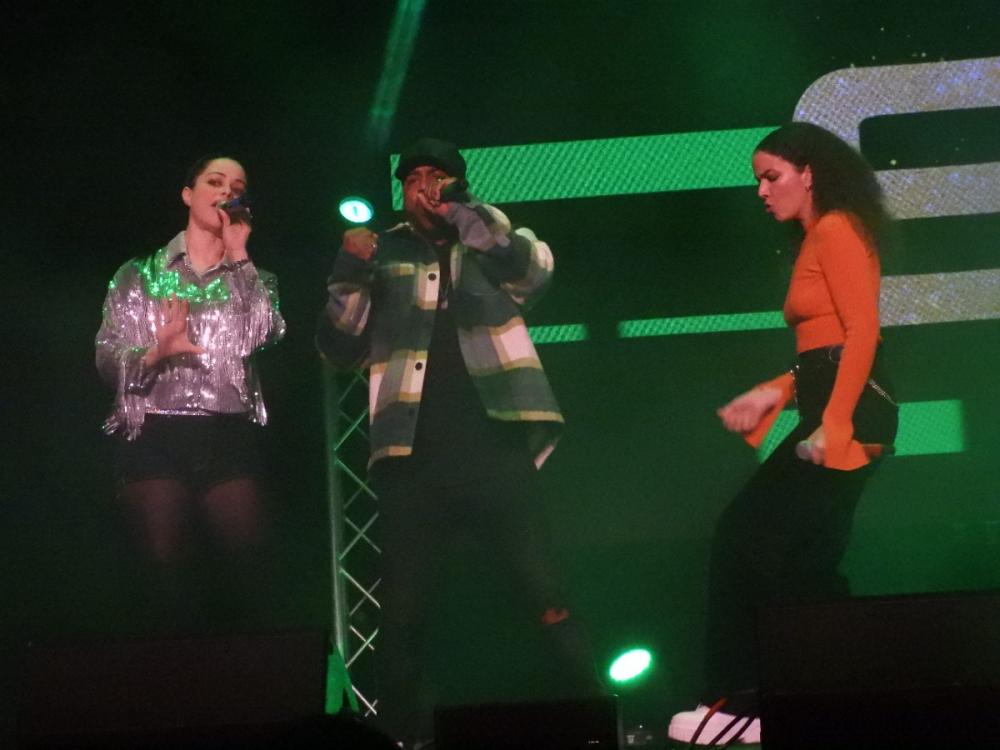 S Club All Stars
Wednesday, and I headed up the M606 to Bradford's St George's Hall, where the East 17 tour had rolled up. It was not looking good: the line-up of special guests could best be described as being somewhat diluted: S Club All Stars is basically S Club 7 without the other four original members and Blazin’ Squad were not exactly a household name first time around plus East 17 with only one original member left in the group. Surprisingly, between the three acts they provided an entertaining night.

S Club All Stars ran through the S Club 7 hits – Reach being the high point – these days the song seems to be confined to being a karaoke favourite. Unwisely they decide to limit their big Christmas hit, Never Had A Dream Come True to just a few lines. Fortunately a rousing version of Don’t Stop Moving saved the day. 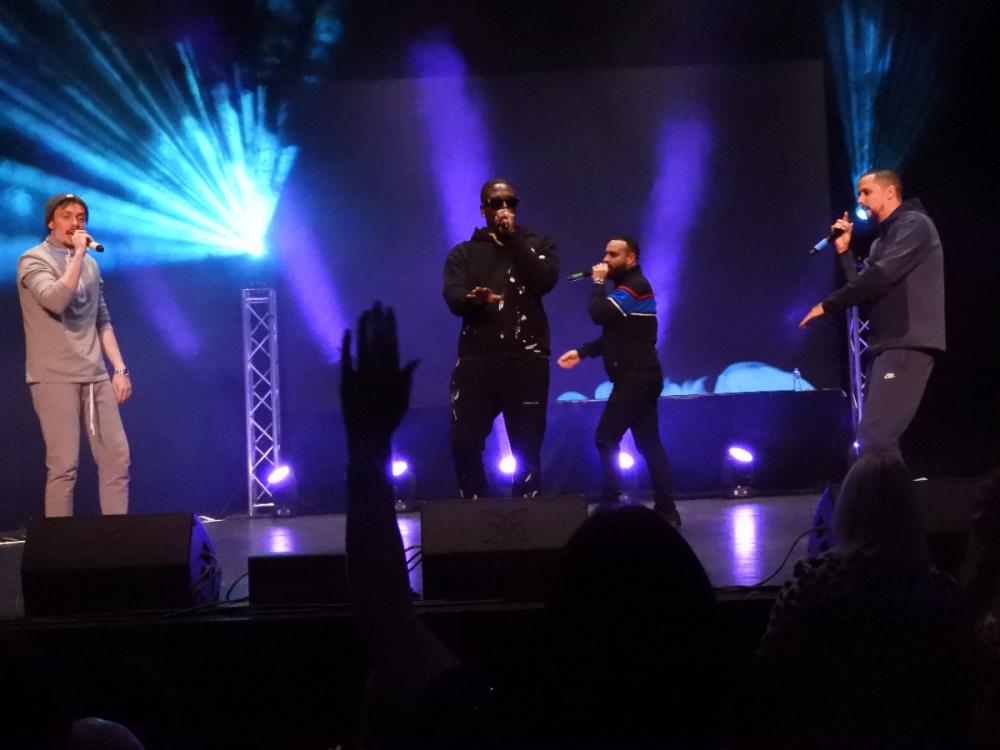 Blazin' Squad
Blazin’ Squad were always seemed as a more underground and credible boy band to the likes of their peers such as Blue. Mixing Garage and R&B influences the songs have worn well with Crossroads due to be covered by one of today’s pop acts

Back to the main bands

UB40
Celebrating their forty plus years of success, British reggae pioneers UB40 appeared to have a new lease of life with the band’s new singer and guitarist Matt Doyle offering youthful vigour, enthusiasm and fresh mpetus.

The horn section has always been an integral part of the group’s sound – and it was a novel idea to have the three-piece section standing separately at different parts of the stage. And percussionist Norman Hassan along with bassist Earl Falconer, were each given a chance to take over lead vocals, demonstrating the multi talents within UB40.

It would be easy to say UB40 has had its biggest hits by covering well established songs, which is true, however the band has a knack of making these songs sound like one of their own. Red Red Wine sounds uniquely theirs as the song was turned into a reggae version of the Neil Diamond classic whilst Cherry Oh Baby brought the Eric Donaldson track to the masses.

Conversely UB40’s own compositions such as Champion (written for the 2022 Commonwealth Games) and Food For Thought stood proud, the latter taking the fans back to the band’s early days.

UB40 is successful because their songs are familiar, comfortable to the ear and uncomplicated as illustrated in this riveting two-hour show. 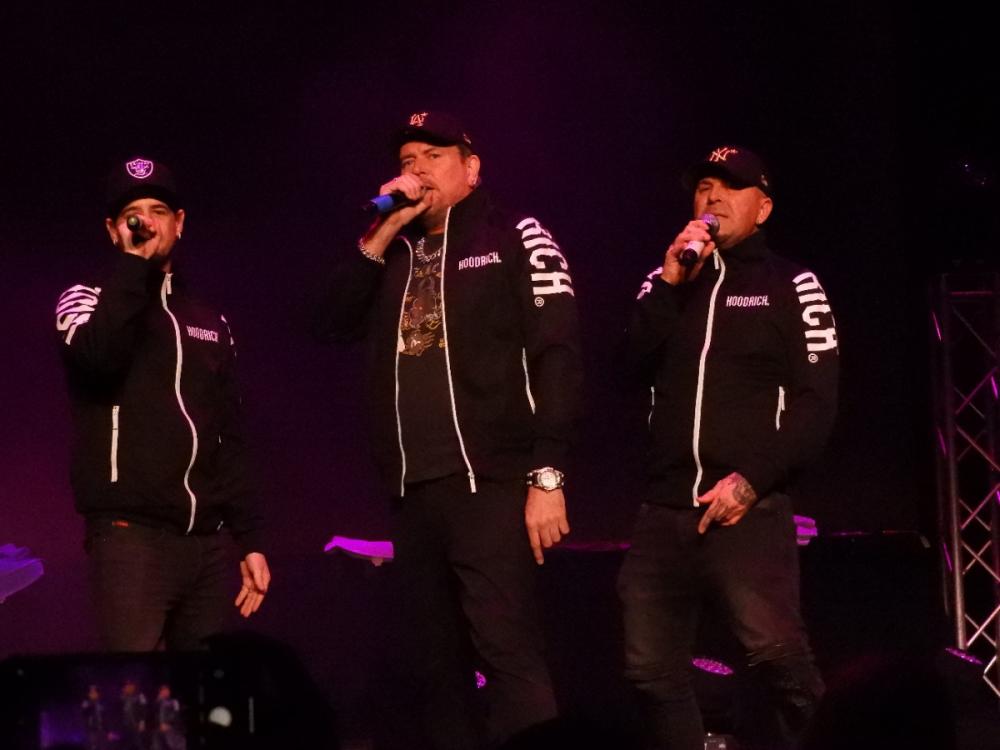 East 17
Meanwhile, East 17 gave a polished set making one realise how many big hits the band has had. Tony Mortimer, who wrote most of their songs, is no longer present leaving the current version of the band to continue with the legacy of his music. When Gareth from Bradford’s Bad Boy Chiller Crew joined the group to perform Stay Another Day it seemed like an early Christmas present for the fans with the atmosphere becoming euphoric, providing a rousing end to a night that had been far better than expected.

It was back down the M62 to the Warehouse in Leeds to hear Dave Hill lead Slade through a celebration of its back catalogue. 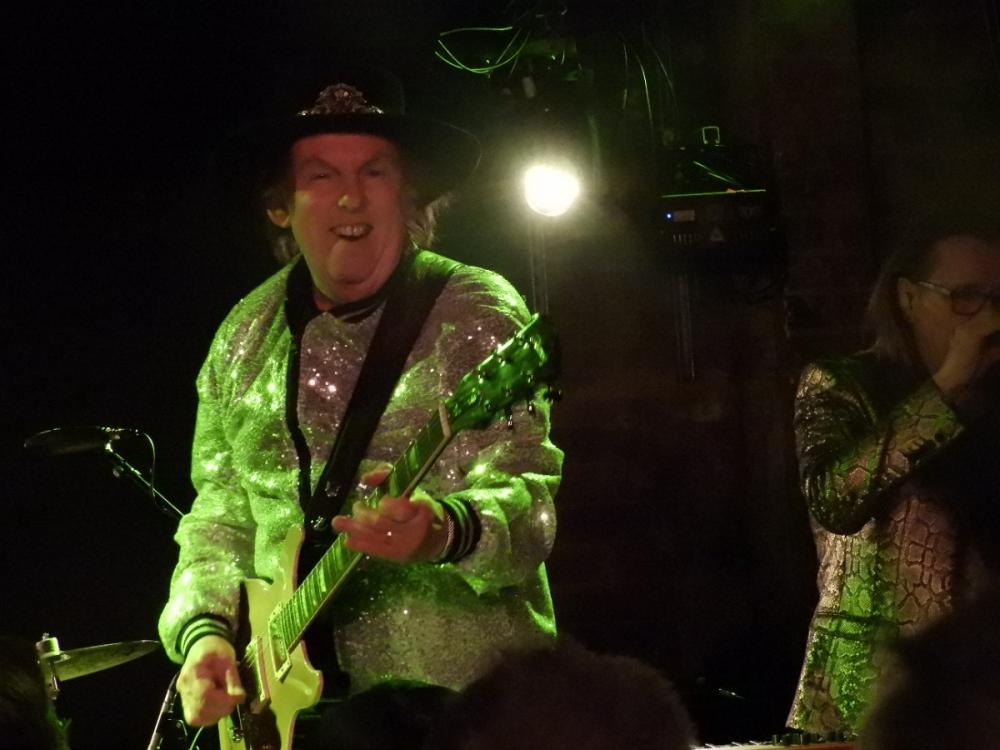 Dave Hill
Slade were one of the most influential groups in the seventies and again in the early eighties when they had a renaissance. Groups such as Kiss and Def Leppard owe a big debt to the group. Led by the effervescent Noddy Holder, Slade had a string of Number 1 hits with song titles that might have been mis-spelt, but were always full of youthful energy and melody, which meant that the band were regular visitors to the singles charts.

The only original member still in the group is guitarist Dave Hill. Would it all still work without Holder asking us if we were all still Crazee Now or wishing we were all Far Far Away?

It was an evening when it all clicked. Hill might be 76 years old though it did not stop him performing like someone half his age, with his trademark grin.