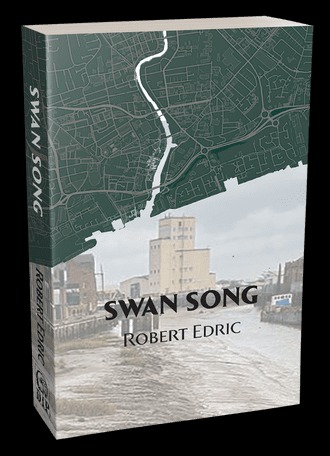 Like tuning in to a familiar television series, there is something comforting about reading a series of books involving the same principal characters. You get to know them, to discover their foibles and traits and they become familiar, almost friends.

So, it was with a degree of pleasurable anticipation that I picked up the third in the Song Cycle Quartet and met up once more with PI Leo Rivers and his news agency pals, Sunny and Yvonne. Having said how familiar they seem, Leo Rivers is still something of an enigma, hard to identify. He’s determined and dogged, single and kind-hearted, showing compassion where it is deserved and still intent on irritating any high-ranking police officer whose path he may cross. He enjoys a drink, values his friends and likes the company of women. Much more I couldn’t say; the case is more important than the man it seems.


The clues are there if you pick them up along the way but the real villain of the piece is not an obvious suspect and has a motive which is hinted at, though not revealed ...
The format is familiar: once more, Rivers is approached by the parent of one of the main characters who is central to a crime, this time the mother of the chief suspect who lies in hospital, in a coma, with a police guard. Her son is suspected of having murdered his girlfriend and was caught covered in her blood, having seemingly broken into a local Doctor’s surgery and plunged a needle into his arm, to further feed his habit. His mother insists he and his girlfriend were ‘devoted’ and that he wouldn’t, no, couldn’t, have killed her.

Once more, Rivers’ enquiries cause him to clash with the local Chief Super who has ambitions to be the next ACC. Once more, Rivers’ enquiries throw up more questions than answers and suggest links to other unsolved murders which have occurred in the area within the last two years. Again, the field of enquiry widens and takes Rivers into unforeseen territory. The clues are there if you pick them up along the way but the real villain of the piece is not an obvious suspect and has a motive which is hinted at, though not revealed, until the final stages when, once again, the pace picks up and the reader hurtles to the end.

Although driven by the narrative, characters do take to the stage. Sunny and Yvonne make a welcome reappearance and Yvonne’s caustic chastisement of both Rivers and Sunny is well placed. Leading the case, Chief Superintendent Lister is ambitious and not afraid to let everyone know it. He’s destined for great things and feels empowered by the support he enjoys from those higher up the pecking order, to ride roughshod over everyone else. His sergeant, Brownlow, is charmless; he especially enjoys sneering at the antics of Rivers and expressing his antipathy towards Sunny. Edric uses these characters to criticise a lazy and misguided local police force but in fairness, as ever, he offers a balance; once more, Rivers has the ear of the National Crime Squad, in this case, a chap called Mitchell, sent to keep a watching brief over the proceedings, and an expert profiler, Ruth McKenzie, who is the first to suggest the police may have got it wrong. Her explanations and theories make interesting reading for anyone interested in psychology.


Although driven by the narrative, characters do take to the stage. Sunny and Yvonne make a welcome reappearance ...
Set, again, in the run-down environs of Hull, Edric seems to politicise the local history more in this novel than in the previous two. The fishing industry and trawlers which used to provide work, money and not a little self-respect, have long gone, destroyed by government policies, and Edric seems to press this point home in some of the rantings of characters who have been let down by all and sundry.

He also makes clear the class divide: those with money and those without, and clearly demonstrates the misplaced arrogance of those who think they are somehow better simply because they have more in the bank. Weaver is a case in point. Parents grieve for their dead children no matter who they are. It is wrong for children, at whatever age, to die before their parents, and Edric displays compassion for people who are often neglected and ignored because they come from ‘the wrong side of the tracks’. His descriptions of their rundown homes arouse sympathy that anyone should have to live like that, and the grief they live with is real.

A word to the publisher of an otherwise fine novel: this pedant has picked up several grammatical inconsistencies in each of the books so far reviewed. Not many, but enough to irk and to suggest that they would benefit from a sharper editorial eye.